A school greenhouse in Springs honors a gardener while creating more. 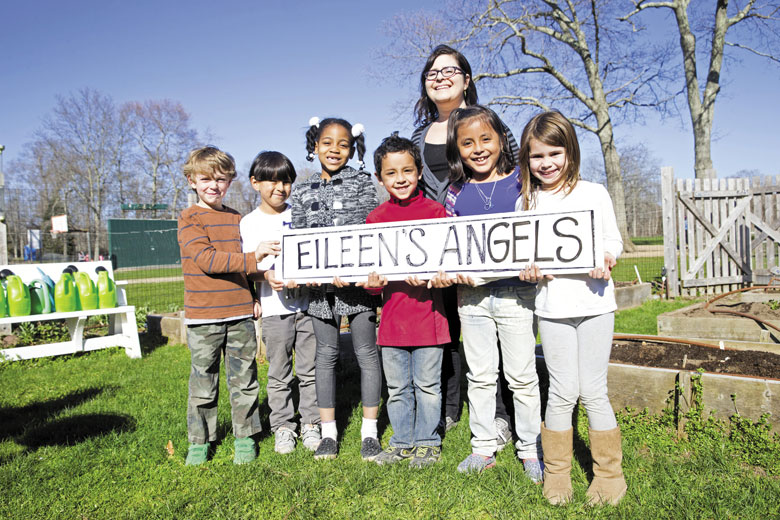 Hailey London with little gardeners at the Springs School.

In the Eileen Roaman Greenhouse at the Springs School, a visitor asks the greenhouse manager and garden educator Hailey London, “What’s growing on?”

The registered dietician, who has been known to wear a dragon costume to work, oversees Project Most’s Springs Seedlings, an after-school garden program at the Springs School in the East Hampton hamlet of Springs, otherwise known as “Bonac” after the nearby Accabonac Harbor.

The greenhouse is considered a year-round classroom, but due to all the snow this past winter the gas truck could not deliver fuel. “All the more reason to get solar panels,” says London. The students made the best of it, however, and harvested 100 heads of lettuce in January. “We made a school-wide salad lunch,” she says. “It was a lot of salad.”

The students made ranch, Greek and Japanese ginger honey dressings to top their mix of homegrown romaine, green crisp and red lollo lettuces, kale and carrots for 720 students, from pre-K through eighth grade. 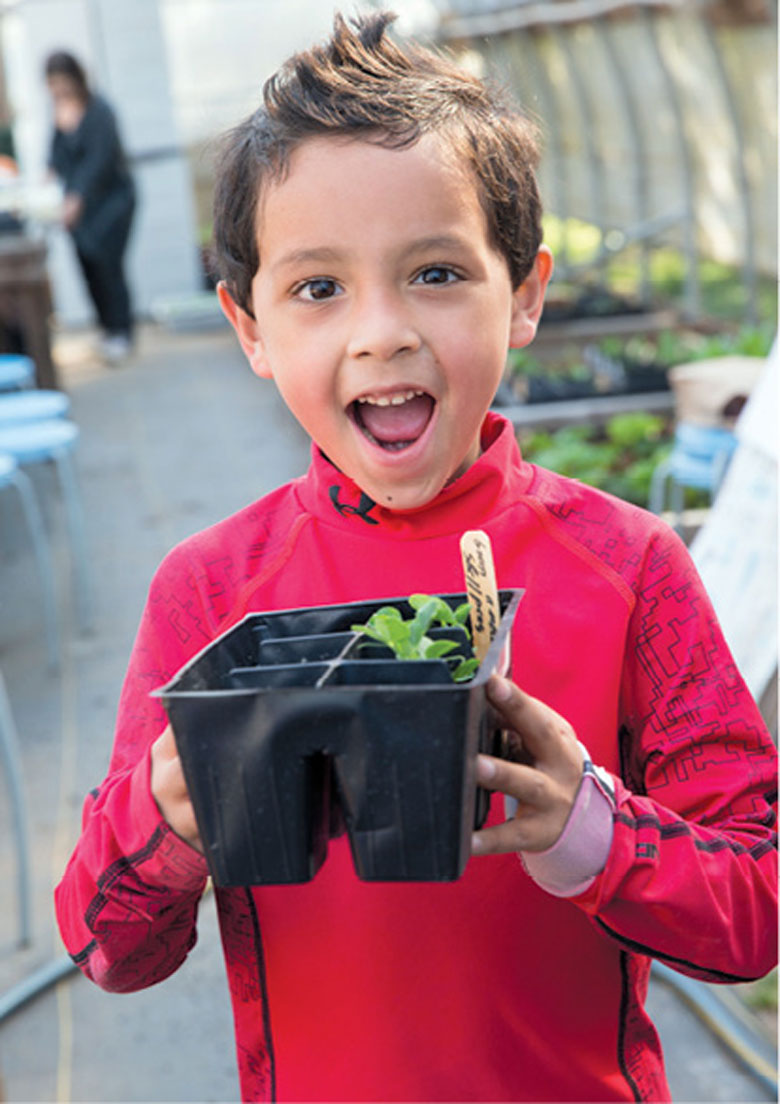 In March, the Springs Seedlings held their seventh annual Empty Bowls event at the American Legion Hall in Amagansett, where 30 local chefs dished out more than 300 bowls of soup. Seven thousand dollars were raised for greenhouse and garden box maintenance, seeds and soil.

Those same chefs donated recipes to the Spring Seedlings Cookbook, underwritten by local businesses. Soup recipes will include scallop chowder from the Old Stone Market, white bean, sausage and greens from Nick & Toni’s restaurant and vegan root vegetable, ginger and lemongrass soup from the Ross School.

Project Most serves 275 kids at Springs School at a cost of $60,000 a year. Parents pay $180 per month to enroll their child every school day from 3 to 6 p.m., planting seedlings, selling them at their annual plant sale in May and planting them in “theme” gardens such as “bug repellents” with rose geranium, lemon balm, lemongrass, mint and lavender, a notoriously difficult herb to grow from seed in the Northeast.

When school lets out, iGrow Summer Camp allows the kids and gardens to flourish. Sixty campers harvest from the garden and prepare lunch for everyone before heading home for the day. If the Nutrition Dragon has her way, there will be a farm stand in the very near future.

Throughout the year, London wrangles others in the community like farmers Katie Baldwin and Amanda Merrow of Amber Waves Farms to talk to the kids about the history of wheat growing and milling. Carissa Waechter of Carissa’s Breads baked “medieval” bread with them.

The owners of Simply Sublime, a health food takeout in East Hampton, taught the kids how to make sauerkraut, and Ian Calder-Piedmonte of Balsam Farms plans to plant garlic with them in the fall.

Quail Hill Farm has been a guiding light since the beginning, thanks to Eileen Roaman, a master gardener and Springs resident who helped get the program off the ground seven years ago.

Back at the greenhouse, a group of fourth graders stream in to plant cucumbers, melons and squash for the season. A few have lollipops dangling out of their mouths, giving the Nutrition Dragon quite the scare.

To learn about a fundraiser for the garden, click here. 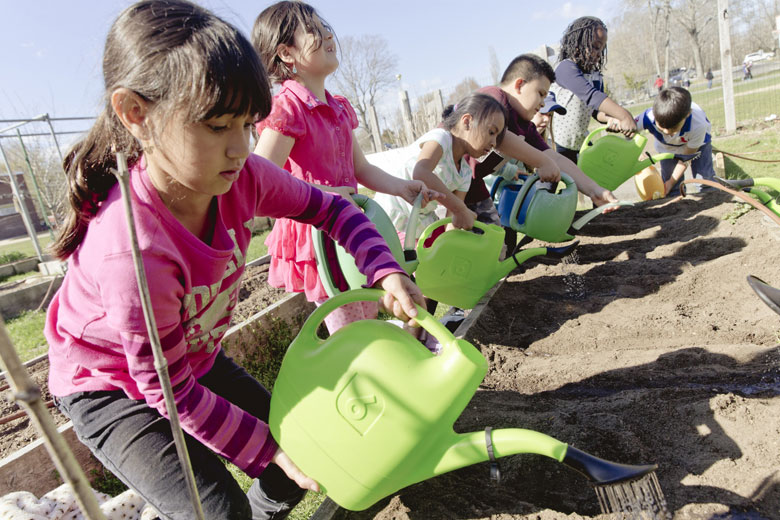