A horticulture expert takes sustainability to your landscape. 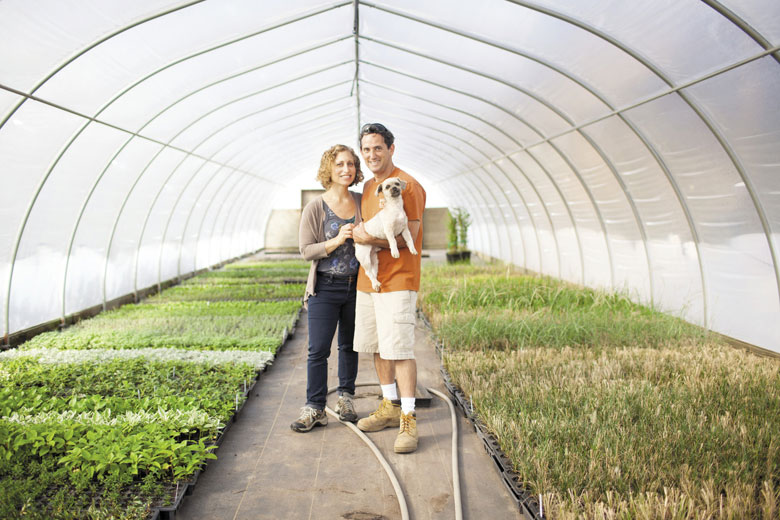 Barry Block with wife Beth-Ann in their Manorville greenhouse.

We could look at it this way: A garden or landscape is a single organism. Each plant is a different limb or organ. Fertilizer would be the food, of course, and water … the water. Companion planting and integrated pest management would be either inoculations or immunizations. Pesticides and fungicides would be medicine, like antibiotics, to be used sparingly. And the soil is the blood, nourishing and circulating through the whole system while reliant on its overall health.

Let’s go farther. What if part of our organism gets sick by invasion or systemically due to bad placement? Do we let it heal itself by withholding support to the affected area, or should we intervene by conducting tests and keeping it under observation?

“You have to have an understanding of what the landscape is going to do,” says Barry Block, who owns the East Moriches–based landscaping business that bears his name. “Nature wants to harmonize, just like your body; it wants balance.”

The doctor-patient analogy comes up a lot as Block talks about his 17 years in the business. He’s the doctor, and the patient is often the homeowner, who has to be educated, like any patient, about how best to take care of the body surrounding the mind. “I think people tend to kill plants with too much love,” he says. “The trouble with landscaping and homeowners is that they can do too much, instead of reminding themselves of the obvious, like a lawn requires a lot of care and ticks live in the woods, just like where they bought a house. ”

“You have to have an understanding of what the landscape is going to do; nature wants to harmonize, just like your body; it wants balance.”

Block runs his business, which he started in 1998, with his wife Beth-Ann; they have been married since 2004. In 2007 they started their own nursery where they now grow their own plants using the most sustainable methods possible. Block has mounds of compost composting at any time and uses that to fertilize all his stock. He also brews his own compost tea, a big bubbling cauldron of plant material. As of now, according to the Northeastern Farming Association of New York, there are no certified organic nurseries in the state, something Block doesn’t find surprising. It costs money to get certified and many people aren’t yet ready to pay the premium that would inevitably get passed on. One reason, he believes, is because people aren’t putting bushes and grass in their mouths and also because sometimes it is necessary for him to use conventional methods, like pesticides, to protect his investment. But his sustainable large-scale gardening is not in response to a trend. He says even in his early years integrated pest management was par for the course in the landscaping business. 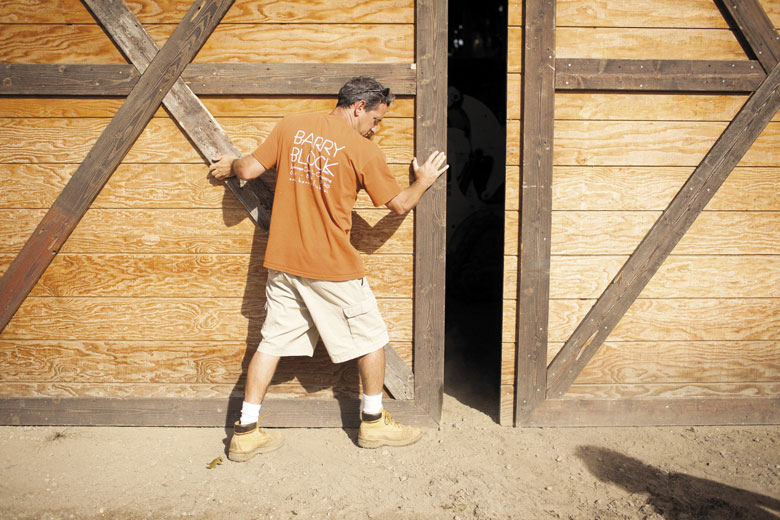 “A lot of horticulture is already ahead,” he says. “We’ve been using crop rotation, beneficial insects, combination planting and ground covers for erosion control all along.”

All along started for him during high school in Sachem, where his desire to be outside led to a small business mowing lawns. He soon realized he’d be better off learning more about the business. He started at the State University of New York at Farmingdale, which is well know for its horticulture program. After, he went to State University of New York College of Environmental Science and Forestry in Syracuse and graduated with a bachelor’s degree in landscape architecture.

“On Long Island, it’s a big industry,” he says, “and I was able to intern in some great operations like Whitmore’s in Amagansett and Marders in Bridgehampton.”

The more things stay the same—Block says people still want the same things in their yards they always did: color, low maintenance—the more they change, even though change can be slow. More and more plants are being put on invasive plant lists and have been banned from the soils. More people are realizing plants native to the area need less tending and feeding. And more people are giving in to the realities of deer dictating what can go in the ground. Unless your property is surrounded by a seven- to eight-foot-high deer fence, there’s no more hostas for you, or tulips or yews. 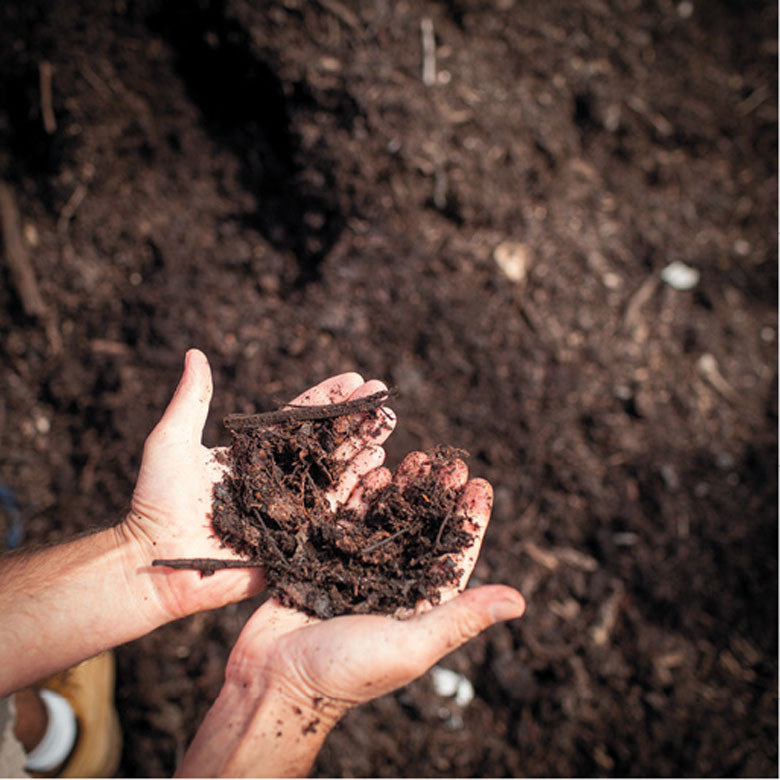 So when designing a new landscape, Block likes to minimize the open spaces and create “rooms” and depth and focal points that take into account how one approaches a property. Fragrance adds another sensory element. In a monoculture, like a lawn, disease spreads quickly, he says. Biodiversity can help prevent that.

“But sometimes people expect too much,” he says. “They want the biggest shiniest apples and the biggest flowers. They push and over-fertilize so things grow faster and harder; it’s not the way the plants are intended to grow.”