Cooking With Kids at the Heirloom Root

A daughter of East End farms starts her own business by putting kids in the kitchen. 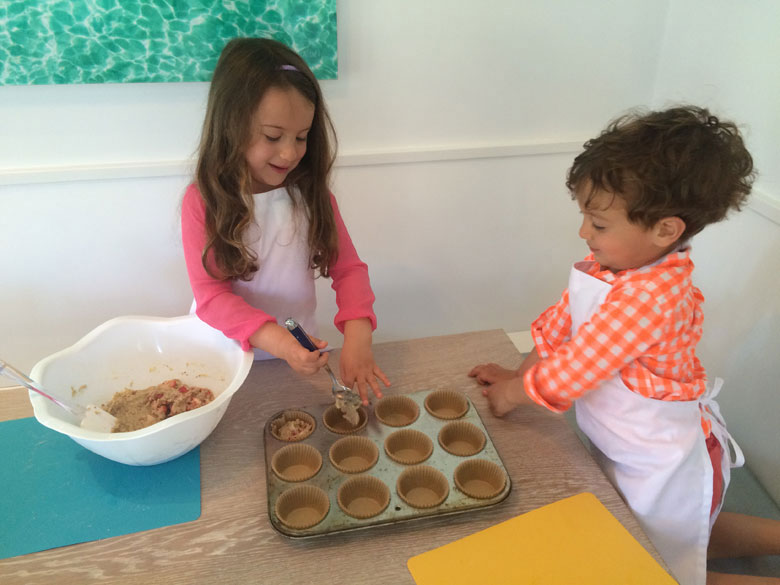 Forward thinking foodies, like I am, wish we could have grown up surrounded by parents as passionate and involved in the local food movement Christina Cassel of the Heirloom Root in East Hampton. Her father, Claes Cassel, works at Mecox Bay Dairy in Bridgehampton, and her mother, Suzanne Cassel, daughter of Salvatore Iacono of Iacono Chicken Farms continues in the family business.

“I grew up around local food,” she says, “living between two farms in East Hampton.” Cassel, a one-woman culinary powerhouse, offers classes to children ages 2 to 18 using the touchstone of home-cooked fare to make farm to table real to instill how “eating locally, organically, all natural, and homemade is the foundation to our health and well being.”

The thought of cooking toddlers my mind with a brigade of little Anita Los and Jean-Robert de Cavels standing a little unsteadily but whipping up delicious meals with the freshest ingredients to be found on Long Island. “We do ingredient identification,” says Cassel. “We work with basic numbers, say we need four tomatoes and one baguette; we work on motor skills, using scissors to cut up herbs, stirring, and the like.”

Before the Heirloom Root, Cassel worked in food service jobs, including teaching at the Art Farm and in retail at Loaves and Fishes. She interned at a bakery while studying for her master’s degree in food service education at Johnson and Wales University in Providence. At the Art Farm, she discovered her passion for cooking, and for teaching children to cook.

“I had a group of kids who were around 3 to 10 years old, and I’d brought a cinnamon roll recipe to bake that day, and we ended up dividing the tasks according to everyone’s ages,” she says. “So maybe the 3-year-olds stirred the ingredients to make the dough, the 6-year-olds rolled it, and the 7- to 10-year-olds punched and cut it into shape and put it in the oven. The way the different age groups worked together really made everything click. I hope to be able to have that happen over and over with the Heirloom Root.”

Those interested treating their children or someone else’s to cooking classes, visit Cassel’s Facebook page or e-mail. 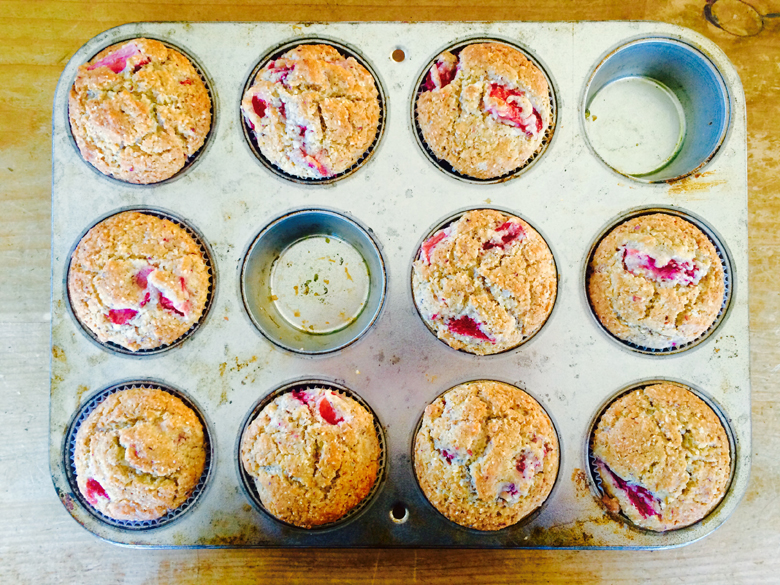 Cassel’s cooking classes also include recipes and methods for special diets. Here’s her recipe for gluten- and dairy-free muffins that will take advantage of the rapidly approaching strawberry season. Yields 12 muffins.

Directions
Preheat oven to 400 degrees. Line a muffin pan with liners. In a large bowl, mix together the cornmeal, gluten free flour, sugar, baking powder and salt. In another bowl, mix together the coconut oil, coconut milk and eggs. Add the wet ingredients to the dry ingredients, mix until just combined. Fold in cut strawberries. Divide the batter into the 12 muffin liners. Bake for 30 minutes or until golden brown. Let cool for 15 minutes. Enjoy warm muffins with non-dairy butter and honey.