And find out all the other markets on the East End here! 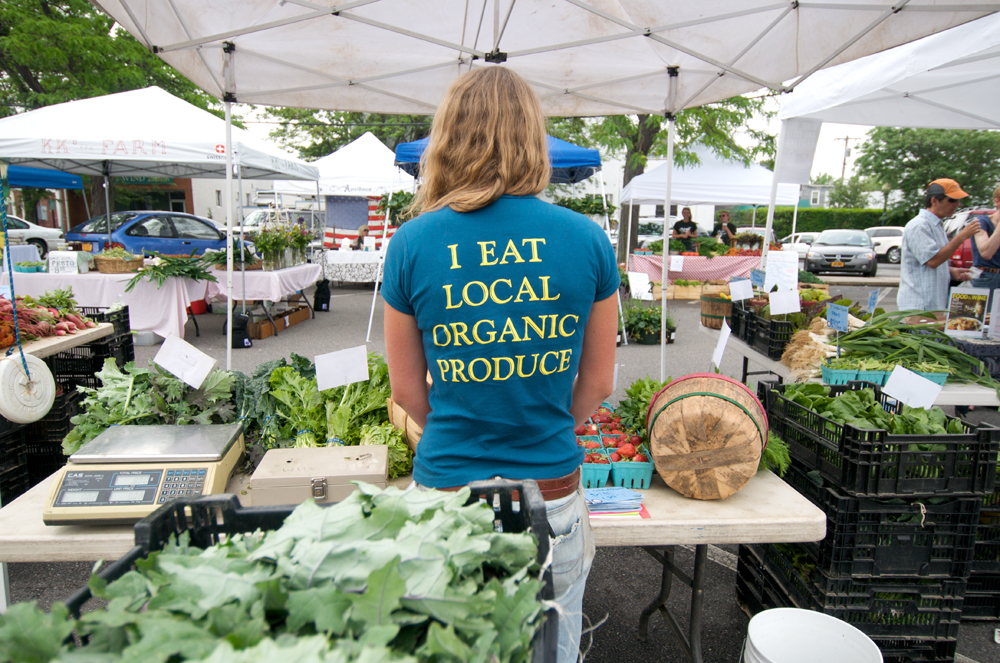 The market is held every Friday, 9 a.m. — 1 p.m., May 22 — September 4, in the parking lot of Nick and Toni’s at 136 North Main Street, East Hampton. The market was started in June 2006 by Joe Realmuto, head chef of Nick and Toni’s and a devoted supporter of  East End organic producers, to have a place where local producers and chefs can interact. Nick and Toni’s is truly a “slow food restaurant;” menu items are prepared from produce and herbs grown in the garden at the kitchen door. The restaurant has hosted the market free of charge for the last nine years.

With five new vendors this season alone — Browder’s Birds, Bonac Farms, Kalypso Greek Yogurt, Talk Treats to Me, and Southampton Soap Company — the only downside to the current location is the amount of vendor space. Market manager Kate Plumb would like to move onto the historical property across the street, but under the stipulations of the Community Preservation Fund the land cannot be used for commercial purposes. The law was put into effect to acquire land in order to preserve the community, and yet now that same law is hurting the farmers that need to thrive in order to make the community thrive. If the market moves across the street, says Plumb, it will get “exponentially bigger.”

When it comes to food “people are sorely missing the person to person interaction,” says Plumb, and at a farmers market, along with the “safety in knowing where your food is coming from,” there is “a magic that happens.” There old friends bump into one another and inevitably invite one another over for dinner to catch up and cook what they have bought. A chain reaction starts and the entire food experience, from producing to purchasing and cooking, becomes an exciting act of communion. Food starts the conversation at the farmers market and that conversation starts a larger conversation about our food.

For general information about the East Hampton farmers market or to sign on as a vendor, please contact Kate Plumb.