Name the Three Ingredients in an Aspen Manhattan Cocktail

A Greenport oysterman returns from a train trip to Colorado with an appreciation for the local spirits. 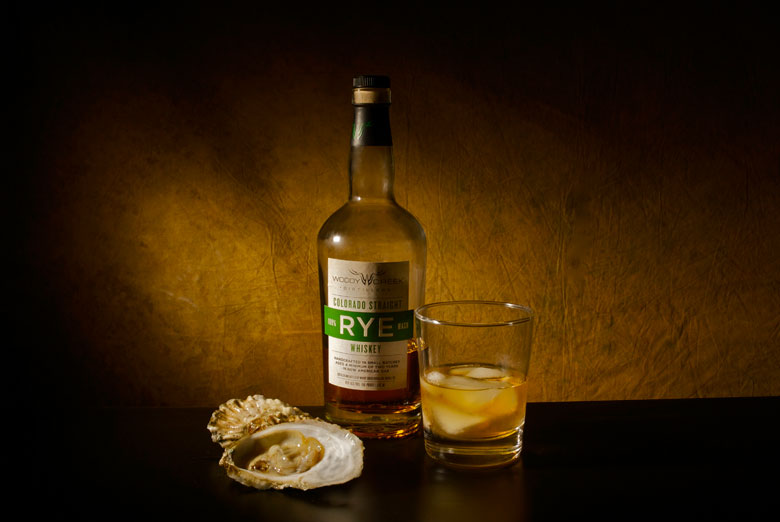 After shoveling multiple blizzards out of our oyster boat, we decided to haul it out of the bay and take a healing dip in the waters of Glenwood Springs, Colo. Set on the confluence of the upper Colorado River and the Roaring Forks Creek, the town of Glenwood Springs was built around the world’s largest hot spring and North America’s only “vapor cave,” the Yampeh Vapor Cave.

After a few days of soaking, we ventured up the Roaring Fork to hydrate ourselves with a distillate of 100 percent Colorado rye and Aspen mountain spring water. Truly, there is not a smoother spirit than the Woody Creek Colorado Rye, unless it is the shamans who inhabit the depths of the Yampeh Vapor Cave.

We arrived at the distillery in Basalt, Colo. by bus, two thirds of the way up the Roaring Fork to Aspen. We tramped downhill through the potato fields where the source product for Woody Creek Vodka sprouts. The pristine Roaring Fork’s waters nourish the potatoes and rye, and Woody Creek Distillery blend the mashed starches and mountain spring water for an elixir unmatched.

Truly, there is not a smoother spirit than the Woody Creek Colorado Rye, unless it is the shamans who inhabit the depths of the Yampeh Vapor Cave.

After a taste of the Aspen Manhattan (two parts Colorado rye, one part vermouth and some bitters legal only in Colorado), we immediately inquired about taking a 20-liter barrel home on our train ride back to New York. Distiller David Mathews was intrigued by our request to stash a keg of his whiskey into our deluxe Amtrak cabin eastbound, but none of the small barrels had achieved the perfection he insists on before leaving Basalt. Thus, we sated our thirst by buying a brace of bottles and carrying them back down the Roaring Fork to the hot springs and vapor caves.

The return train ride home, which I contend is the only civilized mode of travel in the modern day, was a relaxing vista of American Beauty: the untouched gorges of the upper Colorado, the nesting grounds of the Platte, the wide Missouri, the Mighty Mississippi, the Wabash and the Shenandoah — all the while sharing a few drams of Woody Creek Rye with fellow travelers.

Fortunately for New Yorkers, Woody Creek has just found a local distributor. If you have the time, take a round trip sleeper to the source waters and bring home a keg.