Geared up by the first regional seed swap, Out East Foodie starts her garden. 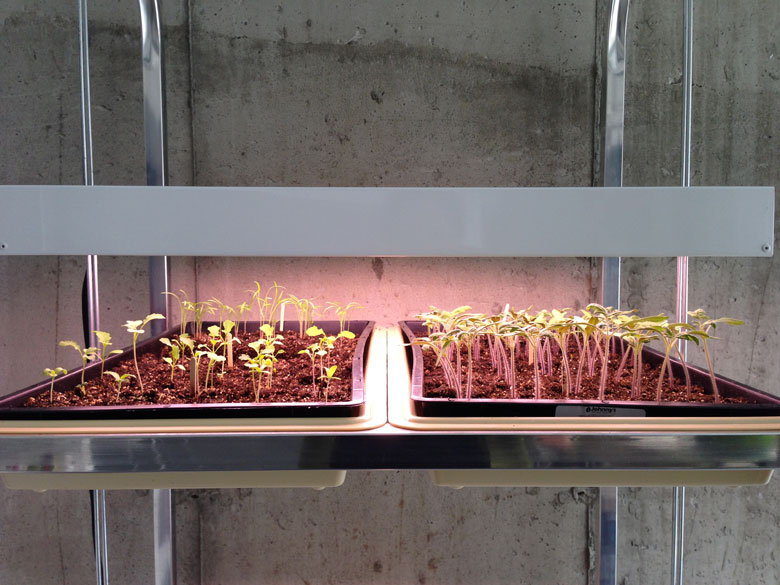 Broccoli raab and fennel seedlings on the left, tomatoes on the right.

I envy folks with a green thumb and idolize others who save seeds. My first herb garden last year had me giddy. The basil, oregano, sage and rosemary bush seemed to be in a race to reach the sun, while the thyme took it slow. I made a few blunders along the way: uprooting a perfectly healthy pineapple sage during the hot days of summer in hopes to show its bushier side (I cried as it wilted for weeks) and neglecting to dead head the flowers of the basil for a fuller growth; that may have been an optimal time to save seeds.

My interest to save seeds was piqued when I attended the 1st Annual Long Island Regional Seed Consortium seed swap in February. The voracious seed saver, Stephanie Gaylor of Invincible Summer Farms, discussed seed saving basics. Afterwards, we all swapped and salivated about what could possibly grow from a teeny tiny morsel.

With seed bundles in hand I was ready to grow. Now what? I began designing our rooftop garden and bought a germination cart, soil blockers, trays, lights and seed sprouting soil. Here I was, ready go and I stared at it for days. I panicked at the thought of dropping a seed into the soil, so I contacted seasoned gardeners and farmers on what to do. Most simply said, “Dig-in.”

Once set, I waited a few days before my first sprout appeared. I felt like an expectant mother, giving birth to a beautiful baby pink flamingo Swiss chard.

As the snow was falling, so was the dirt on my dining room floor. My hands became dry and the nail beds were filled with mud; my appreciation for farmers hit me in spurts. Meticulously, I labelled and drew tray diagrams of what vegetable, herb, flower or fruit was sown.

Once set, I waited a few days before my first sprout appeared. I felt like an expectant mother, giving birth to a beautiful baby pink flamingo Swiss chard. Days later, others appeared. How cool would it be to save seeds from the plants I am cultivating? I grabbed my nifty seed saving chart Gaylor provided and began to look at the pollination, isolation distance, number of plants needed, seed life and what cross pollinates. The isolation distance for most plants to not cross pollinate is a half mile; my heart got heavy. 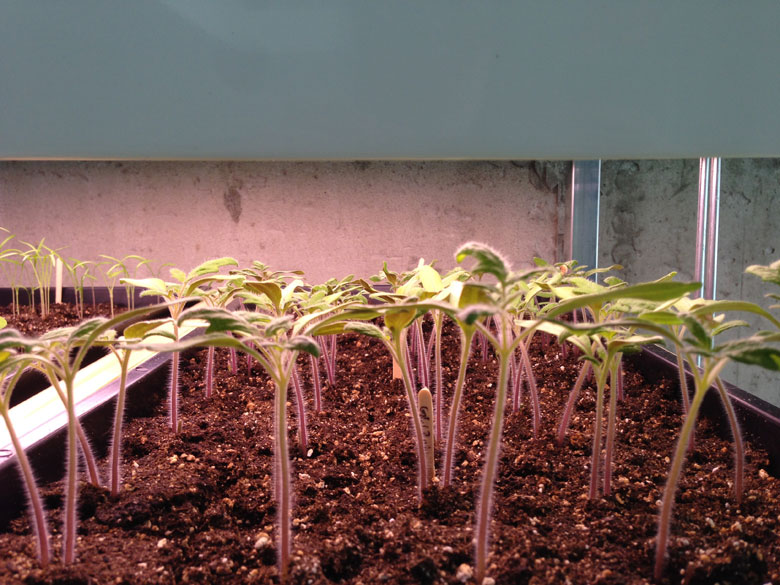 If you do not own a few acres, what do you do? I contacted Stephanie to ease my naivety. She said, “You cover and isolate the blossom.” I sighed at her wisdom, but my lack of knowhow still lingered. So I signed up for the October morning class to sprout my seed saving knowledge and grow my green thumb.

Basic seed saving courses are being given by Gaylor with LIRSC at Invincible Summer Farms at 4280 Youngs Avenue in Southold on Saturdays, July 11, August 8 and October 10. Two convenient time slots are offered: morning class, 9 a.m. – noon; afternoon class, 2 – 5 p.m. Classes are $50, and all proceeds benefit LIRSC. Space is limited!