“Consider what each soil will bear, and what each refuses.” —Virgil (29 BCE)

As a student of viticulture, I’ve been studying soils for a long time. They’re not described with the same romantic language as, say, the wines produced from them, but they are profoundly important. To me, soil is the most influential factor in defining a wine region’s terroir. But when much of the New World talks about winegrowing, there’s often a dearth of information regarding soil and its impact on wine. This is a distinctly new-world philosophy—winemaking often takes precedence over inherent vineyard characteristics. Of course in the Cool New World, we look at things much differently. In temperate winegrowing areas, soils can make or break a wine region.

Unlike most of the winegrowing soils of Europe, Long Island’s soils are geologically new; the last glacier receded only 11,000 years ago, when tremendous mountains of ice ground rock into gravel, sand and silt. As the glacier melted, the resulting deluge carried and sorted the sand and gravel, which were deposited on a broad area known as the glacial outwash plain. As the ice kept melting, this plain was covered by water and wind-deposited silt, clay and fine sand, creating the topsoil of the island. 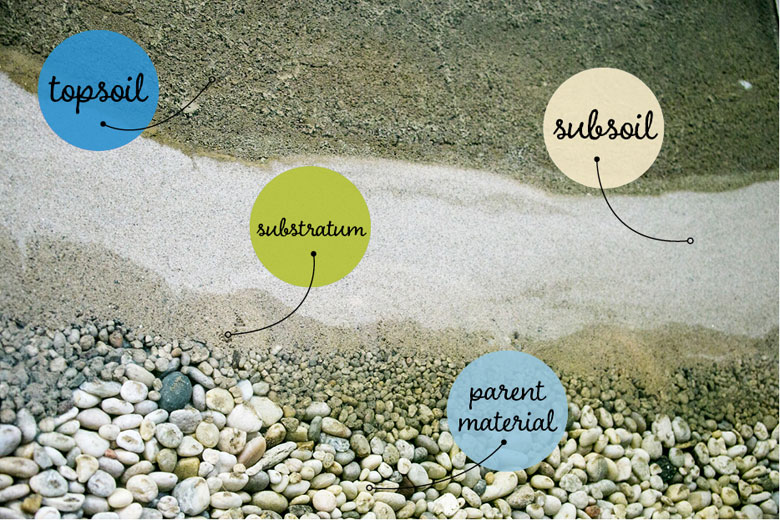 Most vineyards on the North Fork are planted on what’s commonly called Haven loam and, to a lesser extent, Riverhead Sandy loam. Geologically defined as a soil with roughly equal proportions of sand, silt and clay, these soils provide significant differences in vine growth as well as wine style. Red wines grown on Haven loam have an expansive mid-palate and can be dense and powerful, while reds made from Riverhead soils are often lighter in body and color with a pronounced “gravelly” feel. Both are naturally acidic and contain substantial amounts of aluminum and iron, lending to the minerality and “steeliness” tasters often find in our red wines. Some varieties show their preference: Merlot and cabernet franc grow better in Haven loam while sauvignon blanc and cabernet sauvignon excel on the more arid Riverhead soils.

But what really makes our soil so perfect for growing wine grapes? With rain inevitable during every growing season, our well-drained loams keep the vines from taking up too much water, which forces them to grow more slowly and keep excess water out of the fruit. Roots are forced to dig deep into the subsoil in order to drink, making them even more resistant to periods of drought. The combination of sand, silt, clay and gravel has just enough inherent fertility and organic matter to allow wine grapes to succeed, but make them work hard for it.

The reputation of North Fork wines is literally rooted in our soil. The grinding glaciers left us with a perfect confluence of events creating one of the most unique microclimates on the entire East Coast. No other place in the world can duplicate what we have. The world renowned Australian viticulturist Dr. Richard Smart, on a rare trip to Long Island in February 2000, stated the soils of Long Island “are among the finest soils for grape growing that I have ever seen in the world.” With a benediction like that, we are obliged to learn as much as possible about our soils while simultaneously cherishing and stewarding this precious natural resource—the haven of where we live.