The off-season is spent in the depths of food safety. 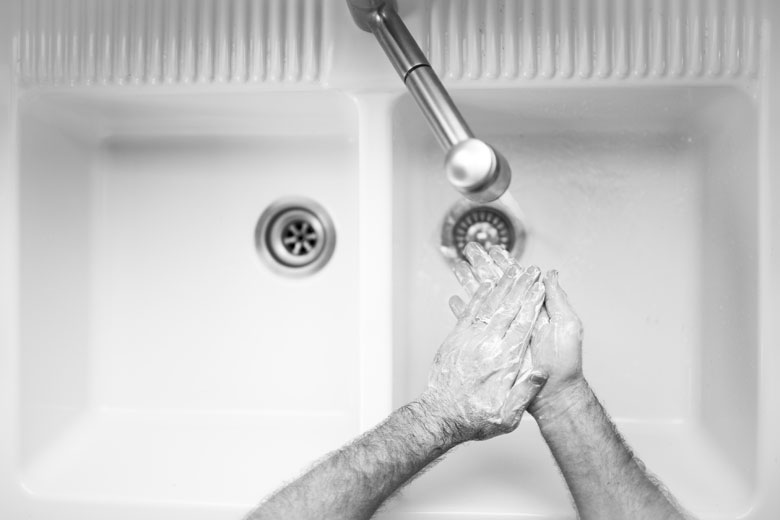 As talking about food can stimulate one’s appetite, so talking about germs can make you sick. In the spring people often ask me what I did all winter. I don’t think they are interested in the snow, the chickens, the repairs and improvements. What customers want to know is that their farmer went to conferences!

There are banquets and dinners, elections and honors. There are trade shows and seminars, webinars and forums. As harvest season slows, the information and compliance season begins. All over the Northeast, in upstate cities and rural resorts, farmers are not in the rows but in the future. From these seats and folding chairs, they see what will be coming at them. Some of it is innovation, but much of it is about regulation or coping with regulation, which means paperwork. Paperwork is not mere work upon paper. Rather, it documents the trail a farm will forge with its logbooks, inspectors, certifying agencies, audits—you name it—fees and fines. One workshop offered this winter was about GAPs. Regulatory agencies within our government label edicts with acronyms. It is as if the shortened specific can make the inherent, often-redundant complexity easier to swallow. GAPs stand for “good agricultural practices.”

It was a raw morning last February. The farmers were made comfortably welcome at the J. Kings facility in Holtsville. Kings is a regional food purveyor; their distribution is the fulcrum between many Long Island farms and the larger market place. Staff from Cornell Cooperative Extension were there, as well as the Produce Safety Alliance and the New York State Department of Agriculture and Markets. These agencies and organizations work toward the viability of our local farms. Though the topic of the day wasn’t exactly farmer friendly, the coordinators were. We were all there as agents of the agricultural industry trying to grapple with the government responding to alleged consumer-driven concern about food safety. Introductions moved from the front of the room to the back. It’s a minimalist discourse, but a careful listener could hear the peeve in most voices as the farmer stated his name, what he grows and where. The lights dimmed and the PowerPoints began.

This view of humanity, as mere hustlers for the microbial world, seems like a demotion. But the notion is not unfamiliar to farmers.

The farmers were given a concise and fascinating course about microbiology. Not just the deadly little buggers’ traits and strategies, but how humans are the victims and progenitors of these marvelously devious organisms. This view of humanity, as mere hustlers for the microbial world, seems like a demotion. But the notion is not unfamiliar to farmers. We work in and with the dirt. We are a minority that produces food for the majority, and our actions or inactions can have consequences for hundreds, even thousands of perfect strangers. When we see pie charts that depict foodborne illnesses we better understand our “risk pool.” But we also weigh background information. It seems exhaustibly lucky we eat at all. The presenters know this. They also know food pathogens exist in the most important assets of any farm: soil, water and workers (human and animal). No other profession is permanently poised here.

We heard several times over how it is impossible to eliminate risk, but what we must do is constantly try (and document) our efforts to reduce it. The scientific material was expertly interwoven with compliance material. From the elementary—try singing the birthday song two times through as you lather and scrub your hands—to the terrifying case studies offered as caution: An outbreak in melon or spinach anywhere can raise financial havoc everywhere. Non-affected farmers won’t be able to sell fresh melons or spinach either. Even if your stuff is clean, the market panics. Call it the comedy and stick approach, if you will, these rules are meant to protect the farmer, too. The skepticism is tangible. When a presenter stops and asks if there are any questions, the very first has editorial impact: “Good morning ma’am, I’m sitting out here trying to decide whether I’m going to keep farming or not.” This dark bit of levity caused a chuckle from the audience and from the speaker, too. A few guys who’d been sliding down their chairs, pulled themselves back up.