The art of collecting oyster plates. 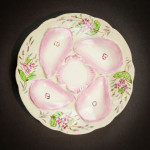 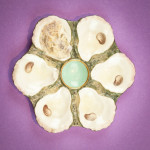 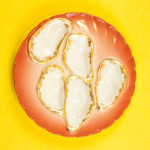 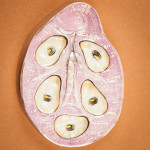 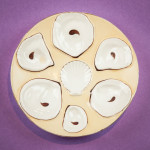 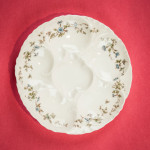 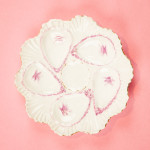 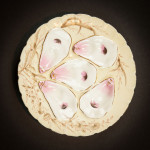 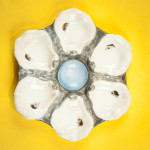 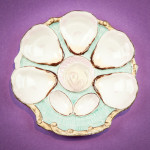 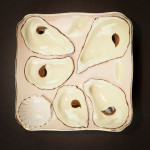 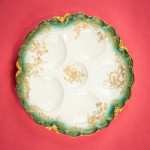 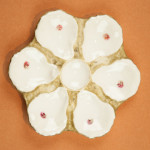 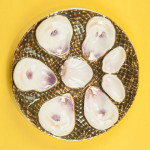 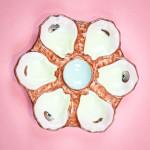 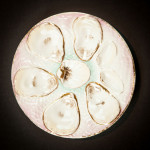 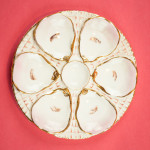 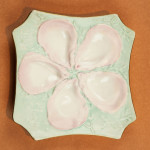 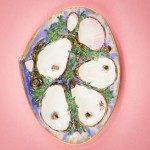 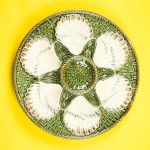 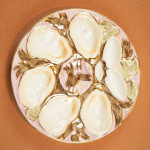 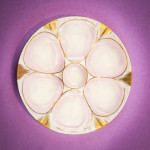 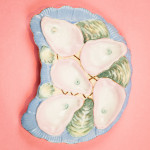 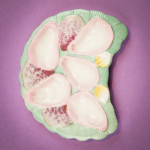 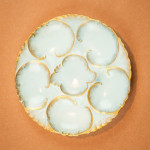 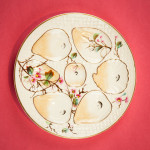 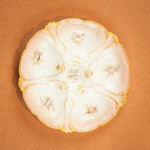 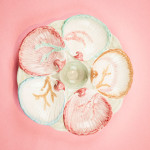 Victorian dinners were grand affairs with ornately set tables. It would not have been uncommon to find 24 pieces of silver flatware at each place setting: forks for oysters, fish, lettuce, dinner and ice cream, knives for butter, cheese, game, roasts and fruit and spoons for horseradish, marrow and dessert. Given the appetite that Victorian folk had for oysters, it should come as no surprise that lavishly decorated oyster plates were as commonplace as dinner plates on properly set tables in the late 19th century.

The finest oyster plates are works of art with colorful hand-painted details such as flowers, sea creatures and shells.

Highly collectible, Victorian-era oyster plates can be found in a wide variety of patterns, shapes and sizes. Most plates were designed with either five or six wells for the oysters and a separate well for sauce or horseradish. The more embellished plates held shucked oysters; coarse oyster shells could wreak havoc on porcelain plates. The finest oyster plates are works of art with colorful hand-painted details such as flowers, sea creatures and shells. Today collectors pay $40 to upward of several thousand dollars per plate, depending on condition and manufacturer. Some of the more popular makers of oyster plates include Haviland and Company from Limoges, France; Minton and Wedgewood from England and Union Porcelain Works of Greenpoint, Brooklyn, one of the first and foremost manufacturers of porcelain in our country. Take a look on the underside of either a kidney-shaped or clam shell–shaped oyster plate; if it is marked with Union Porcelain Works’ “UPW” hallmark, it is a gem in the world of antique oyster plates.

We were recently awed by the oyster plate collection of East Hampton resident, Nancy Silberkleit. A collector of both antique oyster plates and Archie comics and memorabilia, Silberkleit is clearly fond of the unique. “Oyster plates are romantic. They create an intimate setting at a dinner party. I look for an excuse to serve oysters just to show off the plates,” she says. “So much thought went into setting a table at that time. It’s almost a royal moment and a connection to the Victorian era.” Fresh local oysters served on antique oyster plates, undoubtedly a resplendent repast.

Jonathan Swift wrote, “He was a bold man that first ate an oyster.” Well, she is a smart woman that collects oyster plates.