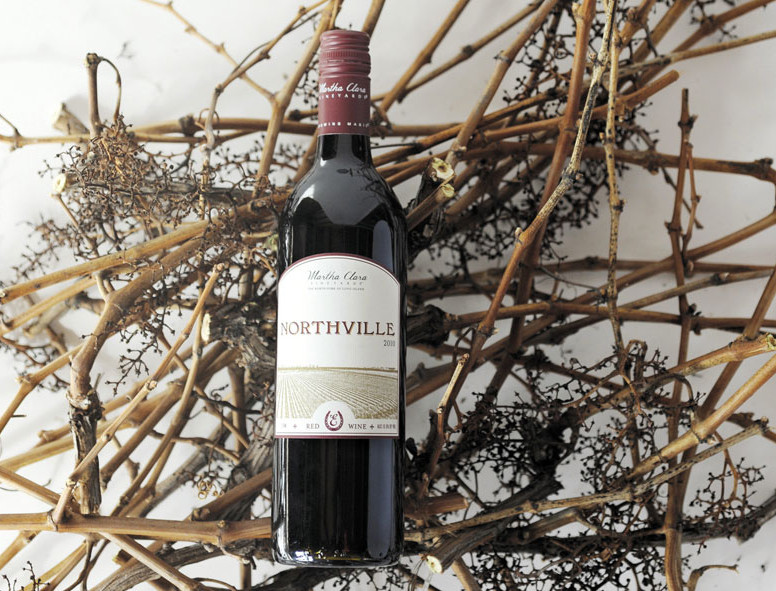 The label on the bottle of Martha Clara’s 2010 Northville Red is a plain drawing of a flat, furrowed farm field. Northville is in the wide farm belt north of Riverhead, a down-to-earth place where the old families like the Youngs and the Wells have farmed for 350 years. When you drive through on Route 48, there are any number of working farms to admire, with their row crops, weather-beaten barns and giant irrigation pipes, but otherwise it doesn’t look like much is going on. That assumption would be wrong; there’s plenty happening here in this complex community you can’t see from a car window.

The Northville Red is billed as an unpretentious, medium-bodied blend that’s meant to pair with hearty fare. “I’m looking for soft tannins and well-balanced acidity, to make it super-easy drinking,” says Juan Micelli-Martinez, winemaker and general manager at Martha Clara Vineyards, which has more than 100 acres of vines sustainably grown on its estate in Northville. “Like, so easy drinking that you are surprised how quickly you empty the bottle!”

Sounds simple, but like Northville itself, there’s a lot more going on than meets the eye.

At this stage in his winemaking career, Micelli-Martinez could make a decent red blend with his eyes closed. But instead, he decided to put a lot of extra work into this project. The blend is mostly merlot, with cab sauvignon, cab franc, malbec, petit verdot and, in a departure from a traditional Bordeaux-style blend, a little syrah. Each varietal was fermented separately on the skins and allowed to macerate for up to 30 days before pressing. Only the free run was used, then the wine went through malolactic fermentation, was blended, aged for 16 months in French, Hungarian and American oak, racked five times and, lastly, bottled unfiltered and unfined.

It’s got aromas of dried herbs and blackberry/black currants, with a woodsy, earthy note, and has a decent balance of fruit and tannins, with not too much acidity.

The results are true to the winemaker’s intent. It’s got aromas of dried herbs and blackberry/black currants, with a woodsy, earthy note, and has a decent balance of fruit and tannins, with not too much acidity. The year 2010 was an excellent vintage, especially for the region’s favored reds—merlot and cabernet franc—and in this blend the merlot stands out. I had it with a bowl of chili, after a cold, gray day, and it did indeed disappear quickly. This would also be a good summer-grilling red.

And there’s a message in the bottle, as it were.

“The Northville Red is a wine conceived out of a desire to pay homage to the land,” says Micelli-Martinez. “Many of our wineries are on the North Fork [to the east], and I wanted to further designate our ‘piece of dirt.’ I also just think it’s a pretty cool name for a wine. It would be neat to see more wines named after specific geographical areas on the North Fork.” 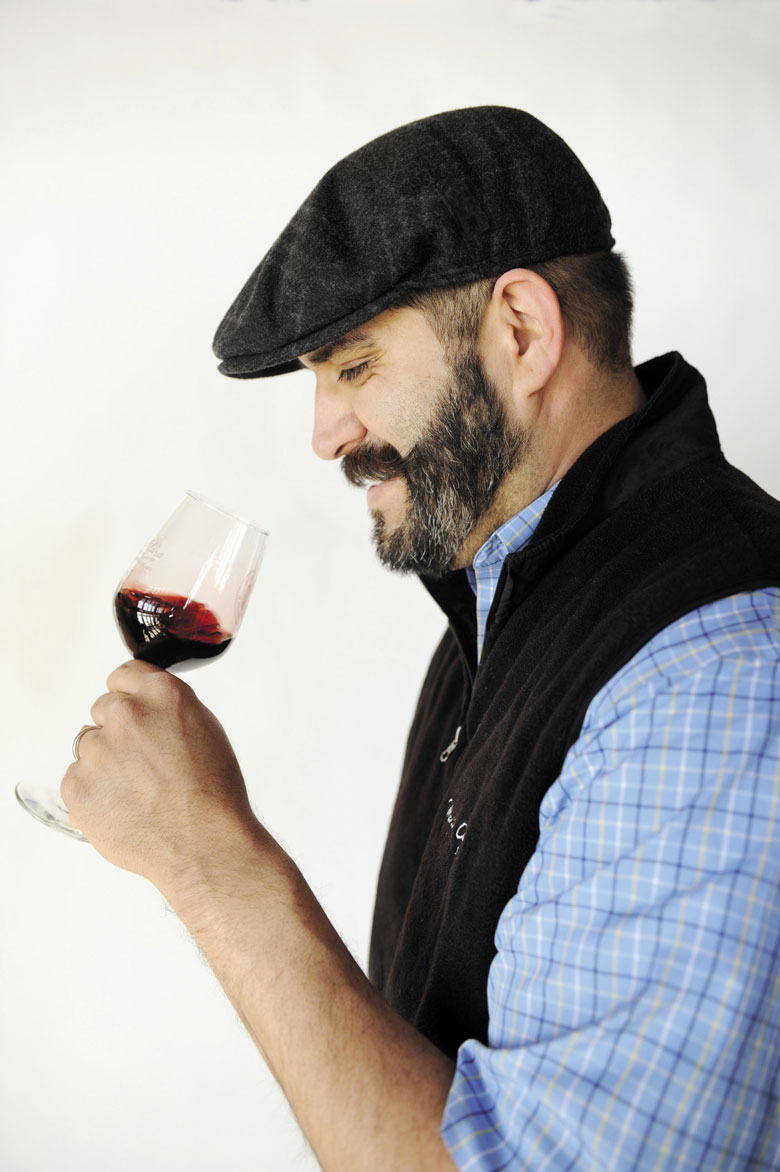 He developed the idea in collaboration with the Hallockville Museum Farm right across the road, which tends to the long, interesting history of this farming enclave through its collections, livestock and summer programs. Riverhead town historian Richard Wines, who hails from a Northville farm family, also assisted with his vast store of local knowledge.

The Northville Red has also strengthened Martha Clara’s industry connections. Not only is the 2010 a solid addition to the ranks of Long Island blended reds and winner of best Bordeaux-style blend on the East Coast by the Atlantic Seaboard Wine Association, it did not go unnoticed by the Long Island Merlot Alliance. It’s a local trade organization that, in its own words, “strives to promote the full potential of the Long Island appellation in producing superior-quality, age-worthy, balanced classic merlot and merlot-based blends.” Martha Clara is now its newest member, and Micelli-Martinez is excited about the alliance’s research work.

“In time, we’ll find many similarities and differences in the microclimates of the North Fork,” says Micelli-Martinez. “It will be very cool when we begin to recognize the subtleties. I believe we just have to look a little bit more closely and we’ll find more complexity.”

Scratch the surface and there’s so much more to see, just like Northville itself and its new native wine, the Northville Red.