A potato base and 28 botanicals make this local spirit. 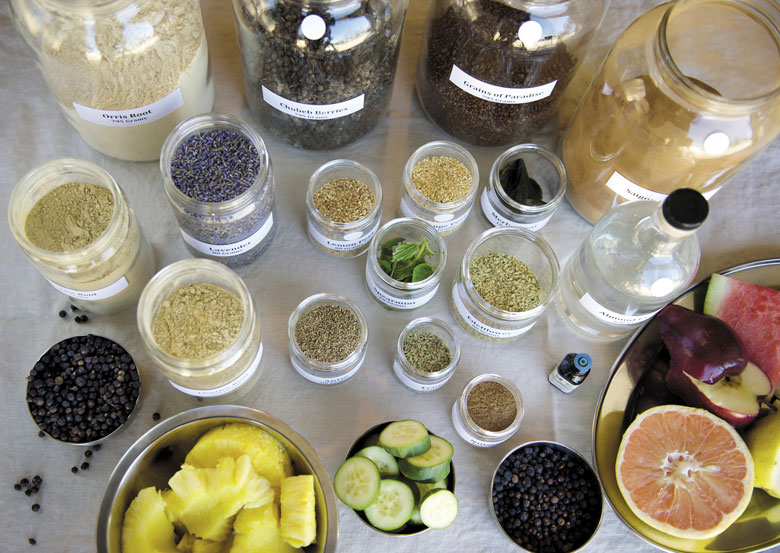 Some of the 28 botanicals that go into making the gin, including fresh pineapple and merlot leaf.

To me, gin is the Shakespeare of spirits. It’s complex and herbal, yet light and crisp. A cast of merry, mysterious botanicals acts alongside the pure alcohol, the star of the play. A gin and tonic is sheer perfection; it evokes all the mid-summers that ever there were and, incidentally, does a bang-up job of fending off malaria.

Long Island Spirits has released its first gin, and this of course demanded immediate investigation. There’s much ado about craft gins at the moment, but they can be hit-or-miss affairs. I have even run across ill-conceived efforts that immediately bring the word “bathtub” to mind, as in the vile stuff illegally peddled during Prohibition. There’s the varying quality of the base spirit, endless aromatics options and the occasional attempts to engage inexperienced palates, resulting in silly spirits that are happy mingling with something fruity but hardly resembling gin at all. Not that the English/Dutch style is the only proper style, as much as it pains me to say that, but gin has to taste like gin, damn it!

At Long Island Spirit’s 100-year-old former horse barn now distillery in Baiting Hollow, we walk upstairs past a security guard into a wide, light-filled tasting room that overlooks a potato field stretching north to the Long Island Sound. Behind the long bar are arrayed the LIS family of products—vodka, Pine Barrens Whisky, Rough Rider Bull Moose Rye, flavored spirits, brandy, rum—all small-batch and handcrafted. The distillery is on the ground level, housing a mash tun, stills and blending tanks. A huge, gleaming, cylindrical copper still rises up through the second story like a rocket. This speaks to some serious distilling; over the course of the year, about two million pounds of local potatoes pass through the place. Yes, this distillery makes clear spirits from Long Island potatoes. It’s kind of awesome. An aside: Back in the day, some claimed, disparagingly, that they could taste potatoes in the first vintages of Long Island wines. Was it fanciful to imagine that some sort of eau de pomme de terre lingered on? Anyway, here at LIS, the lovely taste of the humble spud is celebrated, not scorned.

The 94-proof spirit is called Deepwells Botanical Dry Gin—I love the name; it’s kind of Shakespearean. It’s named for the glacial Pine Barrens aquifer under this part of Long Island that provides the water and the 28 botanicals that flavor the spirit, says Richard Stabile, owner of LIS. “We wanted a dry-style gin, with more citrus impact,” he says. “It’s got wonderful spring florals, and traditional juniper flavors; we introduced it a few months ago, and we’ve had an incredible response.”

In distilling, Stabile says, pure alcohol vaporizes and condenses to create a high-proof product. Volatile oils also escape the heavy base, and these lend character to the spirit. For gin, a special chamber is filled with macerated botanicals, and the alcohol is allowed to pass through, picking up aromas and flavors. LIS was founded in 2007, and released its first vodka soon after, but it took about six years to develop Deepwells Gin. The staff tested different versions and sought feedback from Stabile’s circle of spirits enthusiasts. “This finally delivers the extraordinary characteristics and exceptional flavor that we long sought to achieve,” he says. 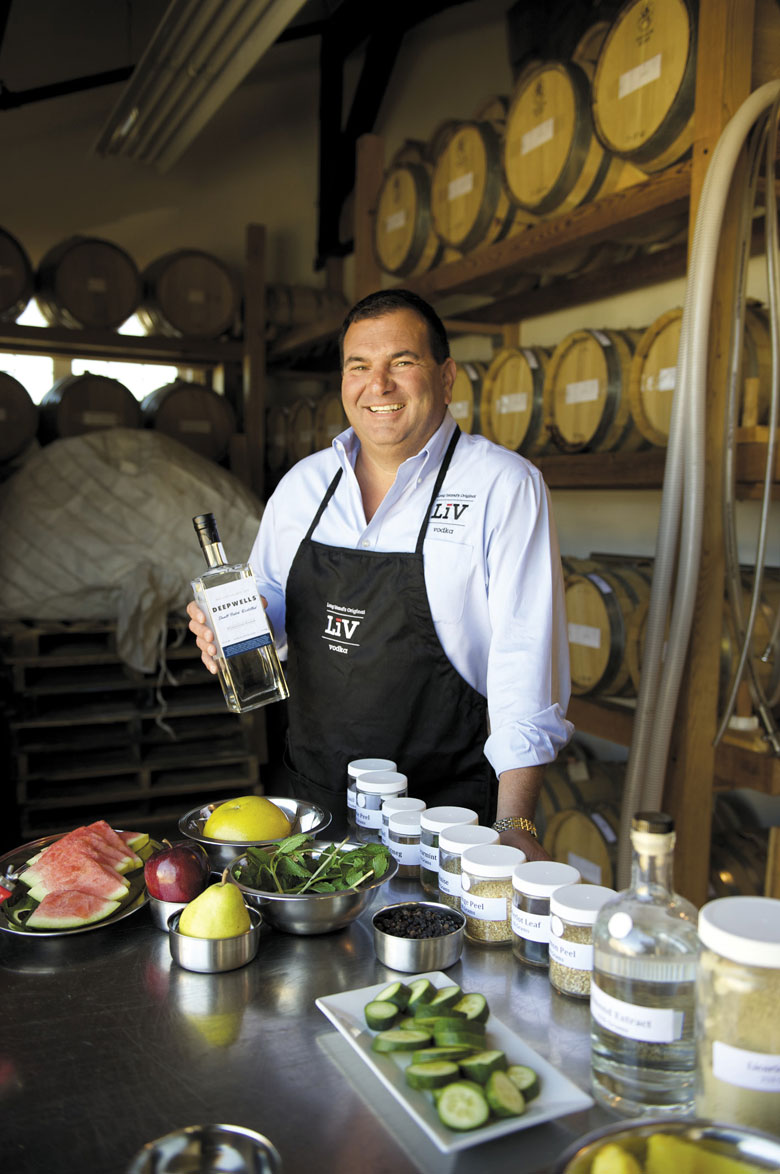 So what does Deepwells taste like? We swirl, sniff and sip. I have tasted the LIS vodka, LiV, a number of times, so I’m familiar with the distinctive effect of the potatoes, compared to grain-based vodkas. There’s more body, a fuller mouthfeel and, yes, a subtle earthy note. It’s a multiple gold-medal winner, and rightly so, but it’s not for people who like their vodka tasteless.

This gin has the same base notes, overlaid with a delicate, clean citrus-floral effect. With a definite and reassuring note of juniper, it’s still clearly in the gin camp. It doesn’t taste like a traditional British gin, but nor is it like many of the too-flowery, light craft gins on the market; it hits a sweet spot somewhere in between. They say everyone’s a critic, but in my humble opinion, this gin is going to enjoy a long run.

Deepwells Botanical Dry Gin comes in hand-numbered batches of six hundred 750-milliliter bottles, priced around $35. It’s for sale in the LIS tasting room, as well as Michael’s in Riverhead, Westhampton Beach Fine Wines and Spirits, the Wine Guy in Smithtown and Barrels & Stills in Melville. Winebow, the distributor, sells wholesale.