Thank you to our readers and our Edible family for helping us earn a collective 6 Eddy Awards last week. 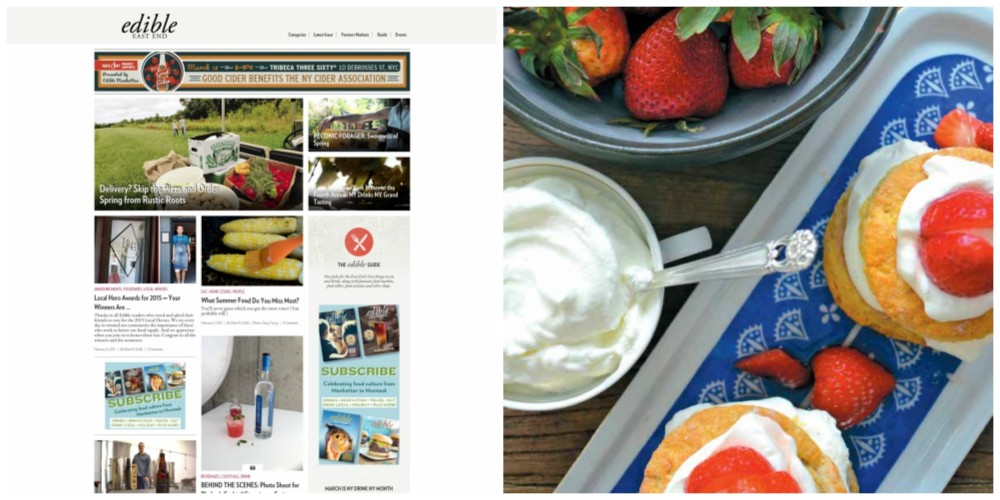 Last week at Edible Communities annual Eddy Awards, this year held in New Orleans, we, at Edible Long Island and Edible East End, were truly honored to win a collective six 2015 Eddy Awards. There are more than 85 Edible magazines across the country and these annual awards recognize the labors of love of the publishers, editors, photographers and contributors through both a Critic’s Choice Award and a Reader’s Choice Award.

Nominations for the Critic’s Choice Awards were judged by some of the most highly regarded professionals in the food world today. It is the goal of every Edible publisher and editor to take home a Critic’s Choice Eddy. Our collective cups runneth over as we earned two of these respected awards for Best Website and Best Use of Video.

I live and breath Edible Long Island and knowing that the work of our publishers, editors, photo editors, photographers and contributors is valued with our readers warms my heart and soul. We are grateful for all the votes that were cast for our Reader’s Choice nominations. We hounded you daily via social media, email and even text messages and our get-the-vote-out drive paid off as we took home four Reader’s Choice Awards for Best Use of Video, Best Chef Feature, Best Healthful Recipe and Best Drink Recipe.

From all of us at Edible Long Island and Edible East End we thank you for your votes, support, and encouragement. We have many more stories to tell. Onward.