It may be the first official Spanish-language winery tour and barrel-tasting event on the North Fork. 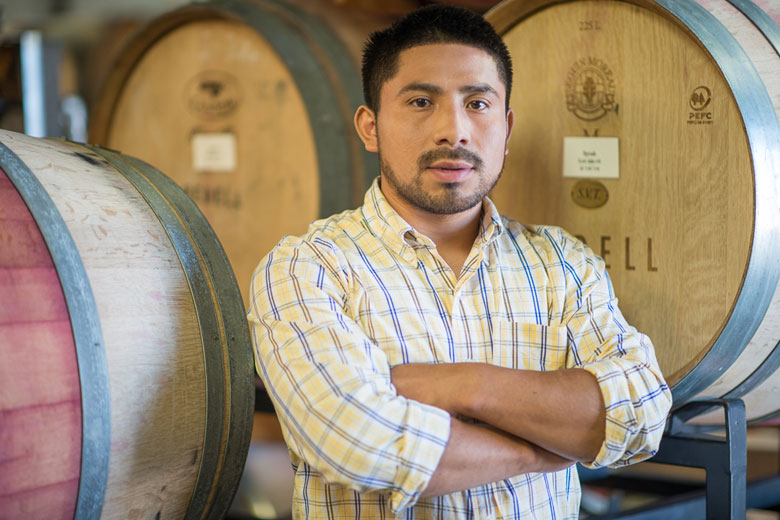 ¡Vino Latino! at Bedell Cellars in Cutchogue on Sunday, April 12 from 1 to 2:30 p.m. promises to be an exciting and divertido (entertaining) mini-course in viticulture and all things Bedell, led by assistant winemaker Seferino Cotzojay, a native of Guatemala and a self-made vintner on a mission to bring his fellow Latinos into the fold of Long Island wine lovers.

“I want to introduce and demonstrate the pleasures of wine to our community,” says Cotzojay, who caught the vinifera bug — “I fell in love” — when he first got a job harvesting grapes for Bedell during the 2005 vintage and has since made it his life’s work. “The idea for this activity came from me, because in my 10 years in the industry there hasn’t been an event like this, but I run into people visiting the winery who are Spanish speakers and who are interested and want to learn and talk. I asked the owners if they would give me the opportunity to try this, and they did.”

We need to introduce the Spanish-speaking community here to wine. I consider this a beginning. An infinite number of things can happen from here.
— Seferino Cotzojay, assistant winemaker at Bedell Cellars

So Cotzojay and Bedell have organized an hour and a half program en español that starts with a cálida bienvenida (warm welcome) in the tasting room with a glass of sparkling, followed by an instructive vineyard walk. Then it’s to the cellar to learn how the wines are made and to taste 2014 whites and reds from the barrel as well as bottled 2013 whites, and 2012 and 2013 reds. “The idea is to have an educational program that is also fun and full of laughter, learning about the history of the Long Island region and the process of wine-making,” says Cotzojay. “It will be interesting, because there are many wine regions in the Hispanic world: Spain, Chile, Argentina, but we need to introduce the Spanish-speaking community here to wine. I consider this a beginning. An infinite number of things can happen from here.”