A trip to a stand of Eastern White Pines will yield a family recipe for winter woes. 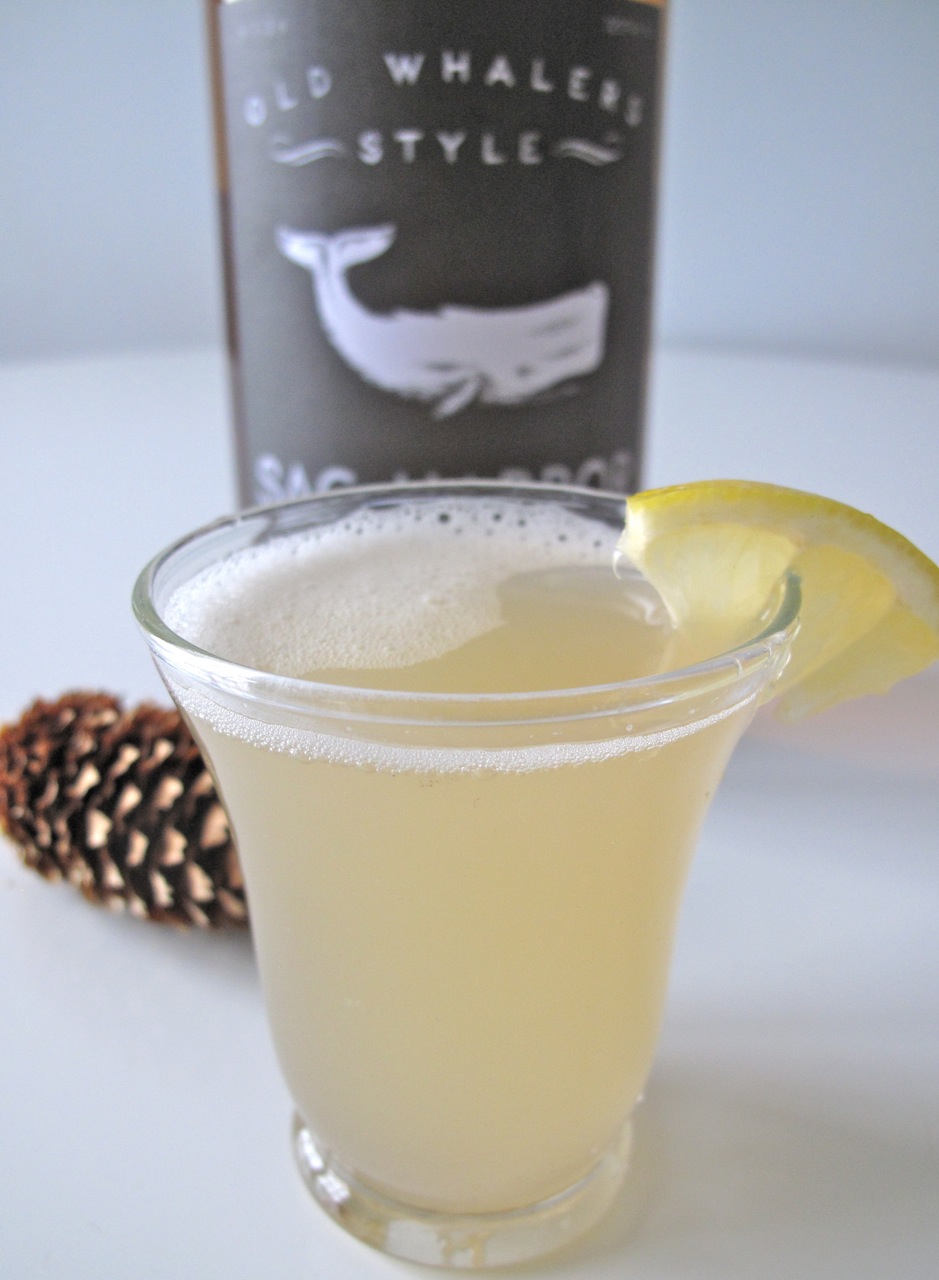 Long Islanders have had quite a time of it this winter; East End is still encased in almost a foot of iced snow as I write this. Arctic temperatures, the inability to get outside and exercise without slipping and breaking something, and the dry, recycled indoor air have made for a pretty bad cold season. Several annoying head colds are going around at the moment, and I have not escaped this depressing fate.

But whoever said there is nothing you can do for a cold,  didn’t know about my mother-in-law’s delicious pine cold remedy, a “winter cocktail” featuring a syrup made from brewing the bark, sap and needles of Eastern White Pine trees. Mom hails from Wisconsin and used to run her own catering company, so if anyone knows about surviving the cold through food and drink, it’s she. I have to say I was skeptical that something medicinal would be palatable, let alone good, but in desperate need of a hot, soothing tonic, I forced my cowardly New Yorker self outside and slid down my block to a beautiful grove of white pines.

Using just my freezing, bare fingers, I was careful to collect only loosened bark that was ready to come off the tree, a nice hunk of freshly-oozed sap — which I pulled, like gum, from a visible knot — and newly fallen branches and needles that lay just under the tree’s canopy. As per Mom’s instructions, I simmered these bits in water that just covered them, for about half an hour, then let it sit another hour in the saucepan without heat.  By then, the brew had turned into a miraculously beautiful,cloudy pale yellow, concoction. This watery “syrup”—which has an unusual but lovely taste and fragrance—keeps in the fridge for weeks, once you strain it through cheese cloth or a fine sieve.  I keep mine in a mason jar, which works wonderfully.

To make the complete cocktail, I warmed up ½ cup of the pine syrup, then added one shot of Sag Harbor rum, the juice of half a lemon, and 1 tablespoon of Bee’s Needs raw honey; I love the linden blend, but playing with the crop of honey will yield different flavors, each of them unique and lovely. I threw a cinnamon stick into a heat-safe glass and poured the heated pine-rum mixture over it. Suffice to say, Mom’s Winter Cold Cocktail was more delicious than a hot toddy (and I like a hot toddy). It soothed my nagging nighttime cough, and had me sleeping like a baby while yet another layer of snow fell in the arctic night outside my window.