A brewery and tasting room in Holbrook is the latest addition to Long Island’s craft brew scene. 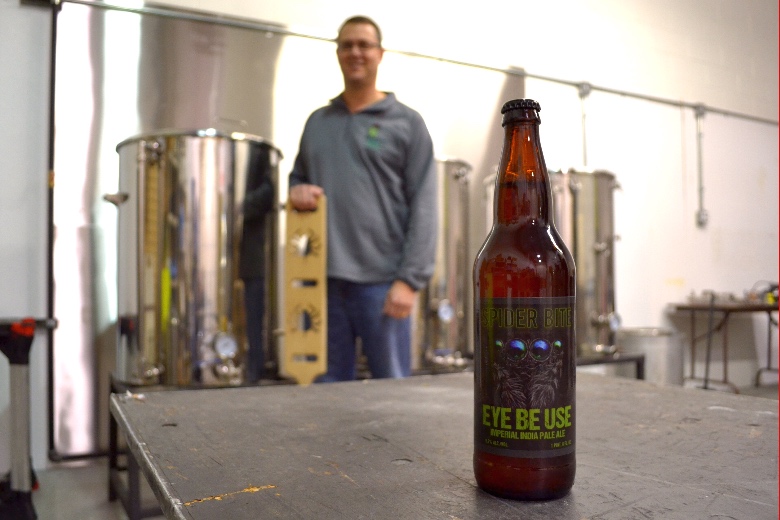 Over the last few months we have witnessed Spider Bite Beer Company space in Holbrook transform from a simple industrial office into a functional brewery. Now they are working on getting the tasting room open.

Prior to finding a home in Holbrook, partners Larry Goldstein and Anthony LiCausi produced their beer at a contract brewery in upstate New York. However, the brewery recently changed ownership and the result was a Spider Bite shortage. Instead of hurrying into a new relationship, Goldstein did his homework and finally chose a facility in Ipswich, Massachusetts. At the same time the brewery headquarters in Holbrook took shape. “We wanted to stay in New York,” he says, “but it was about quality, and we knew we were about to go online here as well.”

Now, the brewhouse is in place at Spider Bite’s Holbrook home and a few batches have already gone through the new 1.5 barrel system. Among the Long Island-brewed beers is an IPA, which taught them lessons about their new brewhouse and earned itself the acronym P.I.T.A., and a brown porter named Silk Spinner. “It’s nice. A little roasty, coffee, chocolate at 5.1% ABV,” says Goldstein.

Goldstein and LiCausi are spinning their web at a rapid pace to draw in some Long Island craft beer flies.

Spider Bite is also brewing for a soon-to-open joint in Williamsburg, Brooklyn. The owners are homebrewers and collaborated with the brewery on recipes including a vanilla infused porter.

While the brewing has been getting off the ground, fast paced construction is under way in the front of the house. Walls have come down since our first visit and floors were being redone on our last. Goldstein and LiCausi are spinning their web at a rapid pace to draw in some Long Island craft beer flies. Goldstein has big plans for the tasting room. “We have all four years of B.O.R.I.S [their Russian Imperial Stout] from the first batch ever made.” That’s a tour through time we would line up to take. Keep an eye out for our coverage on the new, locally produced Spider Bite beer and tasting room grand opening.