Snügg Sells Out at Moustache

A barrel-aged release of 255 bottles sells out in one day for $22 a pop at Moustache Brewing Company. 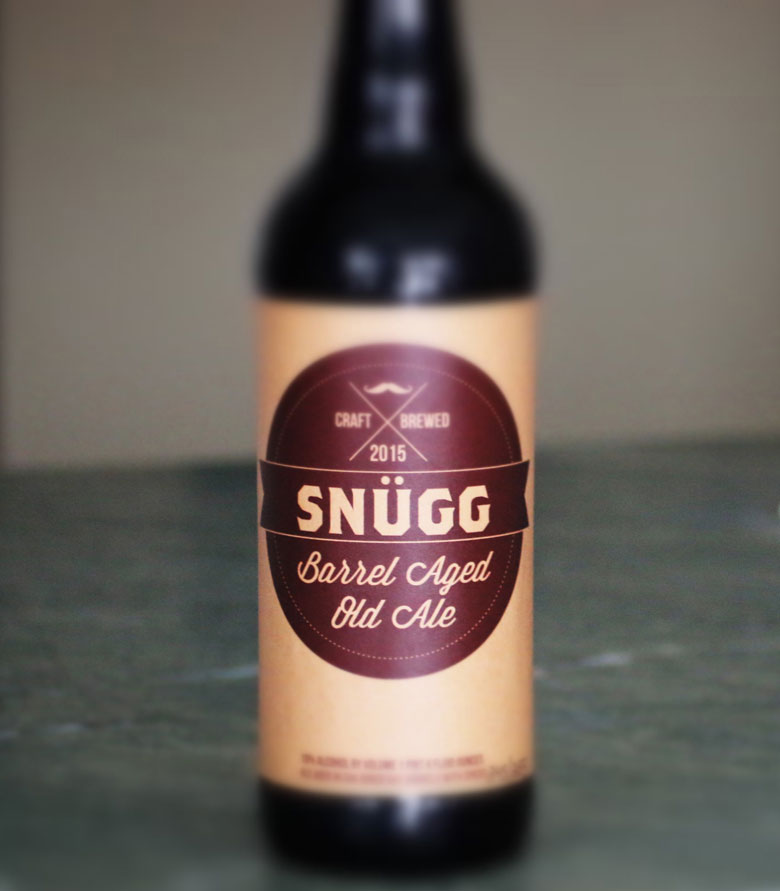 I have kind of a every other Saturday routine. I drive to Riverhead to visit the indoor farmers market, where I pick up my egg share from Browders Birds and give them the empty egg carton from the previous dozen. Then I bring my freshly washed growler to Moustache Brewing Co., just around a few corners, and fill it up with whatever’s good. I like that they a monthly IPA, which for January was a black IPA. It’s gone now. While I was there last weekend, they changed the keg to a milk and honey beer. Tasted like milk and honey. Last Saturday, after my visit to the seed swap, the tasting room in a small industrial building next to the parking lot behind the Cornell Cooperative Extension of Suffolk County on Hallett Ave. was busy: it was the release day for Matt and Lauri Spitz’s first bottled beer: Snügg, a spiced barrel-aged ale.

Snügg was modeled after Matt’s mother’s recipe for glögg, a warm spiced wine made by her Swedish ancestors. While resting in the French oak barrels, the ale also soaked up flavors from oranges, lemons, , cinnamon sticks, cardamom pods cloves and raisins.

The couple hand-bottled, labeled, capped and waxed the top of the bottles, of which they produced 255; I got number 245. The entire lot was sold out by late afternoon, with a two bottle minimum, for $22 a bottle. Good job guys!

I haven’t tasted it yet. What do you say, cold or room temp?