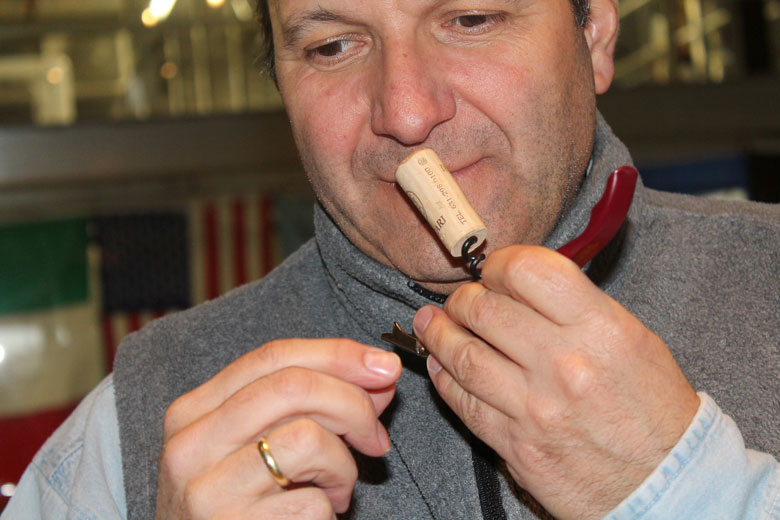 Consulting winemaker Helmut Gangl travels to Macari Vineyards from Austria each year to oversee production of his famous Block E sweet wine, which has been served at the White House under the Obama and Bush administrations.
(Now that’s what I call clinking across the aisle.)

Gangl visits every January, like clockwork, pressing mostly chardonnay and sauvignon blanc grapes that have waited two or three months in Macari’s coolers for their chance to become Block E’s next vintage. But this year Gangl arrived to find his beloved wine had, in Southold, itself become a dessert.

Umbrian chef Marco Pellegrini of the newly established Caci’s North Fork recently made a handmade gelato from Gangl’s sweet wine and paired it with warm braised apple crosticine making for an oddly perfect dessert amid a blizzard.

“We make our gelato — everything — from scratch,” says Pellegrini, who is known for building dishes from the very ground up. “Ninety percent of gelatos are made with a chemical base, so it doesn’t freeze in the freezer. I make the gelato with Block E, fresh eggs, fresh cream, fresh milk and create our neutral ingredient, our base, from water and sugar.” It took the Italian transplant 10 days to create the recipe for Block E gelato, experiments he said ultimately yielded a recipe for any flavor. 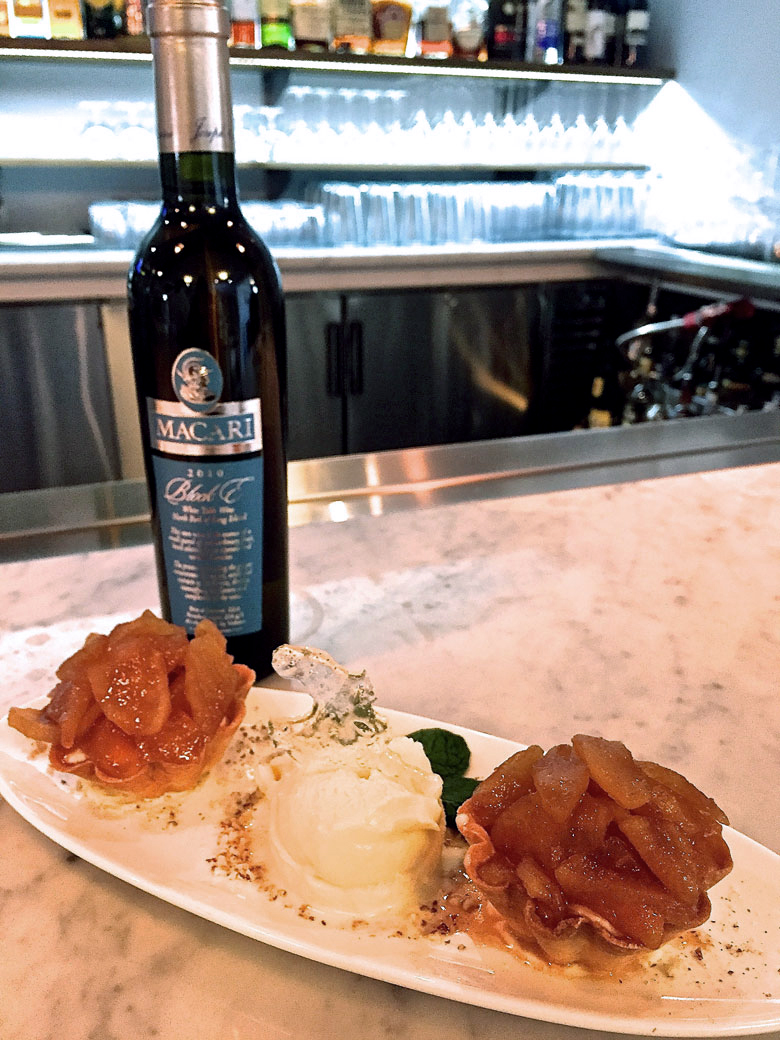 Pellegrini’s constantly changing menus means those who wish to taste his Block E gelato had best hightail it to Caci’s on an upcoming Thursday through Sunday; the same applies to Mattituck’s Macari Vineyards — named Winery of the Year in 2014 by the New York Wine & Grape Foundation — less than 20 cases of Block E’s 2010 vintage remain. Gangl says 2010’s “tropical” edge becomes one of “orange and honeysuckle with a nose of spring flowers” in the 2011 vintage, subtleties strongly extracted in the gelato. “The Block E integration with the ice brings up more flavor and is soft and refreshing in the mouth,” says Gangl. “It’s a real delicious style of ice.”