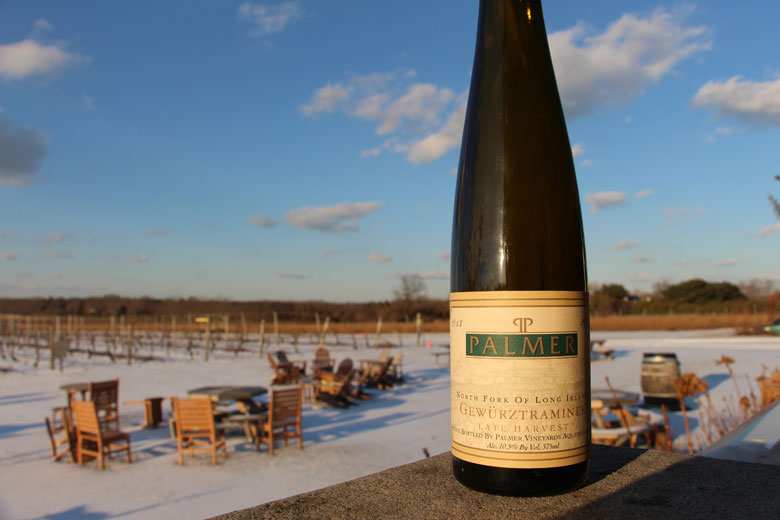 New York City’s closest wine region is on the cusp of a string of good vintages. 2013 will forever be held close in the hearts of wine growers and winemakers as the year it did not rain for 57 days straight during harvest season. When you’re growing grapes in a path well worn by hurricanes, this is fabulous news. 2014 was just as good, but in a different way: no extreme weather anomalies but a record yield that had cellar masters making room for more juice than they were equipped to handle. (Don’t worry, they figured it out.) The resulting harvests gave everyone options. No rain? You can pick whenever you want. An abundant crop? Well, let’s try something new. A few of these new products are starting to hit store shelves and are usually available first to wine club members.

At Palmer Vineyards in Aquebogue, winemaker Miguel Martin took advantage of the long fall in 2013 to make a late harvest gewürztraminer for the first time. The method of making a sweet wine like this is right in the name. Grapes are left on the vine until they start to dry out and the sugars concentrate. The slightly raisined grapes are then pressed and fermented until almost all the sugar has been turned to alcohol. The winemaker then stops fermentation—usually by chilling everything down to kill the yeast — before aging or bottling. Gewürztraminer, which is not grown extensively on Long Island, is a good grape for late harvest. The wine has “wonderful apricot and peach marmalade notes intertwined with hits of maple syrup, lychee and buttered apples,” says Martin. “It will last an incredibly long time.” Pair with blue cheeses and deserts. $35 in the tasting room for a 375-milliliter bottle. 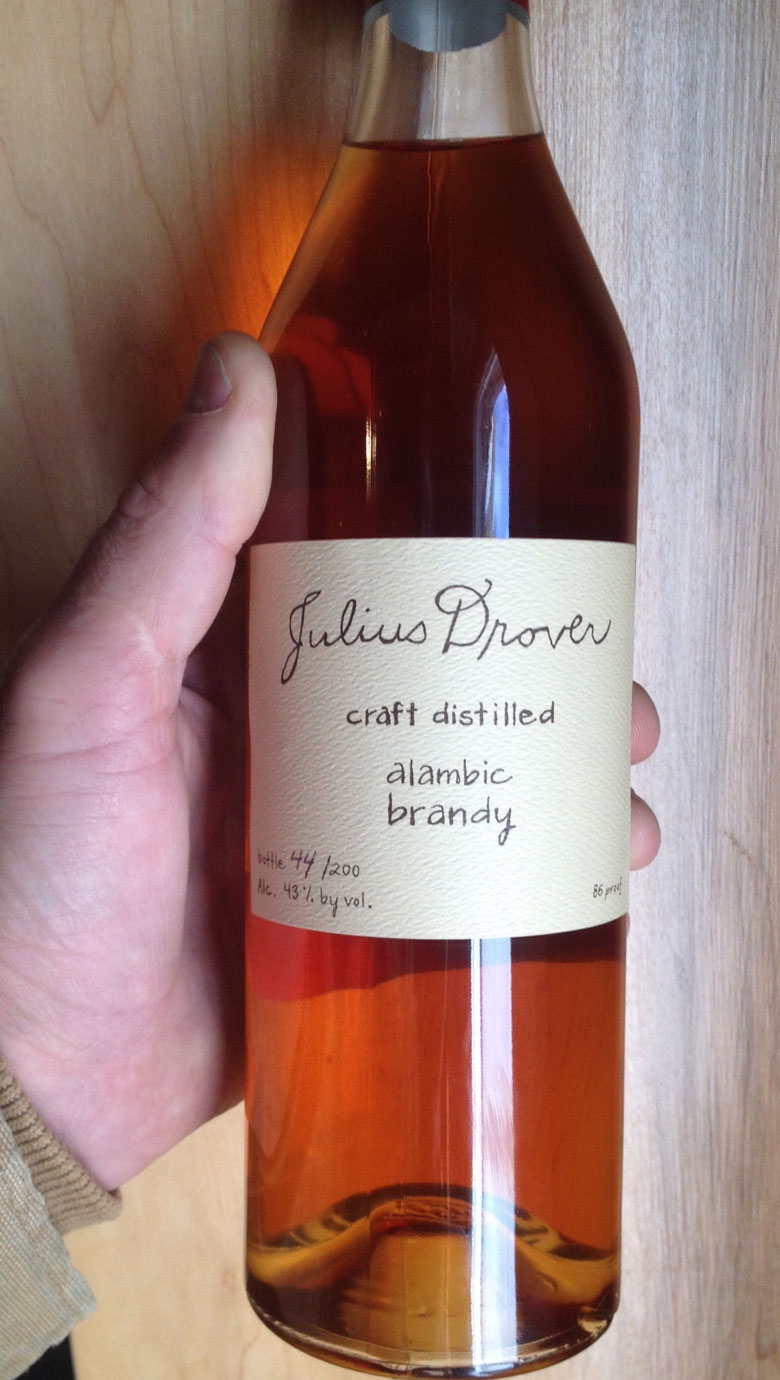 Shinn Estate Vineyards is taking advantage of the laws allowing farm distilleries by expanding its spirits line—which already includes an eau de vie and a grappa called Shinn Shine — by adding an apple brandy and what they’re calling Alambic Brandy, both of which were aged for four years in 225-liter barrels. The Apple Brandy ($55 for a 750-milliliter bottle) was distilled from cider made from apples bought at Wickham’s Farm in 2010. It include 15 from a pear cider, which the winery sells, and is typical of Calvados, the most famous apple brandy from the Normandy region of France, says owner and distiller David Page. The Alambic ($75 for a 750 milliliter bottle) was distilled from estate sauvignon blanc and chardonnay wine. For both brandies, Page held back about a half barrel that will continue to age for at least six more years. “Or maybe four or eight,” says Page. “We’ll keep tasting as we go along. Amazing things can happen while it oxidizes and takes on secondary characters.”