Grant Will Fund an Agritourism Center in Riverhead

Location is a potential home for the Riverhead Farmers Market. 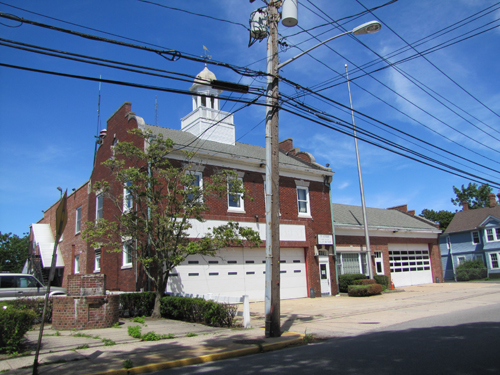 The town of Riverhead has received grants of $500,000 and $200,000 from New York State’s Regional Economic Development Councils to create an agritourism visitors center in the former Second Street Firehouse. The first grant will go toward the building’s renovation; the second is dedicated to marketing. The building was bought by developer Bob Castaldi, from the town, for $500,000 last year. Castaldi was behind the renovation of the Suffolk Theater.

“He plans to have the center open by summer,” says Chris Kempner, director of the town’s Community Development Agency. “And is looking into having it as the permanent home of the farmers market.”

The center will include a multimedia component with kiosks “to allow visitors to check-in, “share” destinations, invite friends and family, and to enhance online web presence of existing agritourism options, including an epicurean farm-to-table website.” It will also serve as a “mini-agricultural museum, documenting Long Island’s agricultural heritage, present day developmental pressures, and steps undertaken to preserve farmland,” according to language included in the grant application.

“Though Suffolk County has a rich agricultural heritage with an economically robust footprint, it lags the rest of the country in terms of branding itself as an agricultural destination,” says Kempner. When people think ‘Wine Country,’ they unfortunately think of Napa Valley, not the North Fork. When New York City residents want to go apple-picking, they head Upstate instead of Out East. Even local Nassau-Suffolk residents are frequently unaware of Suffolk County’s extensive agritourism options. One step we can take to overcome this branding challenge is to invest in an agritourism-specific visitor\s center to serve as informational launching point for Suffolk County tourists.”

The town has the support of the Long Island Wine Council and the Long Island Farm Bureau for the project. It also falls within Gov. Andrew Cuomo’s push to highlight New York foodstuffs. “The governor has made it clear he wants to support the craft beverage industry,” says Steve Bate, executive director of the wine council.

The wine council was also included in this round of grants; it received $285,000 for marketing. “Responding to the governor’s preference for projects that could generate export receipts (including international tourism), the title of our grant application for 2015 was the Long Island Wine Country ‘Global Trade and Tourism Initiative’,” says Bate. The money will be used for advertising in New York City and international markets “as well as organizing special events targeting hotel concierges and the international wine/food media and trade in New York City.”

The winter indoor farmers market in downtown Riverhead — now being held at 221 Main Street in the former Dinosaur Walk Museum — has proved very popular in its first year. It’s an extension of the market held outside during the summer months and features goods from famers, wineries, fishers and food producers.