Forget applesauce, put the apples in the pancakes and add spices to complement the season. 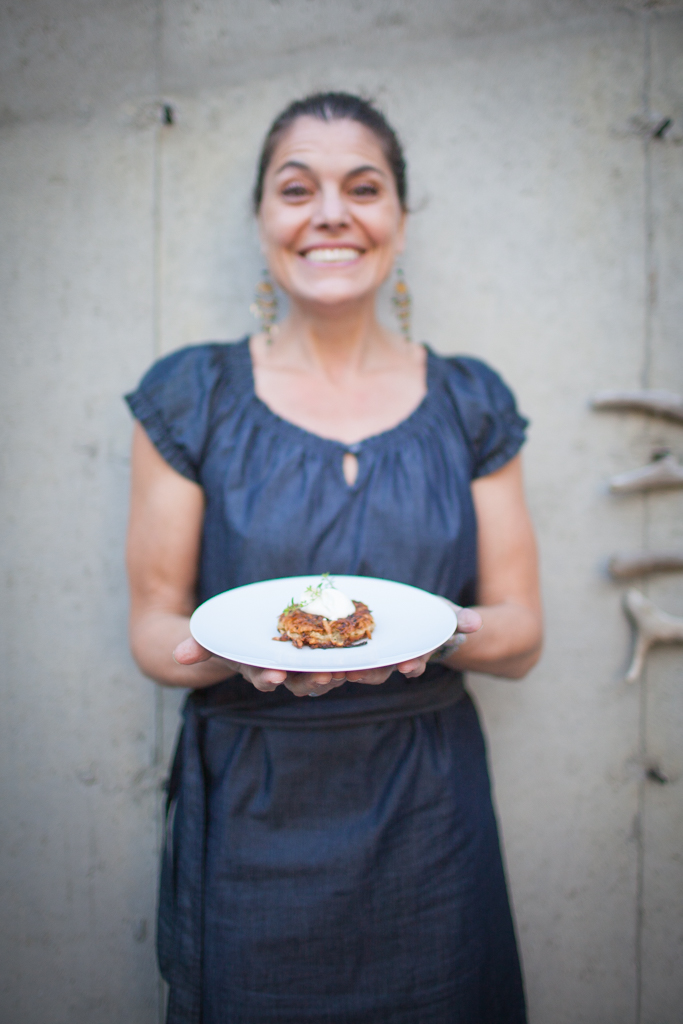 Sweet potato and apples are a culinary match made in heaven. A pinch of nutmeg with a dash of cinnamon tastes just like autumn. 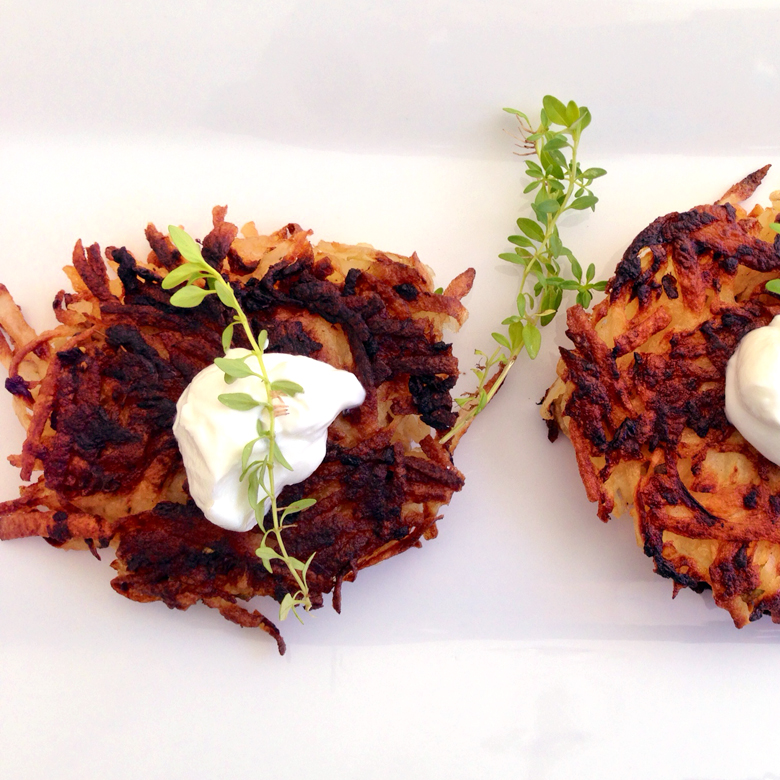 Garnish:
A dollop of goat cheese with maple glazed ham.

Coarsely grate the sweet potatoes, apple and onion by hand. Place in a cheesecloth and wring, extracting as much moisture as possible. In a large bowl, fold in the eggs, sea salt, pepper, cinnamon and nutmeg. In a large cast iron skillet over medium-high heat, add the coconut fat; approximately ¼ cup. Place a large spoonful of the sweet potato mixture into the hot oil, pressing down on them to form ½-inch thick patties; 3-inch rounds.

Cook until undersides are browned, about 5 minutes. Turn latkes over and cook about 5 minutes more. Transfer to paper towels to drain and season with touch of sea salt. Add more coconut oil to the skillet as needed. Keep latkes warm in the oven at 200 degrees until ready to serve. Serves 15.