It’s Day 3 for Hanukkah and we’ve got a real Jewish recipe. 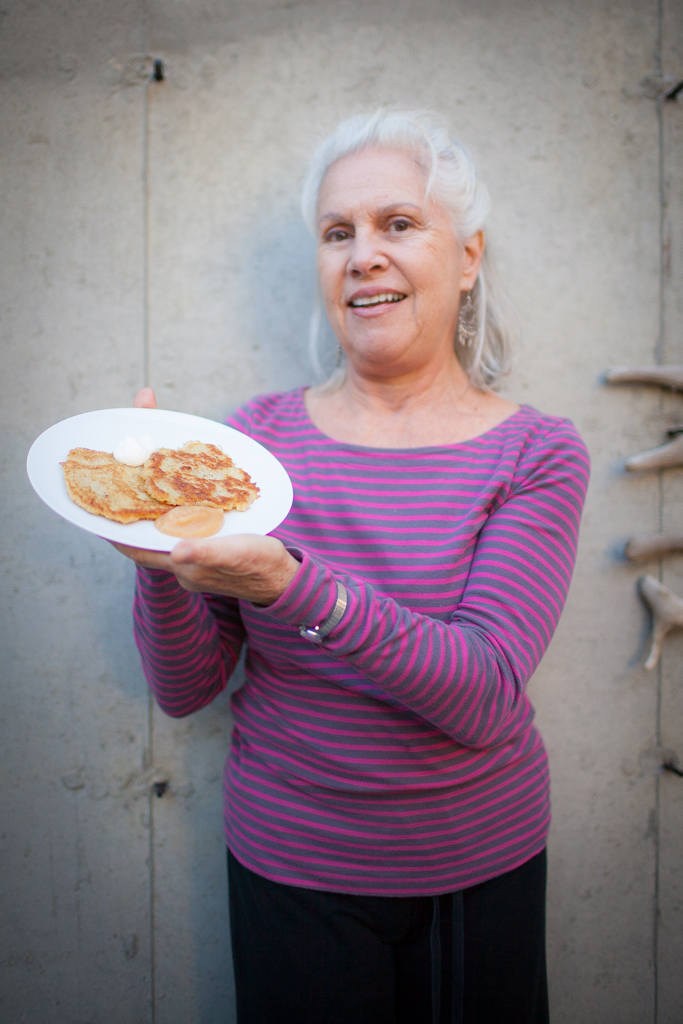 Linda Slezak holds up the results of her family’s recipe for traditional latkes.

Linda Cohen Slezak, events chair of Slow Food East End, recalls when her mother and grandmother would make these pancake latkes during Hanukkah. It’s a family recipe handed down from generations that she never gets tired of and neither did we. Slezak was one of the guests of the latkefest at my house, featured in the Holiday 2014 Issue of Edible East End.

“The use of matzo meal in this recipe has a crunch; you want that in a latke,” says Linda. 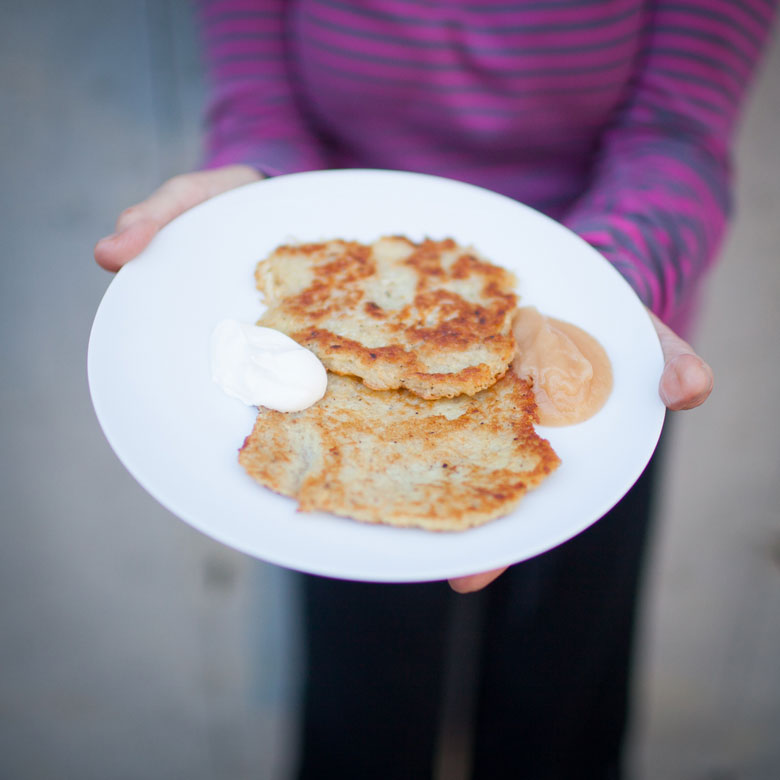 The sour cream and apple sauce are mandatory.

Directions
Peel and grate the potatoes and Onion into a bowl. Add in the beaten eggs and the matzo meal. The quicker you get the mixture together, the less brown the potatoes will turn after grating. Add the salt and pepper.

Heat half of the oil in a wide skillet and add some of the schmaltz if using. Duck fat can be substituted for the chicken fat. Either one will give the Latkes extra flavor. When the oil is hot enough, drop the potato mixture by the spoonful into the oil and flatten slightly with a spatula. When brown on one side turn them to brown the other. When the latkes are done, drain them on brown paper bags or on a wire rack. Do not use paper towels as the latkes tend to stick. Add the rest of the oil to the skillet and fry the remaining potato mixture.

Serve immediately if possible; if not, reheat in a 375° oven for 10 minutes. Latkes can be frozen, then reheated in the oven, but not refrigerated as they become mushy.

Tip: Beat the eggs with the salt and pepper in one large bowl and add in the potatoes as they are being grated. This keeps the potatoes from turning brown.