The End of an Era: Joseph M. Gergela III Retires from Long Island Farm Bureau after Two and Half Decades

A tireless advocate for farmers hangs up his cap while still thinking ahead. • Photograph by Sal Jackson 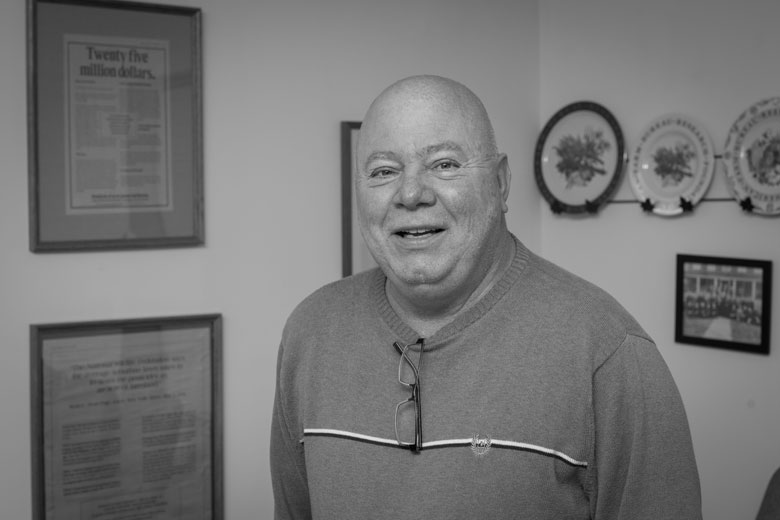 This Saturday retires a man who has been the face of the Long Island farmer for decades, a bureaucrat who has navigated the political landscape so successfully he counts Bill and Hillary Clinton among his closest friends.

A host of health issues — a diagnosis of type 1 diabetes at age 7, multiple heart attacks and a 2012 kidney transplant from his brother — have led Joseph M. Gergela III to retire from his post as executive director of the Long Island Farm Bureau after 26 years.

Days from retirement, Gergela, also a 20-year board member of the county’s soil and water conservation district, was still focused on ways to elevate the farmer through state, federal and local programs.

“I met with the governor’s people yesterday,” he said of a plan he’s been working on for two years to update pest and nutrient management programs to decrease pollution caused by surface water run-off and the leaching of chemicals into local aquifers via Long Island’s sandy soils. “I’m trying to get it sanctioned as a Suffolk County/New York State program to get a line item in the budget for funding and then we’ll have very good funding for the farmers…The reality is the budget we requested was about $3 million and we get about $400,000 a year, so it’s not enough to really elevate the work of Cornell with the growers.”

He said Cornel Cooperative Extension of Suffolk County is currently studying how slow release fertilizers might help, work Gergela sees as vital to the survival of farming on the East End.

“I think we’ve done a fairly good job, but what I see happening going forward — if they don’t do something about funding land preservation — is the Hamptonization of the North Fork,” said Gergela.  “You’re going to see 5- and 10-acre parcels instead of great big farm fields. The traditional farming that I grew up with — row-crop farming — is not sustainable because it costs too much to farm here. It’s cheaper to farm elsewhere, so we can’t compete at those market prices whether it be growing corn, cabbage or potatoes, so we’ve got to diversify, do more retail and take advantage of value-added.”

Responsible for the $3 million awaiting in Albany after his 2002 brokering of a deal with Gov. Pataki to purchase 300 acres of Riverhead farmland now known as Hallockville for a future Sound-facing park project, Gergela is hopeful and confident his successor at the Long Island Farm Bureau will successfully tackle such difficult issues.

This includes ways of helping out the area’s young farmers, a positive trend Gergela said he has seen establishing itself in less-than-positive economic circumstances.

“Young people can’t get enough out of their crops here to pay for the mortgage of owning property,” he said, adding East End land prices have long made it economically difficult for young farmers to make ends meet. “Back when I was a potato farmer I knew that I couldn’t get my money back at for $25,000 an acre.”

“There’s going to be a lot more, smaller farms that are organic and niche farming like selling lavender versus selling vegetables,” he said. “In 10 years, I don’t think there will be too many commercial farmers left unless something changes dramatically.”

Read a 2005 interview with Joe Gergela here. Read a history of the farm bureau here.