The last minute guide to a local Thanksgiving on the East End, whether you cook or not. 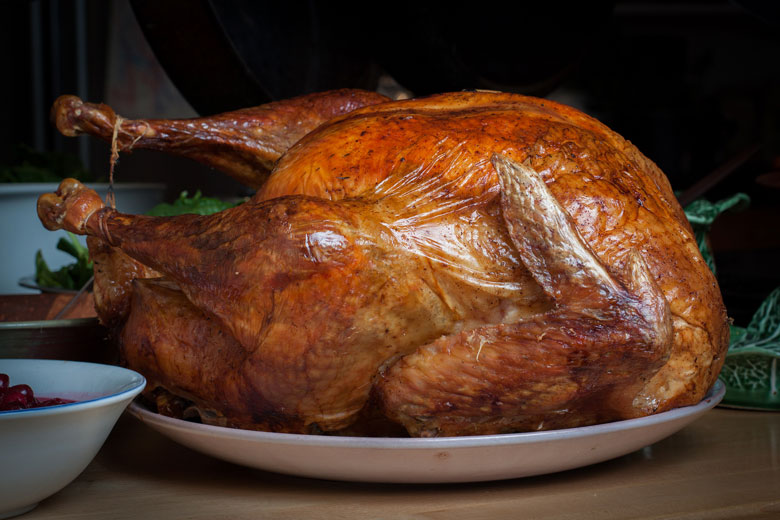 Thanksgiving is a classic American holiday. It hails from chilly New England, and happens at the end of harvest, so naturally, we celebrate with the traditional foods of that season and region. Turkey, of course, root vegetables, rich gravy, brassicas like Brussels sprouts, winter squash, apples, cranberries, nuts and pumpkins. Out here on the East End, the local food/drink purveyors and artisanal producers are in harmony with the seasons, and their offerings are perfect for the Thanksgiving table. If, like me, you are planning to do the whole thing all by yourself because you never learn, or if you’re not above a little creative outsourcing — either way, you really must get shopping. Here are some pointers on keeping it local. 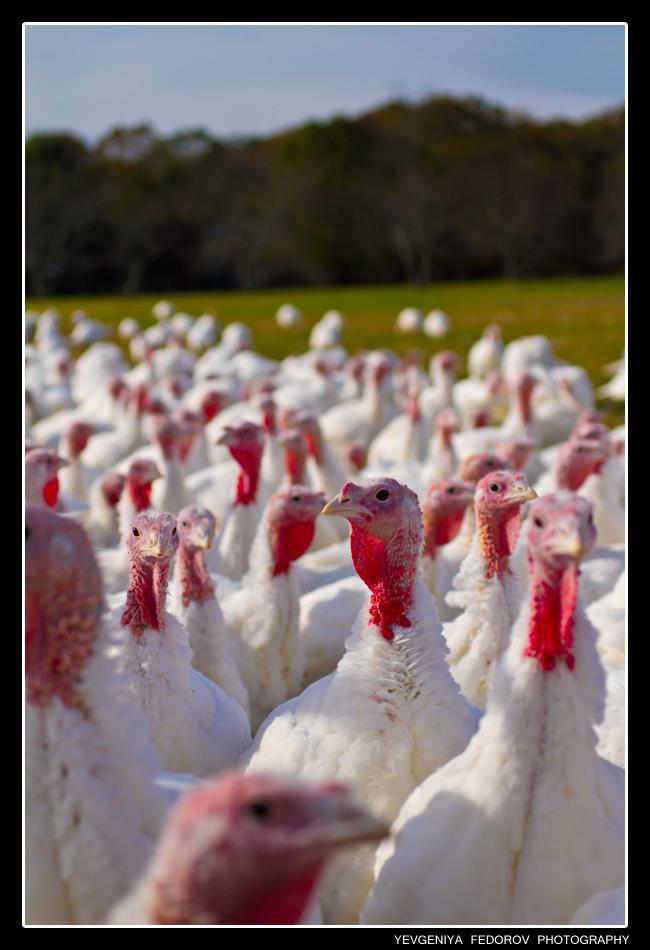 For purists, there’s the 100 percent locally sourced approach. This starts with an expedition to somewhere like Miloski’s Poultry Farm. They sell fresh turkey on a first-come-first-served basis, weekends only, no reservations allowed! This is our version of Black Friday; try not to get trampled, as the mud on a turkey farm is particularly fragrant. Sourcing fall veggies, like Brussels sprouts still attached to their little trees and huge winter squashes you need a hatchet to get into means another road trip to Latham’s, Krupski’s and a few other farm stands that helpfully hang on until Turkey Day. It’s not too late to jump on a winter CSA share at Quail Hill Farm in Amagansett, Garden of Eve in Northville, and Sang Lee in Peconic. All the multi-hued carrots, candy cane beets, squash, garlic, onions you could ever want — although the sub-zero temps have now done in the kale and Swiss chard. Personally, I love an oyster and sausage stuffing, so I’m going to the fish market for local oysters. The venison sausage is made by those guys in Riverhead, because it’s hunting season. And so on.

We are now working with South Fork & Spoon. If you are fortunate enough to receive a basket from them… You may just be getting this little cheese plate from Cavaniola’s to go along with it!

A photo posted by Tracey And Michael Cavaniola (@cavaniolasgourmet) on May 5, 2014 at 12:02pm PDT

Then there’s the not-lifting-a-finger approach, which is probably the smarter choice. Cavaniola’s in Sag Harbor will do the whole thing for you, if you really don’t cook. (Menu here.) Or they sell by the item, if, say, you always burn the roasted potatoes. Their mouthwatering menu includes house made pate de foie gras with dried cherry compote, and a caviar board with American varieties of fish roe. There are three kinds of bird including a whole roasted organic turkey brined in herbs and citrus, and a long list of sides, like sweet sausage and apple stuffing, creamed kale with local ricotta, and sweet potatoes with maple syrup, cinnamon and cardamom. There’s a lot more. In fact, it’s worth checking out their site just for inspiration.

Mecox Bay Dairy’s cheese would be great on the cheese board; it’s at many places including the Village Cheese Shop in Mattituck. The Farmhouse Cheddar and the Sigit both work with the autumn theme. To add a really nice touch, A Taste of the North Fork offers seasonal stuff made from local produce, and some of it would go great with Thanksgiving dinner. I like to have something for the meat besides the usual suspects — gravy and cranberry sauce — so I’m thinking the corn relish. And the pumpkin pickles would make a nice addition to the cheese board, next to the obligatory Branston pickle. (An English relish.) 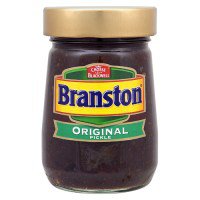 For dessert, there are loads of options in the locally made pie category. For something a little different, Pierre’s in Bridgehampton does amazing French dessert cakes and tarts, like a classic apple tatin, made with puff pastry and caramelized apple, and a pear bourdaloue with pears and almond cream. 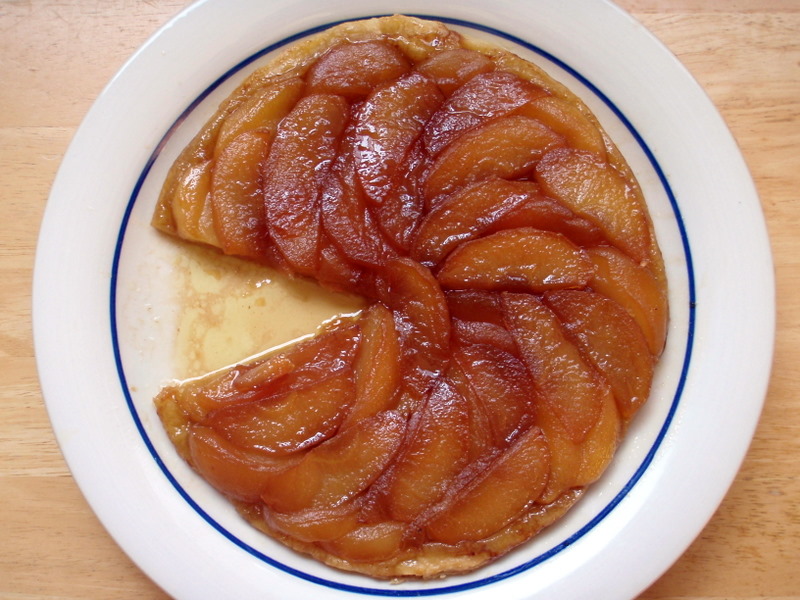 And, lest we forget; the libations. I’m a recent convert to box wine, now that there’s Bridge Lane. It’s a new Lieb Cellars label that’s cleverly pitting itself against all that nasty, oxidized, over-cropped box stuff on the dusty bottom shelf at the liquor store. There’s Red Blend and White Blend. No frills, just decent Long Island wine in a large format. You just open the thing, stick it on the drinks table, and not worry (too much) about running out. Simple wines also lend themselves really well to punches and hot mulled wine. It’s so easy, just like sangria. Red or white wine, a bit of fruit juice like cranberry, apple or orange, s fruit slices, seltzer/soda, a bit of sugar and a splash of cognac, if you like. Add a dash of cinnamon, nutmeg and cloves; once you get a pot of mulled red wine going on the stove, you can keep adding to it and reheating it, which really brings out the spice flavors. For a cold drink, I’m thinking a white wine/lemon version with muddled basil, sage or mint too, given the fun we all had with aromatic foliage in our drinks this summer. 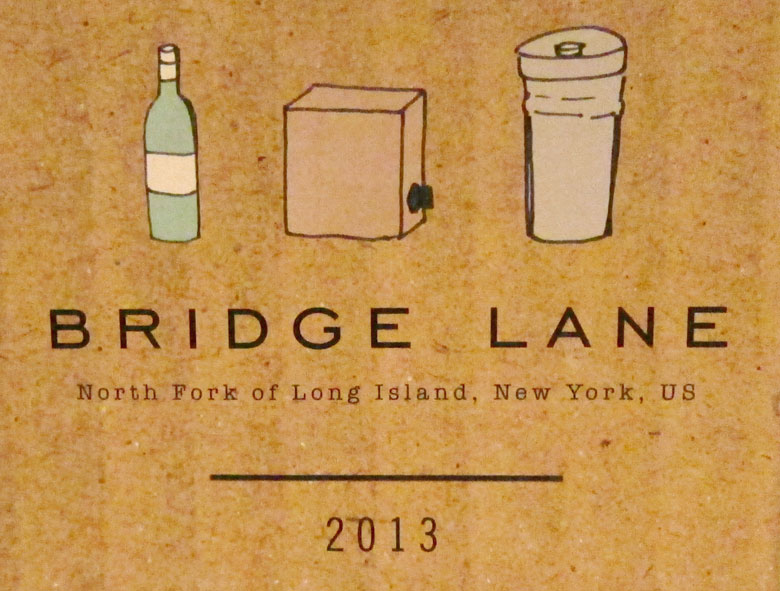 Cider is also a fantastic pairing with turkey, maybe even more so than wine. The dry hard ciders you get in England, crisp and not at all sweet, are my bevvie of choice, but much of the stuff next to the beer in the supermarket is quite sweet. From Sagaponack, Wölffer No. 139 Dry White Cider and Wölffer No. 139 Dry Rosé Cider, are both delicious and have beautiful labels. Woodside Orchards in Jamesport have four hard ciders, Traditional, Traditional Sweet, Apple Raspberry and Cinnamon Apple, as well as many types of fresh, non-alcoholic ciders.

Lastly, a few things to not stress out about when preparing Thanksgiving dinner. The provenance of the cranberries cannot be helped. It’s a shame that Tom Wickham’s experimental cranberry bog in Cutchogue didn’t work out all those years ago. Buying cranberry sauce is OK. I always get the jelly kind because it’s nostalgic, and it’s permissible to leave it in the shape of the can and just cut it into slices, because canned jelly trying to look like anything else is pretentious. It’s also fine to put lots of marshmallows on the sweet potatoes. Your eat-local credibility will not be affected, and you will be even more thankful for everything, including your wonderful Thanksgiving meal.