That Gives It All Its Flavor

Variety may be the color of life, but sometimes a blank palette is enough. • Photograph by Lindsay Morris 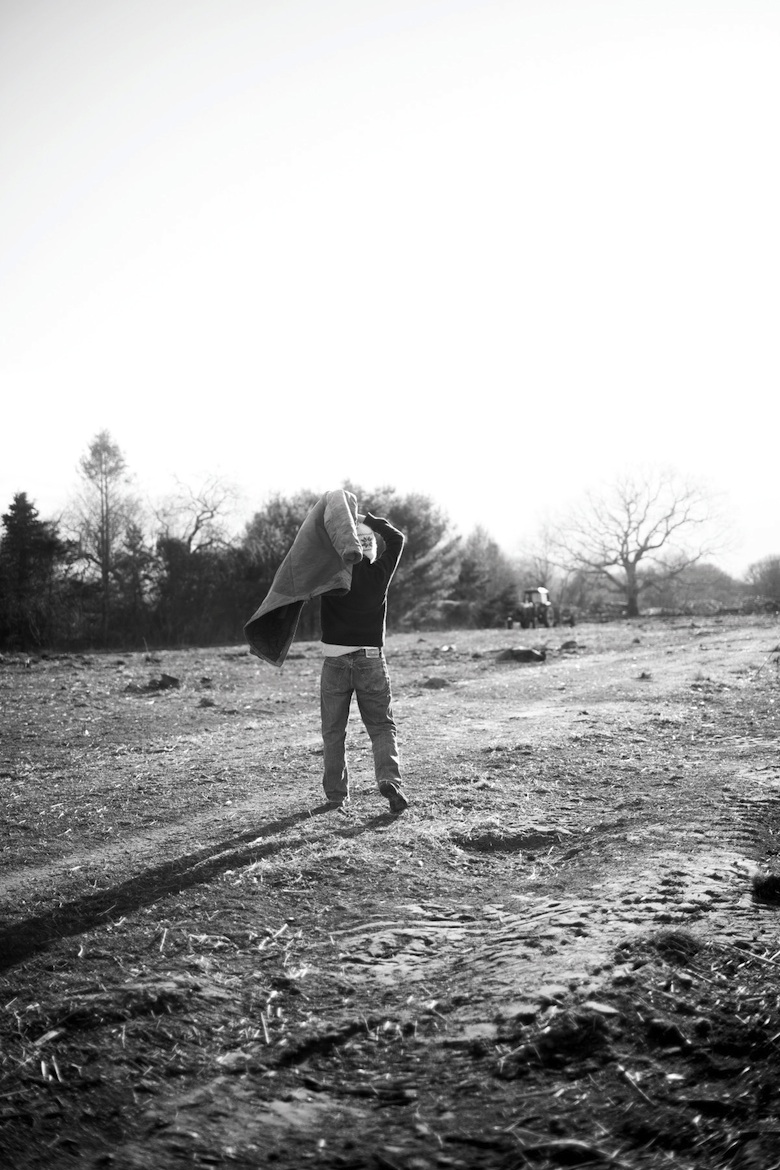 It began as an experiment but ended up like an addiction. I planted a high tunnel and kept farming for almost five years. Frost, hard frost: radish, kale, spinach, the carrots only get better—nearly through the winter and then just as soon as possible, very early in the spring, I planted the hopeful seeds again. The fascination I have is for the expanse of possibility and the willful nature of these tough varieties. I was compelled to plant based on philosophy as opposed to reality. I raised things into the winter because with green-houses I could. Quite simply I was inspired.

I think a lot of people are under the impression that farmers trend toward raising one crop, a monoculture, because they can pull more dollars from the investment with specialization. There is truth to that, but it is not the only truth. Also true is that a farmer must acknowledge the limits of his or her attention, reach and energy. The more diverse your crops the more diverse your responsibilities. This stress factor can easily be compounded by environmental factors, like rainfall, or the lack of, and this summer I had the unique experience of hitting my limit.

It didn’t rain enough all summer. Considering how plants prefer real rain, and how much work it takes to replace real rain, irrigation is dreaded work. I’ve farmed for about 20 years, but I began helping irrigate crops when I was six or seven, as soon as I was strong enough to be useful, strong enough to pick up the tail end of the irrigation pipe—the lightest part of the load—and with a crew of eight or more, carry the pipe across the potato rows. Later when I’d finished college, I spent my first summer home helping my brother keep the Reel Rains running. (A Reel Rain is one large sprinkler.) With the right equipment, two of us could do a job it once took a team to do. It kept us busy day and night; we had 400 acres of potatoes in the ground.

The difference now might be my age, but also that I am farming different varieties of each vegetable and trying to keep that variety coming all season long. I joke with a friend, “It is hard enough to make a living as a farmer and even harder to make a living as a farmer who is an artist trying make a living as a farmer.” My main shortcoming is my inability to limit the variety I attempt. From asparagus to Brussels sprouts, there are at least three kinds of every type, which is key if your goal is to create a grandiose portrait of this land’s resourcefulness. But from a farming perspective all that tinkering and twinkling of colors makes the field pretty blurry. So I prayed for frost and deliverance from all things leafy. And also, when the time came, I did not plant the greenhouses. This winter I’ll be working in black and white.