Brothers put their mark on the East End by building docks. • Photographs by Randee Daddona 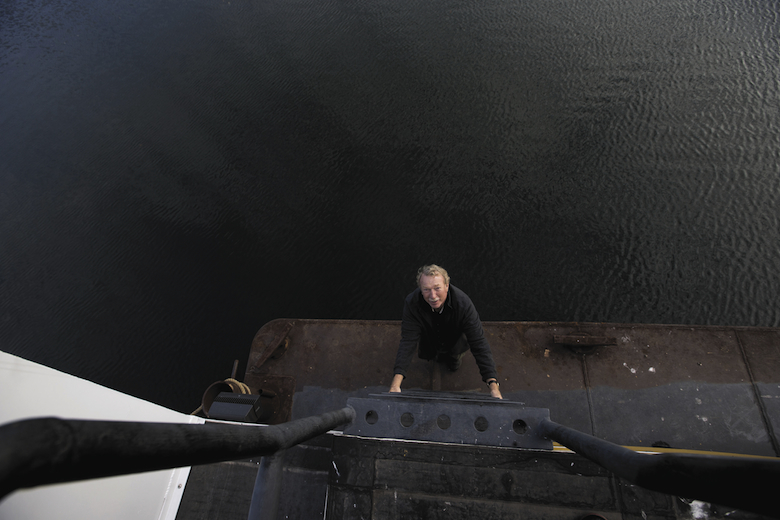 The yachtsman in his Top-Siders standing on a polished teak deck and the bayman in his Grundéns and patched skiff have one thing in common: contented relief when they finally, after a voyage across oceans or a day harvesting shellfish, tie up to the dock and make fast a figure eight around a sturdy cleat.

A dock binds the unstable sea to the terra firma, where we land our foreign treasures or our daily catch. Once tied up, we are home. In deference to our dock, we — yachtsman or bayman — wash it down and artfully coil our stern and bow lines by their cleats.

John Costello, owner of Costello Marine Contracting, has been building docks all over the North Fork and the Hamptons since 1962, when he started working for his father-in-law, S. T. Preston. His first day on the job, someone dropped a hammer from a platform, striking a co-worker at the waterline on the head, opening his scalp to the bone. It was a warm summer day, so that co-worker took off his shirt, staunched the bleeding and then wrapped it around his head so he could work the rest of the day. “Those were the kind of men who conquered Europe,” Costello once told me. In 1976 his brother George joined him and they started Costello Marine. 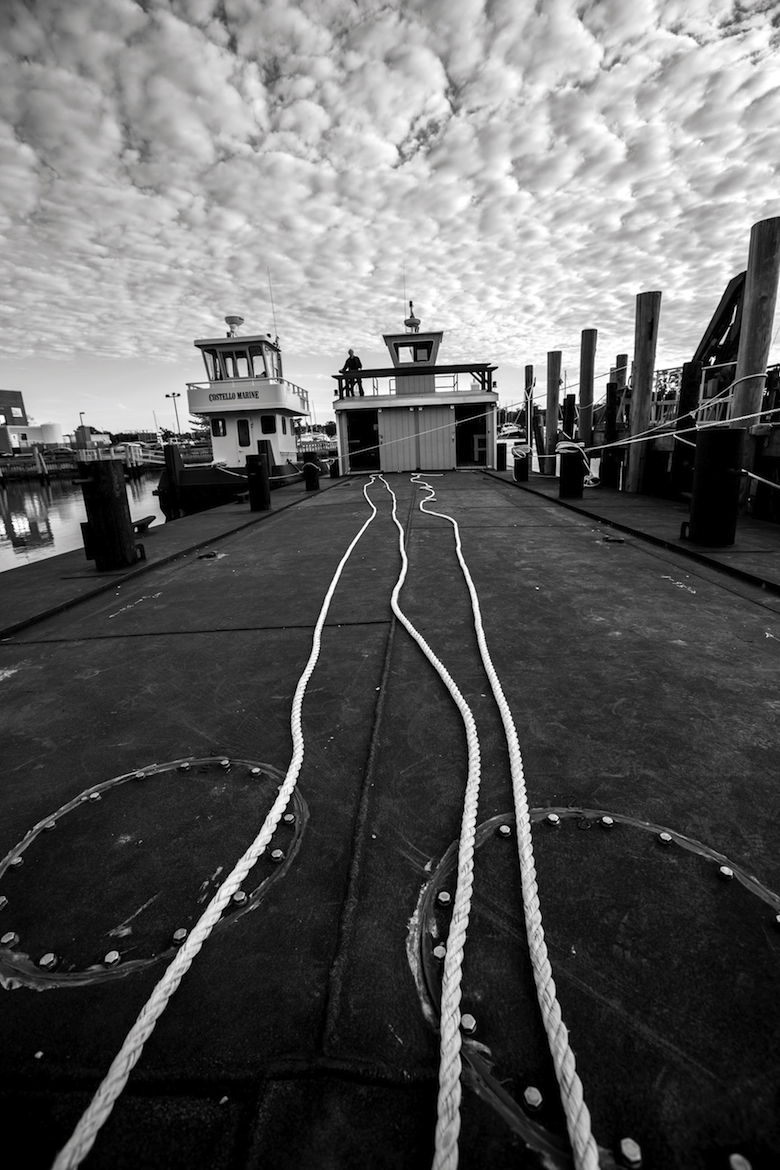 Five weeks ago, John drove his barge, the Preston, up to my beach and began jetting and pounding piles for our new oyster dock. One of my neighbors, a literary agent, said it sounded like giants making love.

I set up a row of Adirondack chairs under a sycamore by the shore, and every afternoon Greenporters arrived to watch the dock grow from pilings to cross-ties to stringers to electrical chase to decking to davits to lights and sinks and awnings. John drove the first row himself to ensure it was done right, then returned twice daily, at noon and quitting time, to inspect the progress. No art installation rivals the beauty of a Costello dock being born.

George Costello, his brother and partner, never showed. After Hurricane Sandy, Costello Marine was swamped with a decade’s work, and the brothers tried to do it all in two years. Christmas week of 2012, George’s barge was spudded up against the shoreline of Shelter Island and the fast-moving current pushed it loose. As he worked ferociously to secure the barge, George’s thin slice of time expired. His crew tried to revive him but he was gone in an instant.

Costello Marine has a dozen cranes and five crews working barges constantly. John moves from one job site to the next, stopping for hearings with the DEC and town boards but always returning to his boatyard, Hanff’s on Sterling Creek in Greenport, to complete the construction of a new barge named after George. At 175 feet, it is the largest ship to be built in Greenport since World War II. A framed photo of George hangs off the cabin. Invariably, it tilts off of plumb, and John carefully rights it. On September 26, he launched the barge on George’s birthday.

The boathouse at Hanff’s is a treasure the Costello brothers transformed into a meeting house for their extended clan, friends and neighbors, retaining intact the tools and stoves from the 1920s boatyard. Wooden Boat Works leases out the boathouse and produces two new wooden sloops a year.

Outside my window, I can hear the music of chainsaws, cranes, pile drivers and water jets putting the finishing touches on our new oyster dock. Over a Campari spritz one afternoon last week, John told me my dock is the beginning of the revitalized working waterfront in Greenport. Then he hurried off to drive down piles in front of the George Costello so he could slide it into the water on time.

Once my dock was finished, I had to immediately put her to work harvesting this year’s crop of oysters. My teenagers complained that we would get the gorgeous platform all dirty. The next week John Costello launched George’s ship into the water. There was a hot time in the old boathouse that night.