Blond on Blonde: The Road from Homebrew to Professional Beer

Get a taste of the same recipe made at home and at a commercial brewery on Thursday, Nov. 20 at Lark. 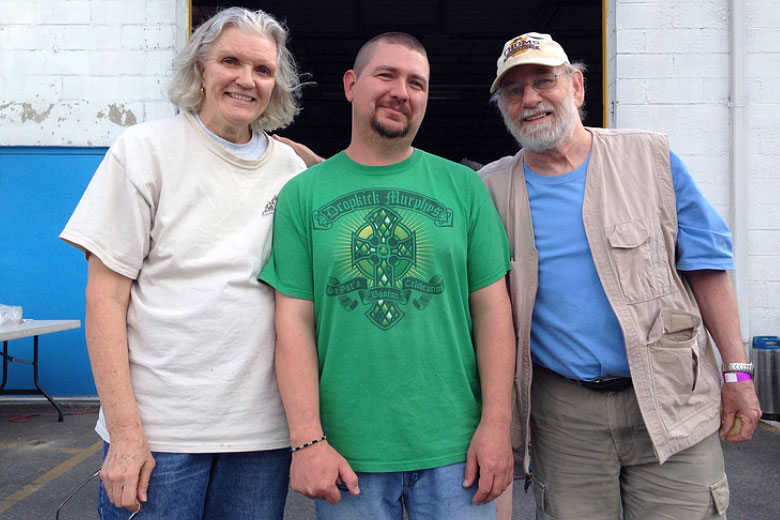 Back in May, Brewers East End Revival hosted its 18th annual home brewing competition. Each year beers from around the country are sent in to the BEER Brew-Off in hope of positive feedback and perhaps a prize. Nearly 200 beers were judged in multiple categories at this year’s event with prizes given for best stout to best in show, but no award is more coveted than the Brewers Cup.

Each year the Brewers Cup winner is produced by Long Island brewery. The honor of selecting and eventually brewing the winning beer in 2014 went to Greenport Harbor Brewing Company. After a long day of deliberations where DJ Swanson, head brewer of GHBC participated in the judging, a winner emerged: Jim & Jean Thoms’ Belgian Blond Ale.

The Thoms, who have been brewing together for years, frequently show up to monthly BEER meetings and festivals across Long Island with delicious and meticulously crafted homebrew. The Blond was no exception. A couple months ago, it was recreated at the new Greenport Harbor brewery in Peconic. (In case you’re wondering about the spelling difference, J&J spell their Blond the Beglian way — no “e” — while Greenport went with the Americanized version Blonde.) Either way, Blond ales are typically fruity and slightly spicy with an upfront sweetness and dry finish. Though flavorful, they tend to be subtle, easy drinking options.

The Thoms are avid fans of Belgian-style beer making everything from blond ales, the lightest brews; to tripels, the strongest; and even sour ales. Like brewmasters in Belgium, the couple has a razor sharp focus; each ale is brewed again and again until the recipe comes close to their ideal. Since the competition, Jim and Jean have brewed their Blond five more times at home using the winning recipe. They have cultivated and used the same yeast bed for each batch, making small tweaks along the way to perfect the beer.

Thursday, beer lovers  will have the opportunity to taste the homebrewed and professional versions of J&J Blond(e) Ale side by side at the Lark in East Northport. Additionally, Greenport IPA and 2014 Cuvaison will be on tap. Cuvaison is brewed using local wine grapes; this will be one of the first times it’s available this year. Just a few short months ago, J&J Blond was just sitting in bottles waiting to be judged; now it will be on tap across the island. That beats a first prize ribbon any day.