Used wine barrels and fresh grapes are making their way into the craft beer scene. • Photographs by Lindsay Morris 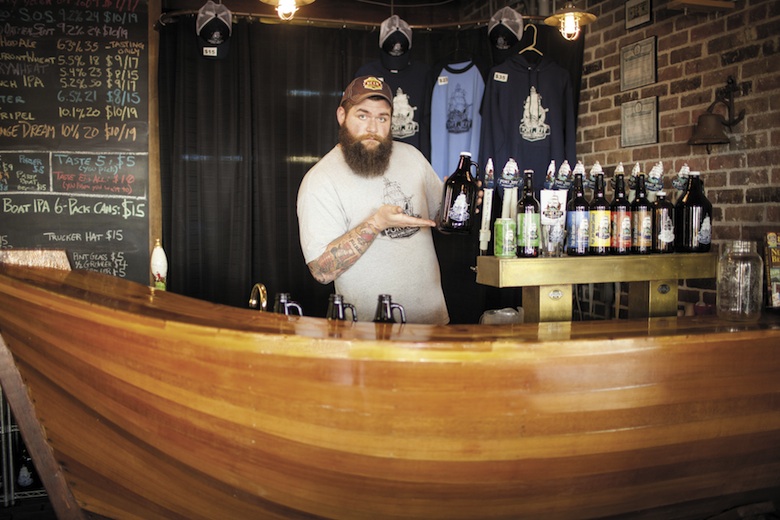 Standing among aging racks lined with wood barrels in the new brew room at Port Jeff Brewing Company, it’s easy to imagine you’re in the cellar of a winery. Out on the East End, Greenport Harbor Brewing Company’s new Peconic brewery sits smack in the middle of several North Fork vineyards. Long Island’s established wine industry provides an opportunity for the burgeoning craft beer scene to forge a successful marriage between the two beverages. Port Jeff and Greenport are blazing a trail between grape and grain.

Port Jeff Brewing Company is no stranger to barrel aging their beers, but their newly expanded program allows them to employ more used wine barrels. H3, their Belgian-inspired tripel, slumbered in French white oak chardonnay barrels for months and will be released in time for Christmas. Head brewer Matt Gundrum anxiously awaits the final product. “What better beer to put in the chardonnay barrels than tripel?” he says. “It’s made to be in that barrel, I think.” After the beer was aged only for a couple weeks, owner Mike Philbrick pulled a sample with Gundrum. “I took a sip,” he says, “gave the cup to Matt, and when I went to get it back the cup was empty.” Both enjoyed the snapshot of this beer aged with Brettanomyces bruxel-lensis, a yeast used to create sour beers, which can produce wild notes of horse blanket. “It almost tastes like a riesling,” says Philbrick.

Already bold and high in alcohol, the time H3 spends in the chardonnay barrels with the brett will only enhance and add character to its flavor. Oak barrels are porous and expand and contract, which allows the wine’s flavors to exit the wood and meld with the beer. Port Jeff plans to leave behind a portion of this iteration of H3 in barrel and add new batches on top. This allows the brett to mature and lend different levels of depth to future batches. “There is a science behind it,” says Gundrum, adding that customers can hang on to their bottles to see the flavor continue to change over time. Like fine wine, these beers also get better with age. 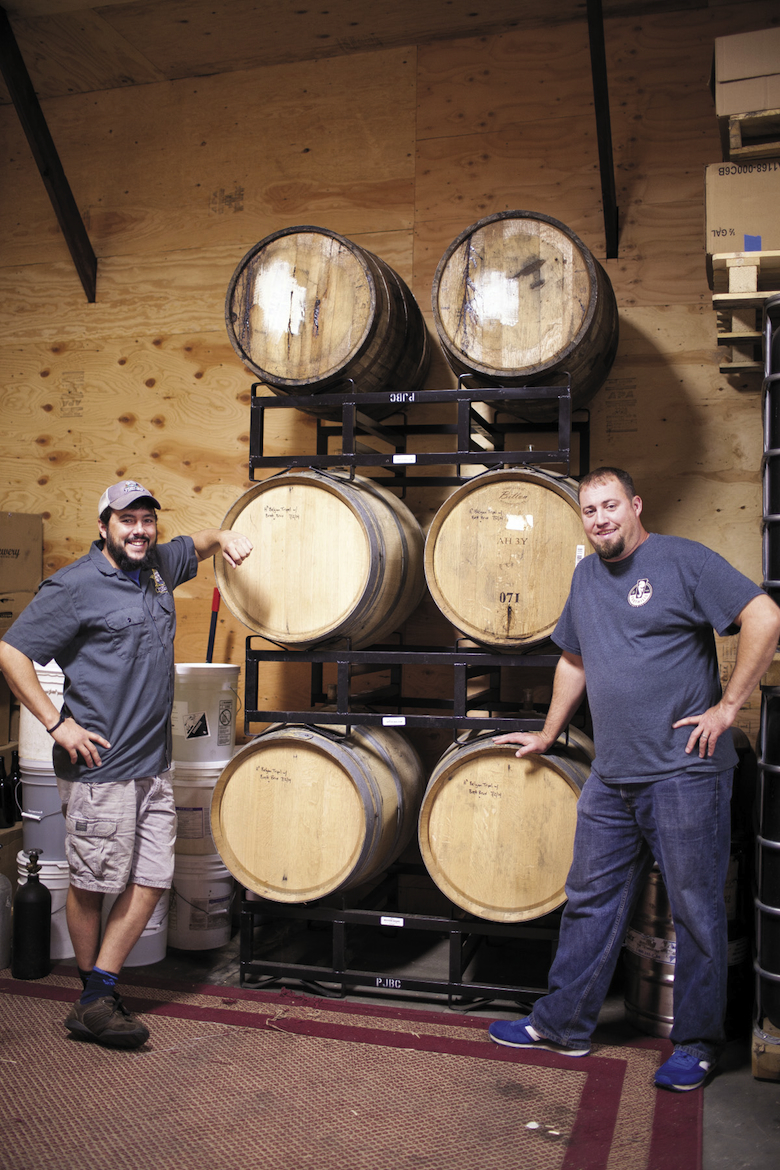 As we were leaving the brewery, Philbrick asked if we tried Cuvaison by Greenport Harbor, saying, “That thing is pretty cool.” Cuvaison is a Belgian golden ale that Greenport has brewed three times now, featuring grapes from different Long Island wineries in each recipe. GHBC head brewer DJ Swanson says, “Being a brewery in the middle of wine country, it seemed like a fit.” This year’s batch was brewed using sauvignon blanc grapes from Jamesport Vineyard, grain from New York Craft Malt up near Buffalo and hops from North Fork Hops in Southold, making it truly homegrown.

“We get asked about Cuvaison a lot, which is a good thing,” says Swanson. Each year’s batch has used different grapes from different vineyards. The first edition used sauvignon blanc grapes from Martha Clara Vineyards and the wine character really came through, giving the finished product an acidic bite. The following year they wanted to experiment and go in a “red direction,” so merlot grapes and juice from McCall Ranch in Cutchogue were used. Swanson says the red Cuvaison fermented differently and a more fruity character made its way into the beer. This year’s batch will be released in time for the holidays and will likely be a draught-only offering.

For years Long Island has been a well-known home to great wine, but craft beer is now following in its footsteps. It seemed only a matter of time before the two met; Port Jeff Brewing and Greenport Harbor made an introduction. We have a feeling that this won’t be the last we hear, or taste, from the happy couple.