The latest mixer behind the bar is a vinegar and fruit concoction once regularly sipped in the 18th century. 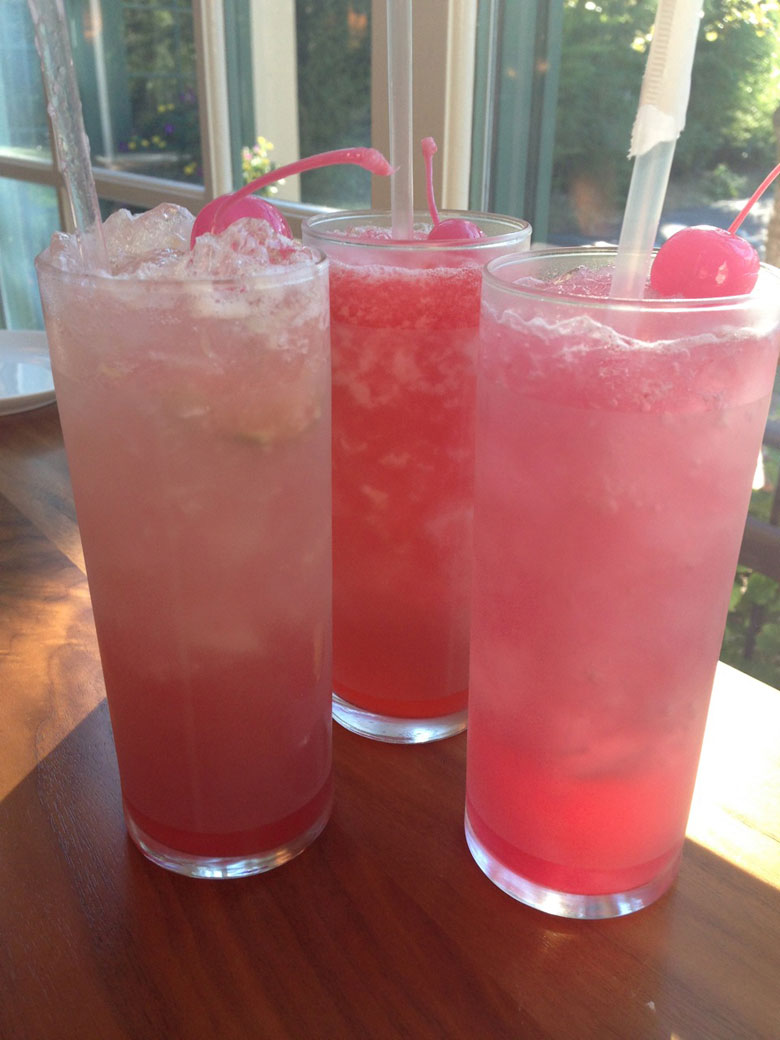 The last time shrubs were all the rage, America was still a colony, refrigeration didn’t exist and the chance of getting a twist of citrus in your moonshine was pretty slim. Now, these fruit, vinegar and sugar concoctions are appearing in an array of imaginative drinks that would astonish your great-great-great grandmother, thanks to cocktail artists like Richard Scoffier. He’s the food and beverage director for South Fork restaurants Nick & Toni’s, Rowdy Hall, La Fondita and Townline BBQ, as well as Nick & Toni’s café in the city, and he’s creating shrubs out of local produce from scratch and mixing up neo-Colonial cocktails for a 21st century crowd.

“I just put “Smokey the Berry” on the list at Nick & Toni’s,” he says. “It’s Kilchomen Single Malt Scotch and the Oysterponds Farms Blackberry Shrub. I went in to have one the other day, because it’s really different developing a drink than it is drinking one for fun, and I liked it a lot. It’s really excellent.”

Right now at Rowdy Hall there’s Number One, a whiskey sour made with Widow Jane bourbon and Scoffier’s very first citrus shrub. Numero Dos uses the second shrub made from strawberries in a margarita. There’s also the Remington Model 10, a French 75 variation using bourbon and a peach shrub. At Townline BBQ, the Sayville Motor Lodge is on tap, using peach shrub, bourbon and iced tea. At Nick & Toni’s, Scoffier also uses the shrubs in non-alchoholic raspberry-lemonade and blueberry-limeade at brunch. On the way are drinks using the apple shrub, currant shrub and the wine grape shrubs, and more.

“I’ve got local peaches, blueberries, raspberries, blackberries, currants, strawberries and four kinds wine grapes from Channing Daughters all holding tight for a long winter,” he says. “I also want to try tomatoes, peppers and cucumbers at some point. I did a smoked jalapeno shrub that made a great cocktail. I’ll definitely do a pear shrub, and I’m also getting some upstate cranberries to play with.”
And of course, he couldn’t resist a pumpkin shrub. “The flavor in the pumpkin syrup is so raw and clean, I think I’ll add some spice to that one,” he says.

Scoffier shares his insights into shrubs and how they’re being received on the cocktail scene:

What got you interested in shrubs?
“I’m always looking for new ways to expand the cocktail repertoire, and to preserve bright summer flavors for the cold, dreary months. I think they lend themselves to all sorts of cocktails, and they’re also great for simple non-alcoholic sodas. Shrubs are a way to take local fruits and flavors that may have short seasons or spoil easily and use them throughout the year.

What intrigues you about shrubs?
“I love the acidity and the way they add fresh fruit flavor. Tasted on its own, a shrub is like sipping a mouthful of fresh fruit juice that makes you cheeks pucker like a good wine. It’s just such an incredible flavor. In a drink, acidity also pulls other flavors forward, and shrubs add acidity without using citrus. I’ve been making infusions for a long time, and I always felt that flavor comes through better when it’s supported by the alcohol, than through syrup. But shrubs have definitely turned me around on syrups, thanks to the acidity.”

When did you first come across shrubs?
“My very first exposure was with the Bittermens Hellfire Shrub, which is a red wine-based habanero shrub. We use this fiery concoction in the Possum Ridge Paralyzer at Townline BBQ. It’s made with Dutch’s Spirits Sugar Wash Moonshine, fresh lemon and local honey syrup mixed with the shrub. I add the shrub to the honey syrup so the bartenders can have an easy measure that won’t overdo it on the heat.”

And your technique for making shrubs?
“Most recipes involve a hot process, meaning the fruit and sugar is heated up. I don’t use heat at all; I macerate the cold fruit to release the liquid, then strain and add vinegar. I tend to do the fruit, sugar and vinegar in descending ratios. Recipes I’ve seen do all the way up to 1:1:1. I’ve used distilled white, white wine, red wine, champagne and apple cider vinegar. I’ve also got some mother of vinegar starters and want to make some vinegar of my own, maybe using local wine. For sugar, it’s mostly granulated sugar, but I have used some raw and brown in combination.”

Any little tricks?
“One trick I did figure out is, after the initial and secondary straining, I rinse the pulp with the vinegar to strip all the fruit from the seeds and skins so that nothing is wasted. With a batch or raspberries, I went from a quart of jam-like leftovers to having a quarter pint of naked white seeds. Every bit of the fruit went into the shrub. Shrubs also need to rest. A new shrub can taste a bit like a salad dressing, but after a few weeks, the vinegar aspect mellows and the fruit comes forward.”

And how do you make a drink from a shrub?
“For a cocktail it depends on a lot of factors and balance can be achieved in many ways. I’ve had drinks that go nearly 1:1 with booze/shrub. Others have just a touch of shrub with citrus and spirit. When using the shrubs in a non-alcoholic beverage, I dilute with water or soda, and I add more sugar to back off the acidity.”

What kind of reactions do you get from people?
“Everywhere from love it to hate it. When people don’t know there’s the vinegar in the drink, it can go anywhere from wonder to befuddlement; they’re like, “What is that?” There are certain times the vinegar is more present and others where it is not, but most of the time if you tell someone, they can pull it out of the flavors.”

Here’s an easy shrub recipe for this time of the year:
“Get some good local apples, core them but don’t peel them, and chop them up small. You can do a quick pulse in the Cuisinart if you have one, but don’t get crazy. Add half the amount of sugar than you have apples. Leave the mixture in a sealed container in the fridge for five to seven days, shaking or stirring occasionally. Then strain the mixture through cheesecloth, squeezing the apples hard. Start with about 1/4 the amount of apple cider vinegar as you have syrup — and get the real thing here. Bragg is my favorite although Heinz is fine. Rinse the pulp with it, then strain again through the cheesecloth. Now taste; the vinegar bite should be present and perhaps a little much; the sweetness should not win. Place it in a sealed container back in the fridge for at least a week; it continues to mellow for up to three weeks or so.”

And a drink:
“Take 2 ounces of you favorite whiskey or vodka, 1 ounce of shrub and a squeezed lemon wedge, and shake it all up with ice. Strain over new it ice, and top with club soda or ginger ale. Easier than pie!”