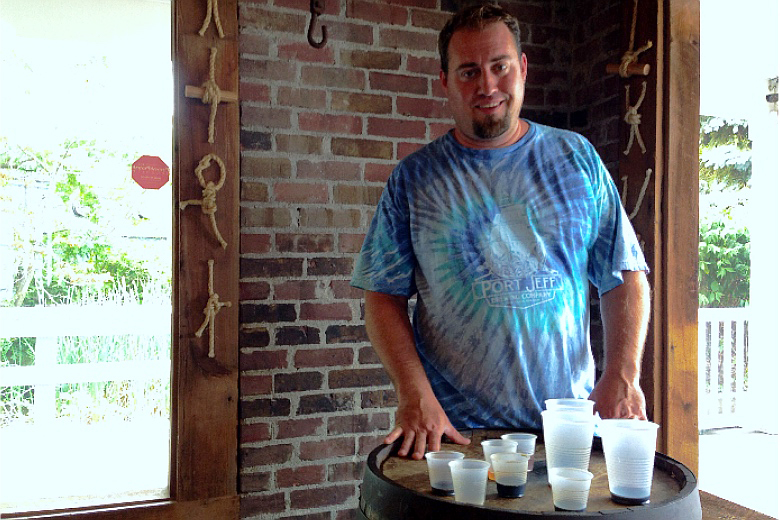 Get ready for a local favorite to become more widely available. Clare Rose Incorporated has scored themselves the distribution rights for another Long Island craft brewery, Port Jeff Brewing Company. The partnership began Nov. 3. Clare Rose supplies Nassau and Suffolk counties and with Port Jeff Brewing Company in the fold, they now hold the rights to most of the elder breweries on Long Island

Clare Rose was founded in 1936 as a small soda distribution business by Clare and Millie Rose. The corporation grew out of  Patchogue and they have now evolved into “Long Island’s premier supplier of Anheuser-Busch InBev and Heineken USA” according to their official website.

In recent years Clare Rose has expanded to include craft beer. Craft Corner is the moniker for this new fluid and growing division. A quote taken from their website states, “Clare Rose Inc. is committed to the growing craft beer segment. We always look to pursue new avenues of growth to expand our craft portfolio and bring the best of the craft beer world to Long Island.” The Craft Corner portion of the Clare Rose portfolio consists of national and local craft brands. Two of the larger breweries in their stable are both owned by Anheuser-Busch InBev, a Belgian-Brazilian multinational beverage and brewing company headquartered in Leuven, Belgium: Goose Island Brewery of Chicago and the recently purchased Long Island craft beer institution Blue Point Brewing Company. Alongside the larger, national brands, Clare Rose has made strategic and important inroads into the local craft beer community on Long Island. These relationships stretch from SingleCut Beersmiths in Astoria, Queens, out to Riverhead and Long Ireland Beer Company. And now they are joined by Port Jeff Brewing Company.

Located downtown, in the heart of Port Jefferson NY the just over three-year-old brewery has become a mainstay of many establishments throughout New York. Creative and innovative Port Jeff Brewing Company has released numerous styles of beer to a wanting public. Recently arrived head brewer, Matt Gundrum, has been hard at work tweaking recipes, dialing in equipment and brewing more beer. Owner and brewmaster Mike Philbrick has already ramped up production anticipating the partnership saying, “We basically will go from two sales guys delivering all over Nassau and Suffolk to over 40 people representing the brand.”

We wish Philbrick and the other amazing people of Port Jeff Brewing company the best. This new arrangement will mean more beer for their fans and the ability to secure more taps hopefully leading to more fans. When asked about the switch from independently distributing his beer to partnering with the local powerhouse Philbrick said, “Self distribution gives you incredible insight to how your customers want to be served,” which is a level of service he sees continuing through the partnership with Clare Rose. We are excited to see what this relationship will bring to real craft beer drinkers.