All Dressed Up? Here’s Where to Show It off This Weekend on the East End

Costume contests, Day of the Dead and cocktail specials on the South and North forks for Halloween. 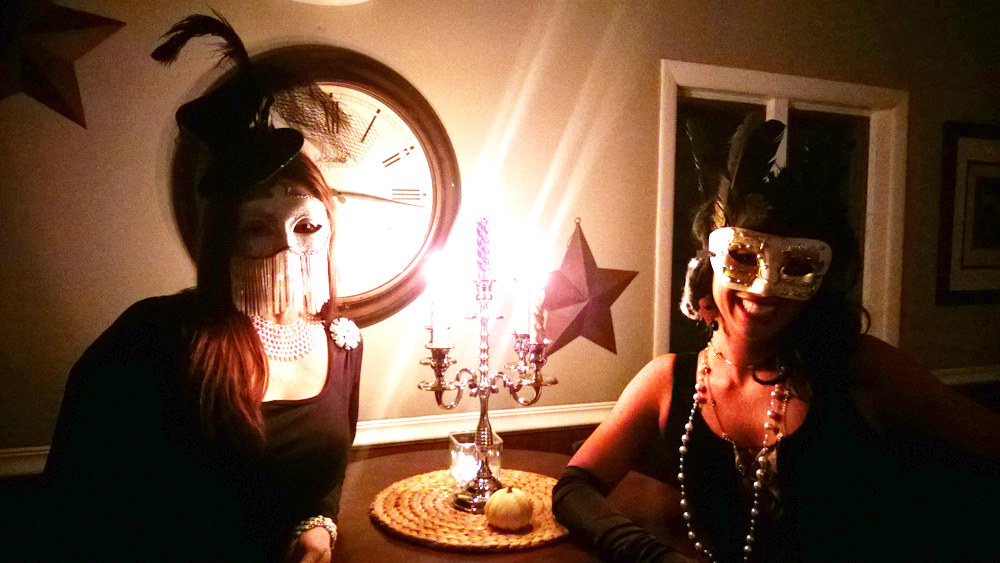 Not since we were children did the idea of dressing up in a strange costume and venturing out into public seem like a good idea. Ordinarily, looking overtly unusual is something we avoid.  Halloweenseems to take away the fear of being unusual. Since it is no longer acceptable for adults to go door to door asking for candy (think about how scary that would be the first time it happened), we seek to go places where we might encounter like-minded individuals. Whether in a restaurant, bar or taproom, being in a familiar public setting in costume may not initially seem as enjoyable as when you were seven and trick-or-treating with friends, but when everyone gets into the spirit, it becomes an adult version of the childhood act: accepting of the weird, celebrating the daring and different (after all, no one wins for “most ordinary costume”). When the waitstaff is also in costume, the evening takes on a different feeling because you’re all in this together. It could be that you’re in costume or it could be the live music and dancing, drink specials, or the really cool people cooking and serving your food and drinks that make it so much fun. A win however you look at it.

To help you plan your East End Halloween haunt:

La Fondita – 74 Montauk Hwy., Amagansett, NY 11930 – 631-267-8800
Day of the Dead Celebration, Saturday, November 1 and Sunday, November 2. Celebrate the Mexican holiday Dia de los Muertos with kids crafts by the Golden Eagle Art Store on Saturday (raindate Sunday) from 10 to 11:30 a.m. Children, 5 and up, decorate their own skulls, play games, and enjoy La Fondita treats. Space is limited. Cost is $10 per child. The event will benefit a local family in need. Please RSVP by calling Golden Eagle at 631-324-0603.
La Fondita is also offering traditional food specials in honor of Dia de los Muertos on November 1 and 2.

For North Fork events, head over to North-Forks website!