Dive into our latest issue as the season changes. 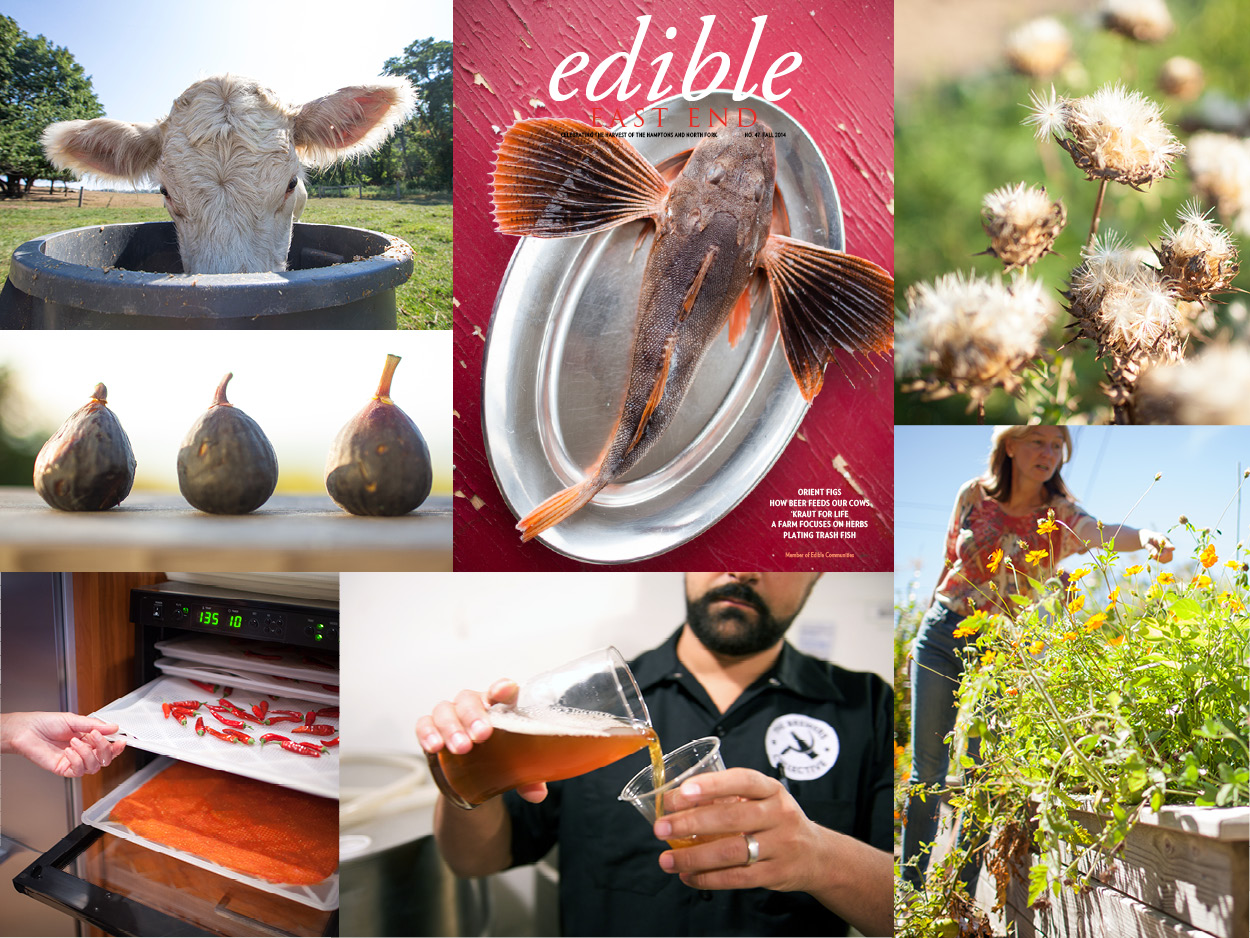 When I was a kid fishing at the Shinnecock Inlet, we’d regularly pull in sea robin—an awkward-looking fish with an even worse reputation. (The name is reported to come from either the two wing-like fins on the fish’s sides, the red-breast red of the fish or the strange croaking sound it makes.) Neighboring fishers maligned them as trash and cursed them for stealing bait. It was common practice to kill sea robins before tossing them back.

My dad felt otherwise. A professed meat-fisher, as opposed to sport-fisher, he gladly kept and ate sea robin, especially if we weren’t catching anything else. We later learned the fish is revered in France, where it’s a key ingredient in bouillabaisse.

And now partly because of the work of the Montauk-based community-supported fishery Dock to Dish, sea robin (artfully dubbed Atlantic gurnard) is showing up on menus at city restaurants like Gramercy Tavern and Telepan, as well as East End joints like Nick & Toni’s and Almond. If that wasn’t enough inspiration to look for sea robin at the fishmonger, contributor Geraldine (Jerry) Pluenneke shows us how to make it five ways, including gurnard crudo, ceviche and doused in sake and baked on a bed of bok choy and turnips. One eater’s trash fish is another eater’s bouillabaisse.

And one brewer’s spent grain is an animal farmer’s feed. Writer Gianna Volpe tells a tale of cooperation among our region’s breweries and the increasing number of livestock farmers. It’s a good time of year to expand our tastes. With our incredibly long falls, we enjoy the shoulder-season overlap of summer produce still on the vine even as autumn crops come in. At Almond restaurant, eggplant three ways shows up on the same menu as Brussels sprouts two ways. But that will only last so long.

New tastes we can now count in our local lexicon come from Lucky 13 Oysters in the Great South Bay, Hampton Brine’s bevy of krauts and pickles and, from the Long Island Brewers Collective, a new series of nano-brews from homebrewers that turned professional, which will sell out of Taste of Long Island in Farmingdale (and perhaps soon at a beer store near you). Greenhouse berry-grower Oysterponds has an expanding crop of figs. And East Hampton’s Bonac Farms raises a pharmacy of medicinal plants and used this season’s profits to buy a steam still to create lavender, rosemary and mint oils for next season.

With the coming cold, there’s an added excuse to get to know the mission of the Long Island Merlot Alliance (aiming to define and promote the “characteristics of Long Island merlot”) and the cab francs of Russell Hearn’s T’Jara label. Brush up on clam chowder recipes inspired by one of the region’s remaining clam diggers, or com- bine spuds and squash (two locavore standbys of the coming months) into butternut gnocchi. Seasonal eating at its best.