A Berry Farmer Dips His Toes Into Growing Figs

Not Newtons. From a random cultivar, a fig farm grows in Orient. • Photographs by Lindsay Morris 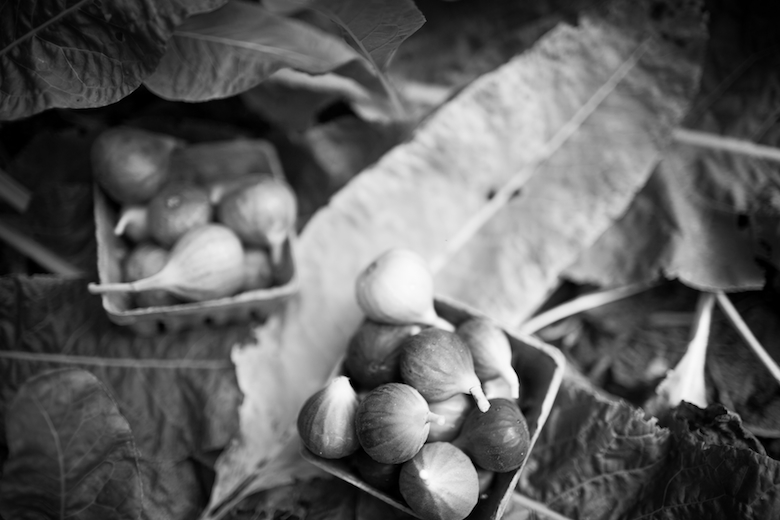 “The fig is like a sacred plant,” says Tom Stevenson as he stands in the middle of Oysterponds Farm, his family’s 10-acre berry farm in Orient. In India, Hindus and Buddhists worship the rounded, soft purple fruit, as did the ancients of Islam, Egypt, Greece and Rome.

Closer to home, Italian immigrants brought fig cuttings from the old country to Brooklyn, where they were fiercely guarded. “They couldn’t bring much, so they brought what was important,” says Stevenson. When the families bought vacation homes out East, figs went with them. “In the city, people would steal them,” he adds. “Here, we just worry about the deer and the birds.” 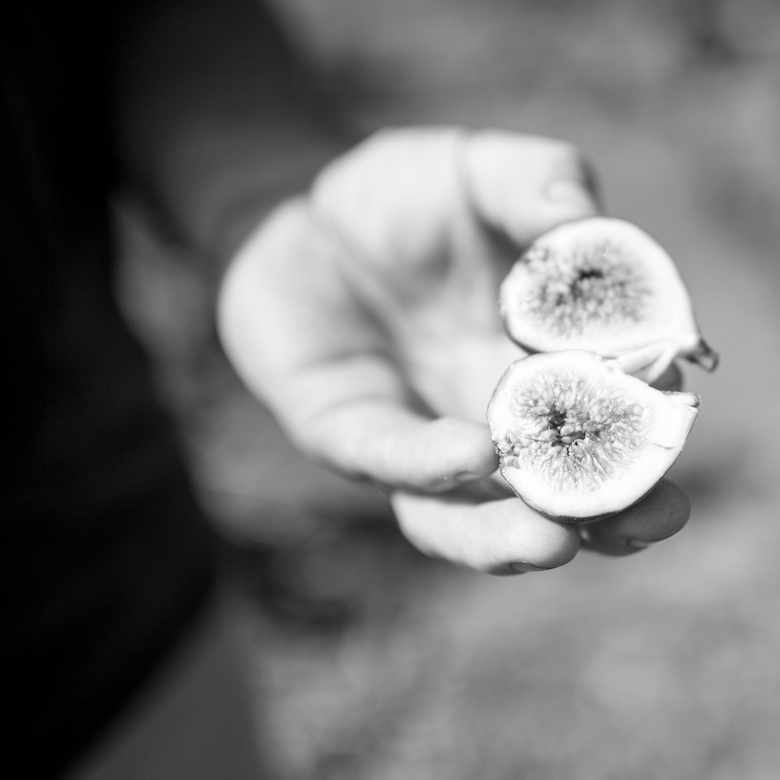 People go nuts over figs, and it seems like everyone has a story. Oysterponds Farm’s fig story started when painter Alana Rose and writer Garth Brown, friends and artists in residence at the William Steeple Davis House in Orient, pointed out a 20-year-old fig tree, whose variety is a mystery, growing too close to the historical house. Stevenson offered to prune it and guesses from the shape of the leaves, the color of the fruit and the hardiness it’s a Chicago hardy fig.

Using his initial cuttings, he planted 40 trees by sticking the twigs into the ground. Fig trees root very well and grow exponentially. “One year you may have 30,” says Stevenson, “and hundreds the next.” They don’t need water, fertilizer or spray. A little compost and lime keep the soil’s pH level up; East End soil is more acidic than California or the Mediterranean, where fig trees grow tall. “In our climate they tend to expand at the root,” says Stevenson. 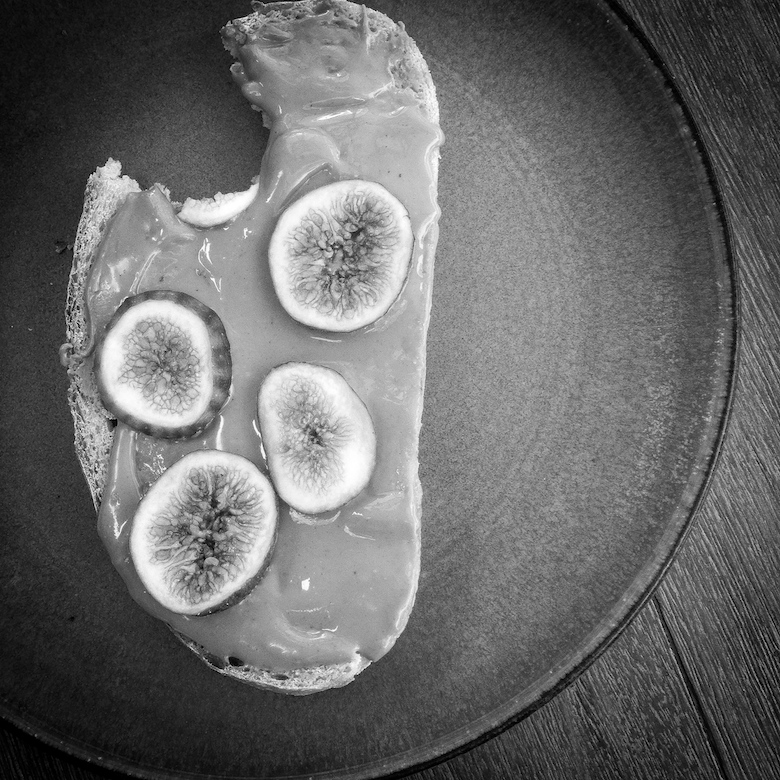 Spreading shrubs, like fig trees, cannot be wrapped in burlap to protect them during cold months. Still, even after last year’s cold winter, the unwrapped trees survived and even thrived.

The worst that could happen is a complete die- back to the ground, but the roots won’t die. Stevenson grows some trees in the open, but the trees in his hoop house are doing best. Inside, the hoop house is like a jungle, hot and over- grown, and home to the largest fruit-bearing trees. The tallest tree, close to breaking the plastic ceiling, came from Race Rock Oysters proprietor Phil Mastrangelo’s grandfather’s tree in Brooklyn. “We gave him some trees when his dad died,” Stevenson says. “That was cool.” 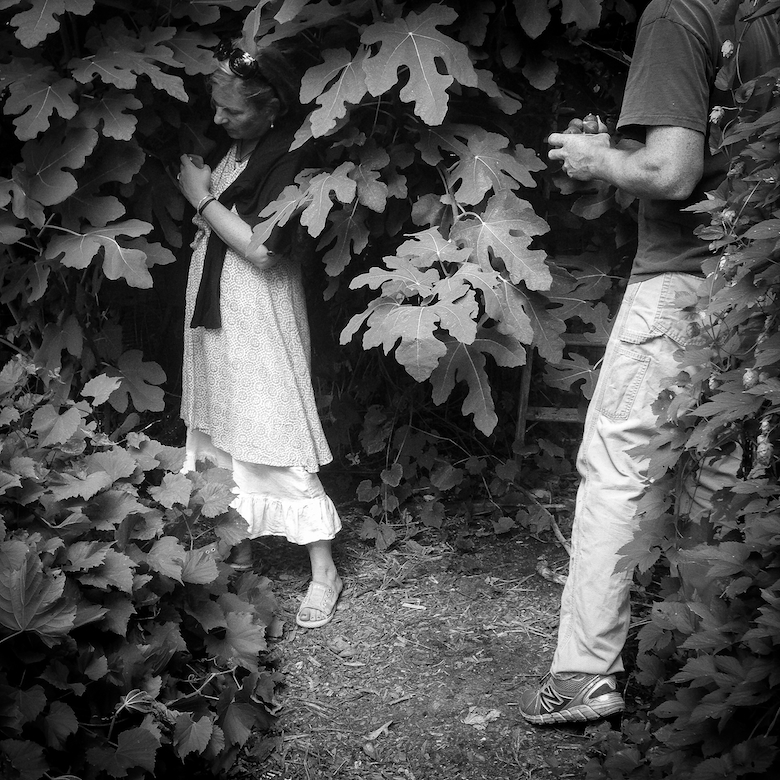 He soon planted Black Mission, the most well-known variety, and Ischia, a green variety, as an experiment. Some of the three-year-old plants have yet to produce fruit, which is not abnormal. Still, Stevenson wonders if the young trees are taking up valuable space in the hoop house. “We’re hoping it’s a time thing, Stevenson says, “I don’t want to pull them out.”

The fruit starts out green and upright on the branch. Once they get some sugar and weight, they turn purple and fall downward. If they get too ripe, they become ant food. Outside, even with netting, the birds take their share, but that’s nothing compared to other high-maintenance fruit tree crops. 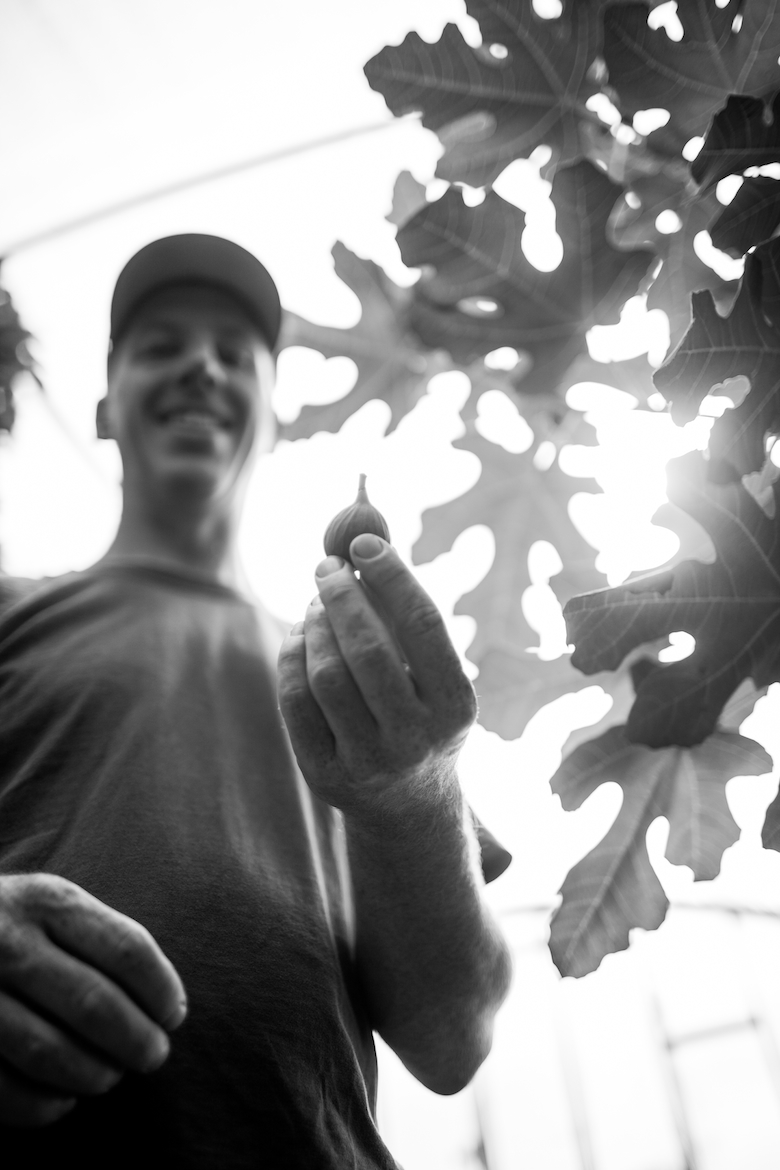 Due to a cold spring, the fig’s short season got off to a late start this year; only a few figs had been harvested by the first week of September, but they sell out as soon as they hit Stevenson’s farm stand on the Main Road.

Local chefs beg for the fruit, but Stevenson is still trying to figure out if the crop is a niche item or can be produced on a larger scale.