A brewery for hire is a birthing place. • Photographs by Doug Young 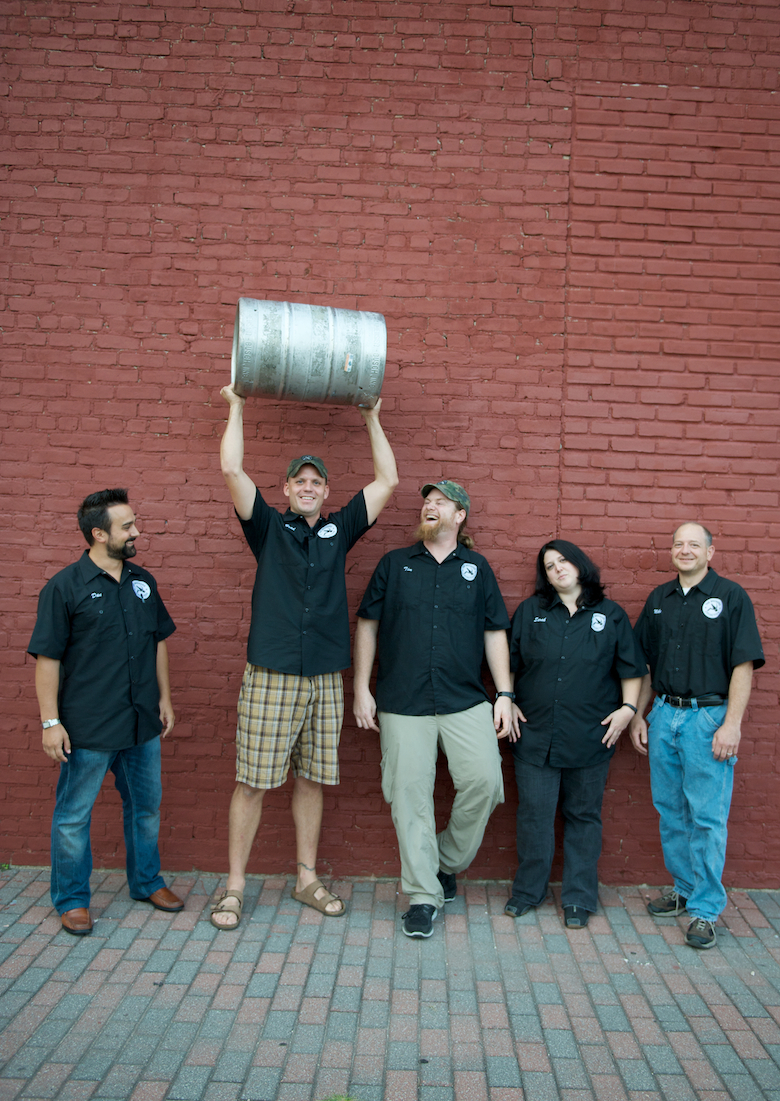 Beer heist. From left, Dan Russo, Brad Kohles, Tim Dougherty, Sarah Dougherty and Mike DePietto are sharing space at as they start up their beer businesses.

Jim Thompson and daughter Courtney Citko, co-owners of Farmingdale’s specialty food market a Taste of Long Island, have spent the last two years growing their business and their shared commercial kitchen. Their vendors and kitchen clients include everyone from gourmet bakers to food photographers; they are now venturing into new territory: brewing craft beer.

Thompson and his group of “pioneer brewers,” as they’ve affectionately become known, spent months converting the room under his storefront into a space suitable for fermentation. Brewers will use the existing commercial kitchen to brew, package and distribute their beer; it will then be poured for the market. Charles Becker of 1940’s Brewery, the Brewers Collective and Bobby “Po Boy” Rodriguez are the first tenants. Thompson will be host brewer. 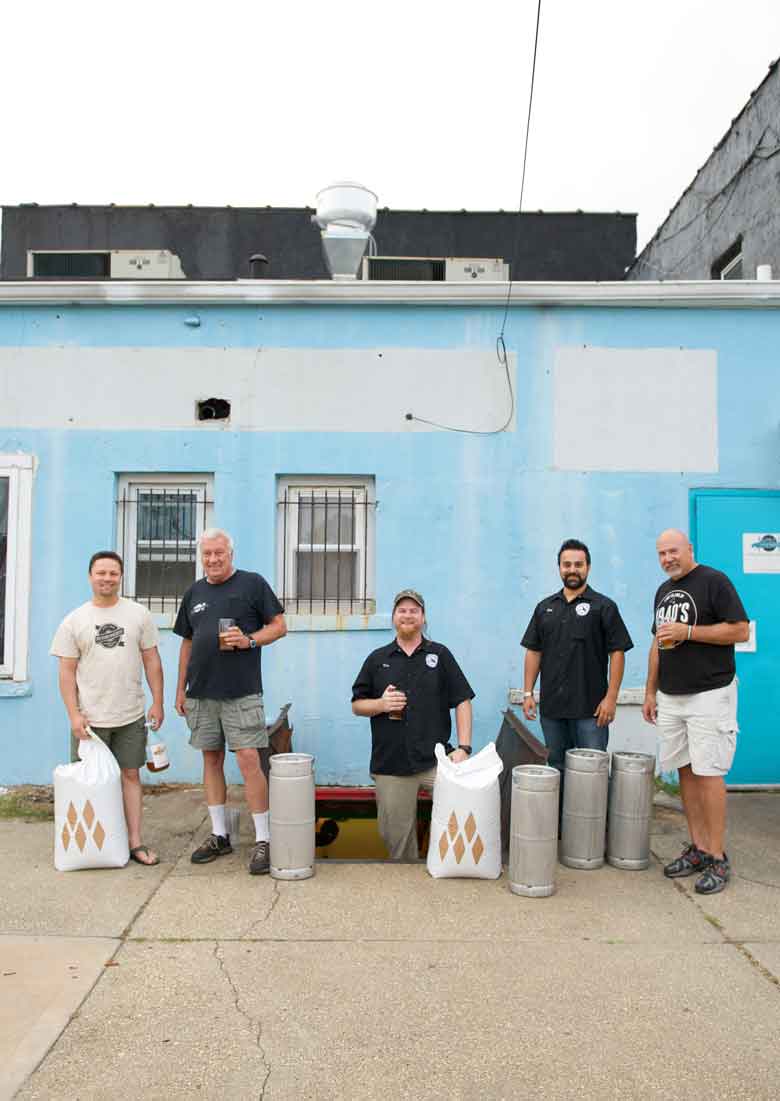 Jim Thompson, a home brewer in the ’90s, re-discovered his one-time hobby just a few years ago. After seeing the booming beer culture across the country, he thought, “I would love to see Long Island become a regional powerhouse of craft beer.” He set out to make it happen. After seemingly never-ending paperwork, his Farmingdale brewhouse is now Long Island’s first alternating proprietorship brewery. Thompson’s beer, Farmingdale Blonde Ale, is clean and accessible, which allows him to tweak it and add adjuncts. He plans to keep the same base recipe while creating variations based on the season and his mood—maybe a strawberry blonde? Thompson says he hopes to put out “something that has more mass appeal and will get those people from the Miller/Coors world to try craft beer.” 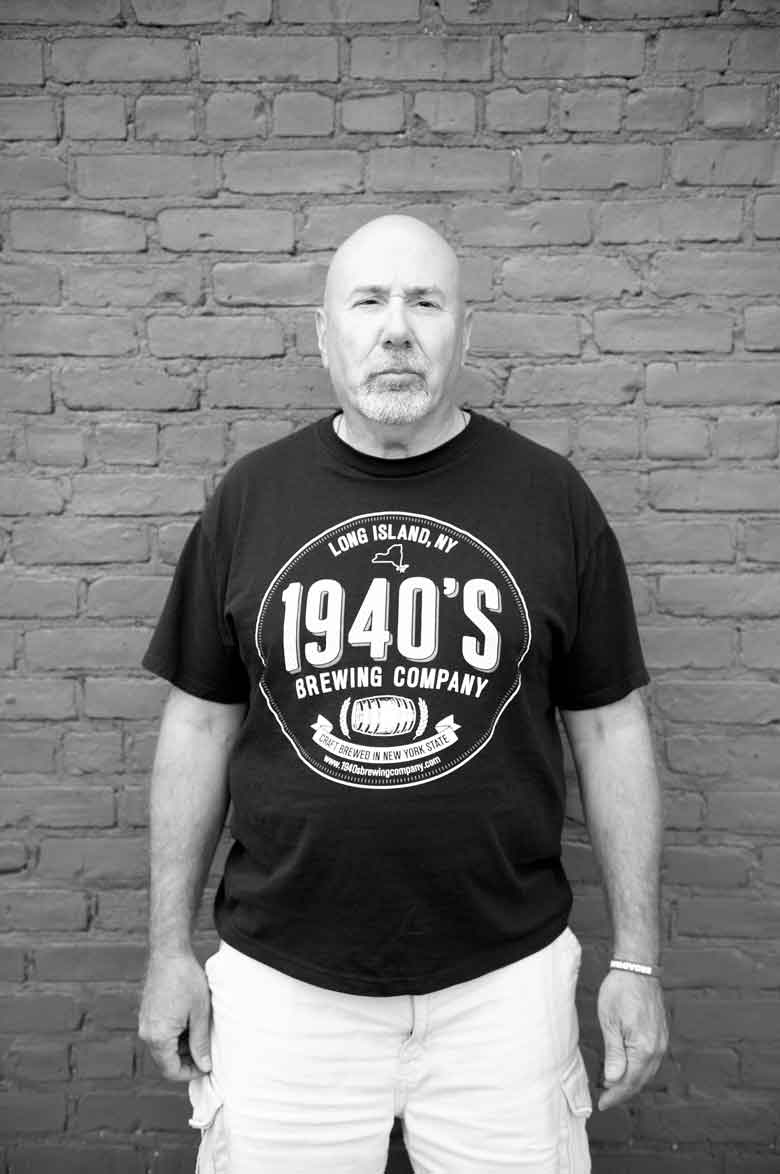 Charles Becker’s 1940’s Brewery grew from his family’s long-standing love affair with beer and brewing. His father was a part of the industry in— you guessed it—the 1940s. He and daughter Anne Marie frequently brew together and serve their creations at craft beer events across the island. Their shared hobby led Anne Marie to a job in the beer industry while Charlie decided to make the leap from home brewer to professional. Playing on his family’s heritage, Becker’s lineup is German inspired and will include a hefeweizen, roggenbier and bock.

If you’ve been to a craft beer festival on Long Island, chances are you have run into the Brewers Collective. A homebrew club turned professional outfit, the collective is a motley crew that collaborates on recipes and runs its brewery like a commune. They have become known for unique beers such as Bronze Age–inspired herbal gruits* and Fallout Stout, a dry Irish-style stout that uses hand-smoked malt, courtesy of members Tim and Sarah Dougherty. Useful Idiot, a more traditional IPA and their flagship brew, will see its fair share of production at a Taste of Long Island. The IPA will likely be brewed every other batch and alternate with sours, wild ales and experimental beers. 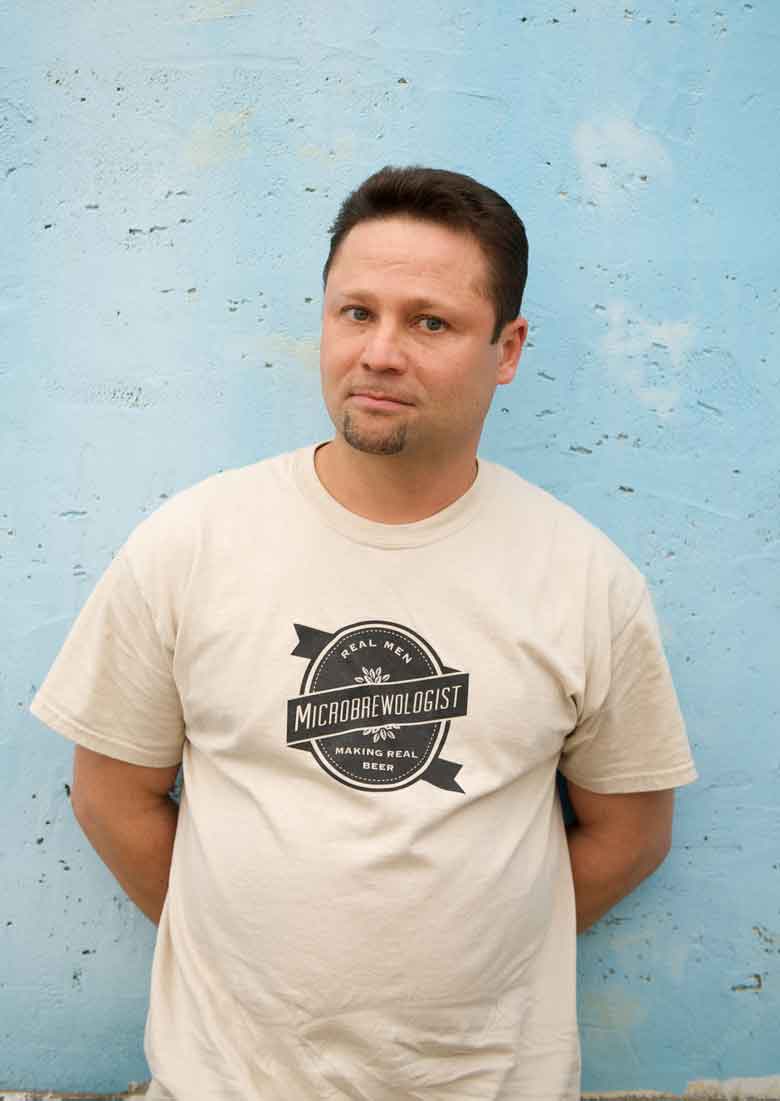 Bobby Rodriguez, of Po Boy Brewery, began home brewing in 2008 and has been honing his craft ever since. A certified beer judge, Rodriguez has entered and won many homebrew competitions, including one that ended up with his recipe commercially produced at Port Jeff Brewing Company. Under his professional label, Po Boy Brewery, Rodriguez is producing beer with the same attention to detail he employed while home brewing. “If there is ever a product that doesn’t meet my standards,” he says, “I’m not going to release it.” His portfolio is broad and includes everything from an IPA to a sweet potato spiced ale, but his unique ciders will roll out first. With delicious yet potent concoctions like Zombification caramel apple cider, Rodriguez has something for everyone’s tastes.

By expediting the rapid addition of four new nano-breweries to Farmingdale, a Taste of Long Island has become a hub for craft beer. As the current breweries meet success and outgrow the space, a new class of start-ups will get their chance to brew in the commercial kitchen. Big things are coming from a Taste of Long Island, and we’re looking forward to following their journey together.