Self-sufficiency in a sunflower-soaked corner of Southold. • Photographs by Lindsay Morris 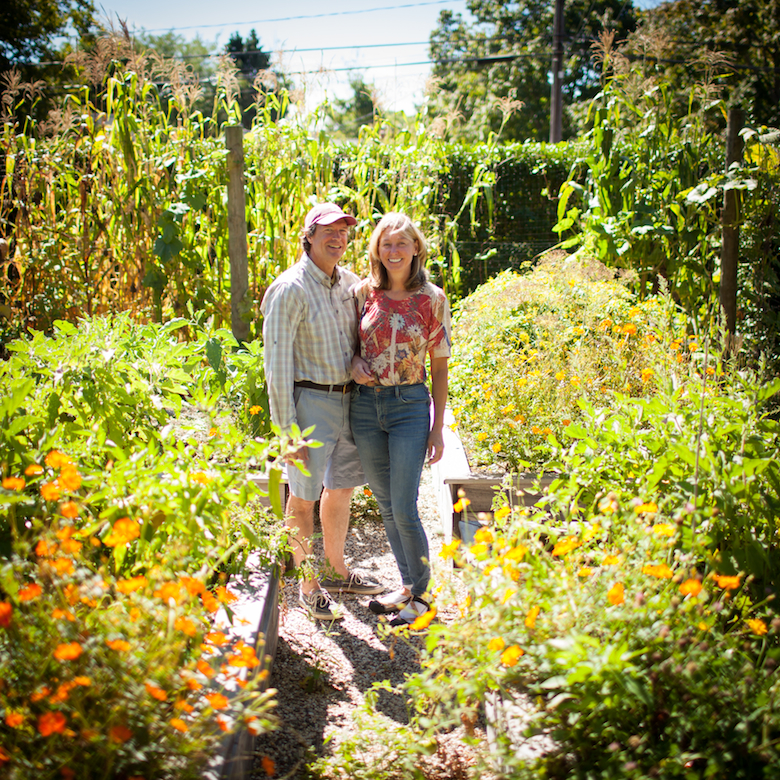 In a sunflower-soaked corner of a quiet Southhold neighborhood is a half-acre edible homestead belonging to Kim and Bill Dyla, an inquisitive do-it-yourself couple that have been nurturing their sustainable lifestyle on the East End since 2008.

Their story began in the ’90s in Chicago, where they married. Bill believed if their relationship was going to be a success they should have a common hobby; Bill chose wine, Kim chose cooking. Together they made coq au vin, an ideal culinary start for the newlyweds and the beginning of their kitchen gadget collection—a Rabbit wine opener and a Le Creuset pot. 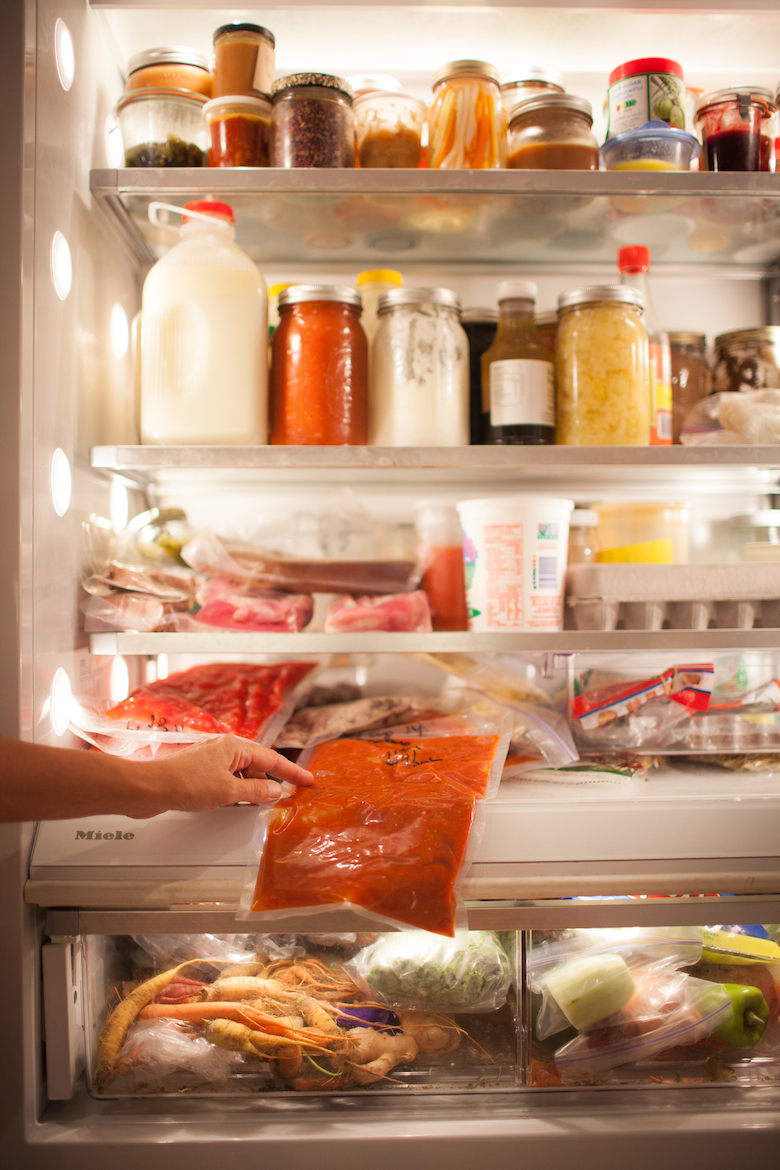 Soon the couple was frequenting the East End to visit Bill’s childhood friend on Shelter Island. “Everything looked more beautiful and abundant; we were hooked,” says Kim, whose desire to grow her own food started with the taste of an organic potato. “The flavor had a deeper taste; it helped me understand organic versus non-organic foods, something I never experienced before.”

The North Fork, where world-class wine and seasonal fare reign supreme, complemented their hobbies, which have grown into a lifestyle. Their concerns about processed foods, pesticides and a lack of diverse ingredients for their favorite dishes prompted them to grow, make and preserve everything by hand. 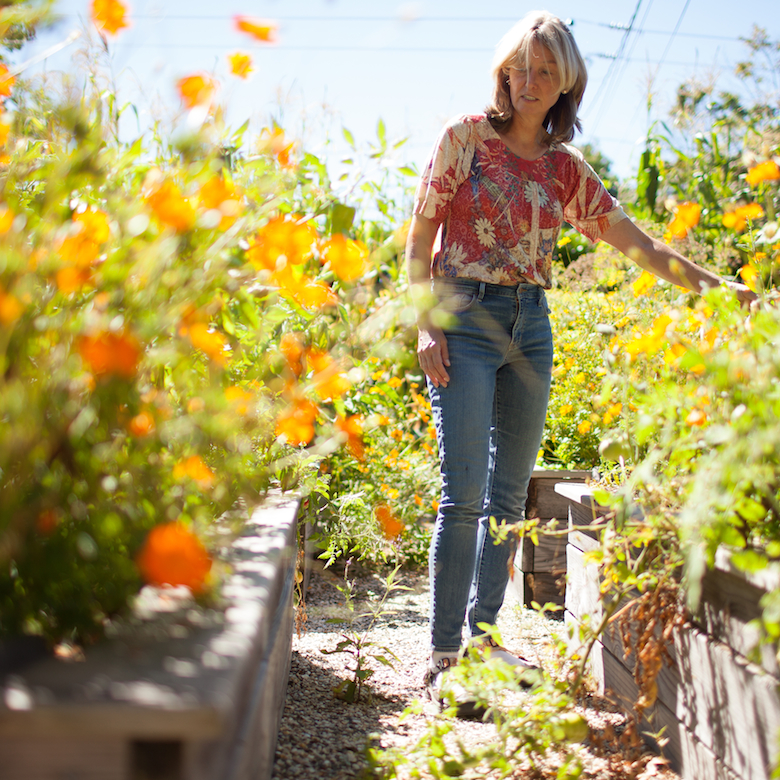 Bill is the builder, laying down the train tracks for Kim to choo choo along to grow as much as she can. In six years, the Dylas have grown more than 150 varieties of fruits, vegetables, flowers and herbs combined on an edible landscape that covers their entire property. Some plants are in raised beds and pots, others are dispersed in every nook and cranny that Kim can get dirty her hands on. Well over 20 different birds frequent their yard as well as bumble and honey bees.

Maybe it is a coincidence, but I like to think Kim’s first encounter with an organic potato became her growing karma; potato plants are scattered all around like yellow dandelions. Some of the plants are allowed to go to seed, which she saves for the following year. Even the compost bin is in on it, producing a Long Island cheese pumpkin. New this year are bees for honey and black oil sunflowers for making oil, which Kim approaches with the precise nature of her profession as an engineer. Her desire to research what she can grow goes back to her childhood dream of becoming a librarian. “We were rookies when we moved here and are still learning,” says Kim. 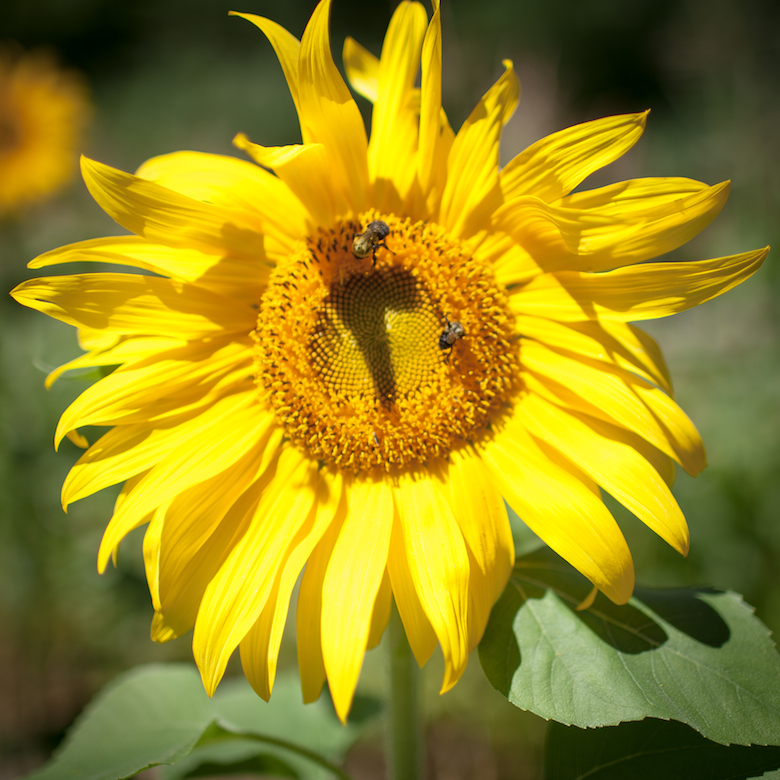 During my tour of the property, an intoxicating smell of bacon came from the Komodo Kamado smoker sitting just outside the kitchen, where Bill was in charge of pork belly from Deep Roots Farm that was smoking over coconut charcoal. Walking past the aroma and into the house, I found Bill placing beans in a coffee roaster for a fresh cup of joe; I was drooling with kitchen gadget envy and it did not end there.

I met the Dylas at a Slow Food East End Snail Supper and fondly remember the jalapeño corn bread made with homegrown Cherokee White Eagle corn. The corn was dried and ground into a cornmeal with a flour mill that Kim demonstrated for me. Watching the flour grind and the oats flake was mesmerizing and almost cathartic. 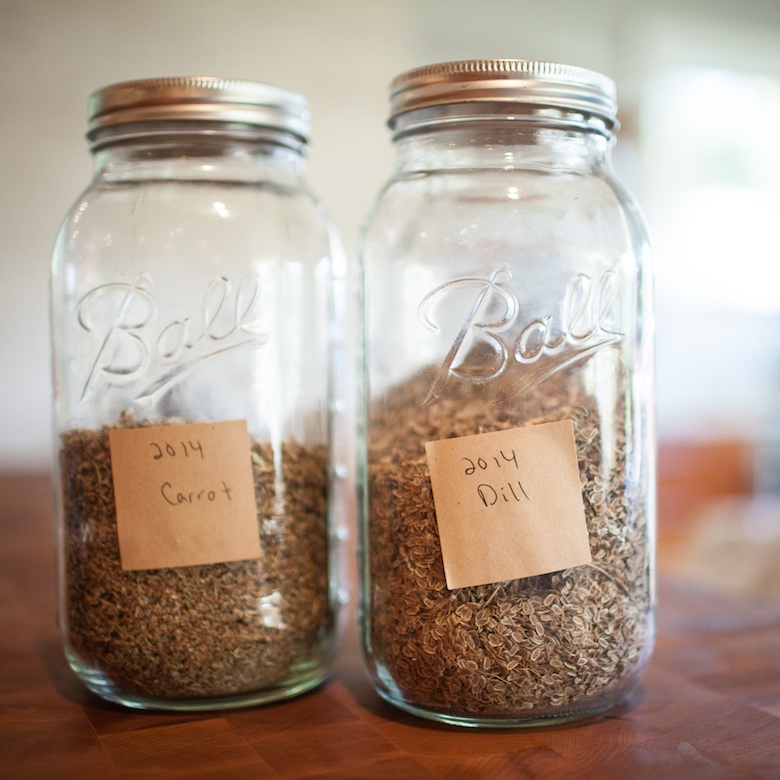 Kim wanted me to taste her homemade yogurt and granola. The yogurt is made with raw milk from Ty Llwyd Farm and is fermented in Mason jars in a dehydrator. The cream on top of the yogurt was decadent: sweet and tangy with an added bonus of lip balm–like moisture. “Making yogurt is so easy,” she says. “There is a lot of stuff that I think people do not make because they do not realize how easy it is.” The granola is made with flaked oats from the mill and is coated with a banana date paste that she whizzes in a blender.

I was lucky enough to peek into the refrigerator. Homemade habanero jelly, smoked bacon rind, apple cider vinegar, green chili paste, duck fat, goose fat, pork fat, duck curry, steamed pork buns and red cooked pork filled the shelves. As Kim looked deeper into the refrigerator she mumbled, “I need to delete that.” I chuckled as her computer-engineering side collided with her homesteading sensibilities. 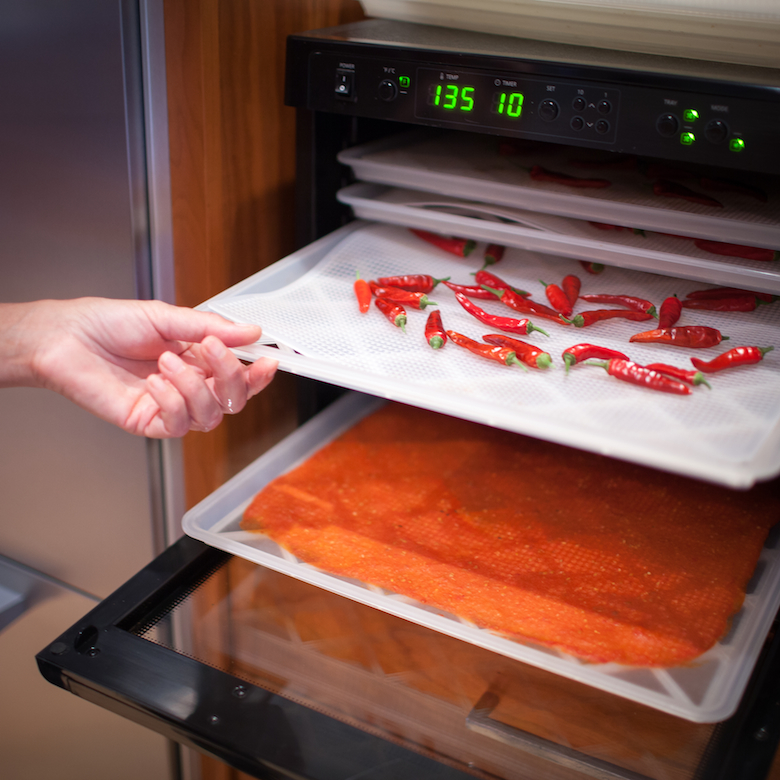 Kim opened a Slow Cooking cookbook that is one of 250 in her collection. Ethiopian, Thai and Mexican cuisines seem to be the couple’s favorites. “I’ve always been obsessed with food, cooking from scratch and getting as close to the source as I can with everything I eat,” says Kim. As she glanced over her bounty there was a pause. “I need to figure out where to put all this stuff, I think I am done, I think I am done.” My guess? She has only begun.

COOK For Kim Dyla’s granola recipe and a list of plants in her edible yard, click here.