Be on Your Gurnard 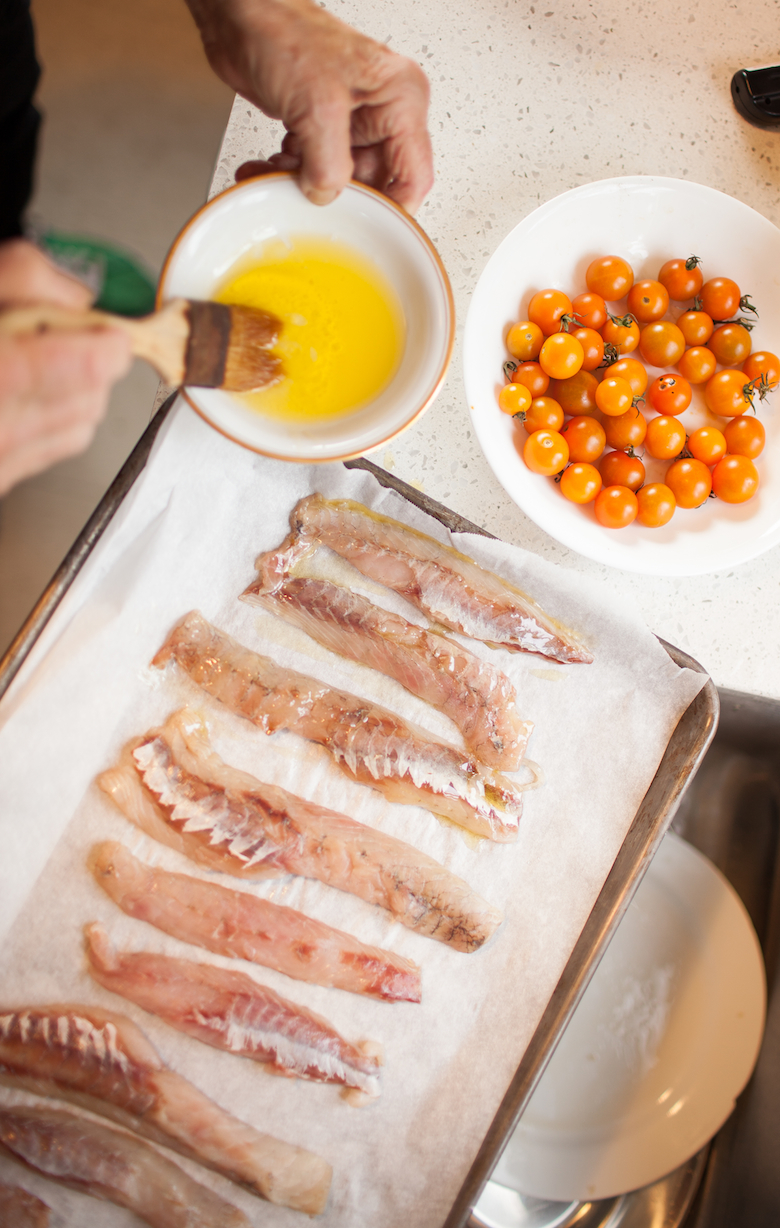 Blame Bill Voorhest. He’s responsible for my wondering about the taste of one of the most gastronomically dismissed, abundant and under-loved fish hauled from Long Island waters, the Atlantic gurnard. I heard rumors among local fishermen that these rejects, aka sea robins, make exceptional eating. As Voorhest talked of the gurnard’s off-putting prehistoric silhouette, I thought back to a long-ago interview I’d had with the late Alan Davidson at his central London home. Davidson, then considered a world authority on seafood (a role now filled by Carl Safina down the road on Lazy Point), spoke of fish prized in Europe but disdained here. He rifled through his Seafood Connoisseur’s Guide and Cookbook, a select list of 84 fish for foodies, to gurnard. There were European reds and yellows, the rich bases for bouillabaisse, and the Atlantic gurnard. But finding one here? Enter Sean Barrett, who heads Montauk’s Dock to Dish seafood cooperative; he was game to help me explore sea robins. Soon four of the fish lay on my kitchen counter and standing next to me was Jessica James, a friend and chef of 40 years. The weekend before Nick & Toni’s and Almond had used Atlantic gurnard from Barrett in special dishes; I’d tasted chef Jason Weiner’s gurnard crudo and his bouillabaisse. Each was terrific, each totally different. 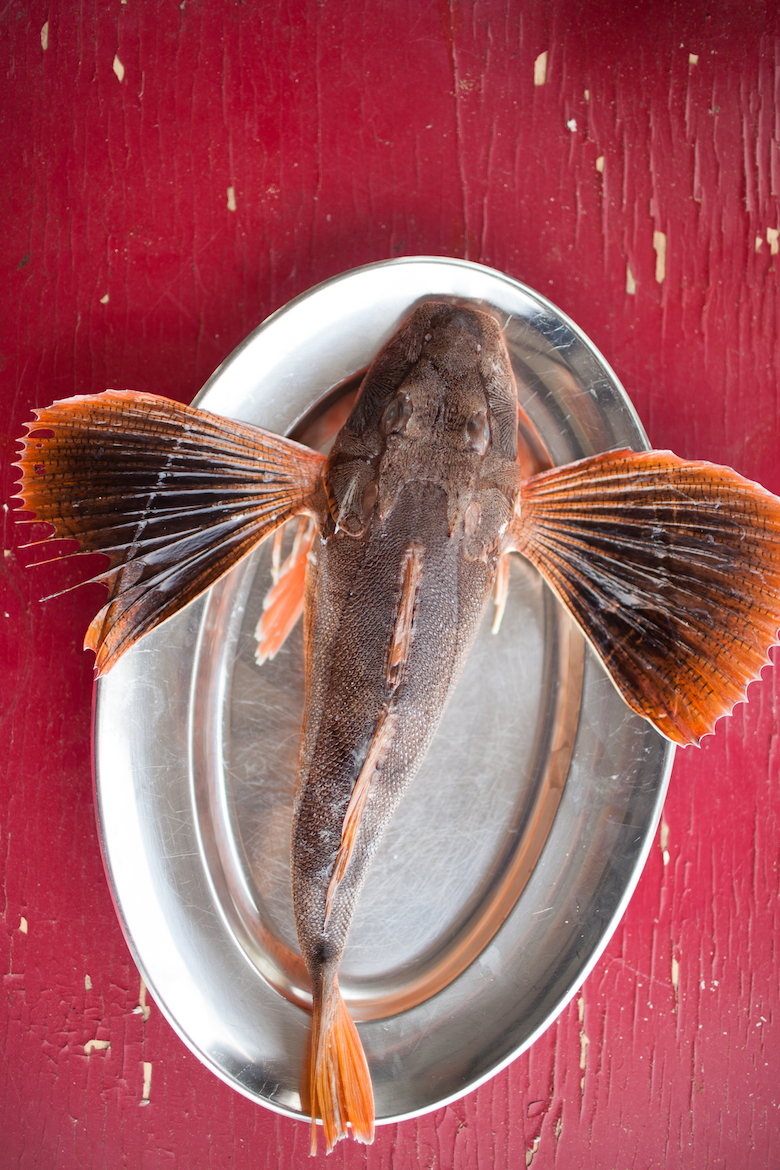 As Jessica and I cleaned the fish, our computers played different how-to videos on YouTube. Concerned the fish might be dry, Jessica urged we bake it en papillote. First we laid out squares of parchment, then a bed of baby bok choy, baby turnips and yellow beets, then we laid out the fillets and doused them in sake. After an hour at 390 degrees, the flavors mingled into a subtle, delicate whole; the was fish moist and still firm. The flavorful gurnard comes with spare parts that, as chef Bryan Futerman told me, make a wonderful stock, as centuries of bouillabaisse can attest. But would gurnard work with my preferred fast, low-effort style of cooking? For dinner number two, I made panko-Parmesan-crusted fillets that turned crispy and golden with only five minutes over the flame. They tasted clean and sweet with the vaguest hint of lobster; their dense texture resembles monkfish. 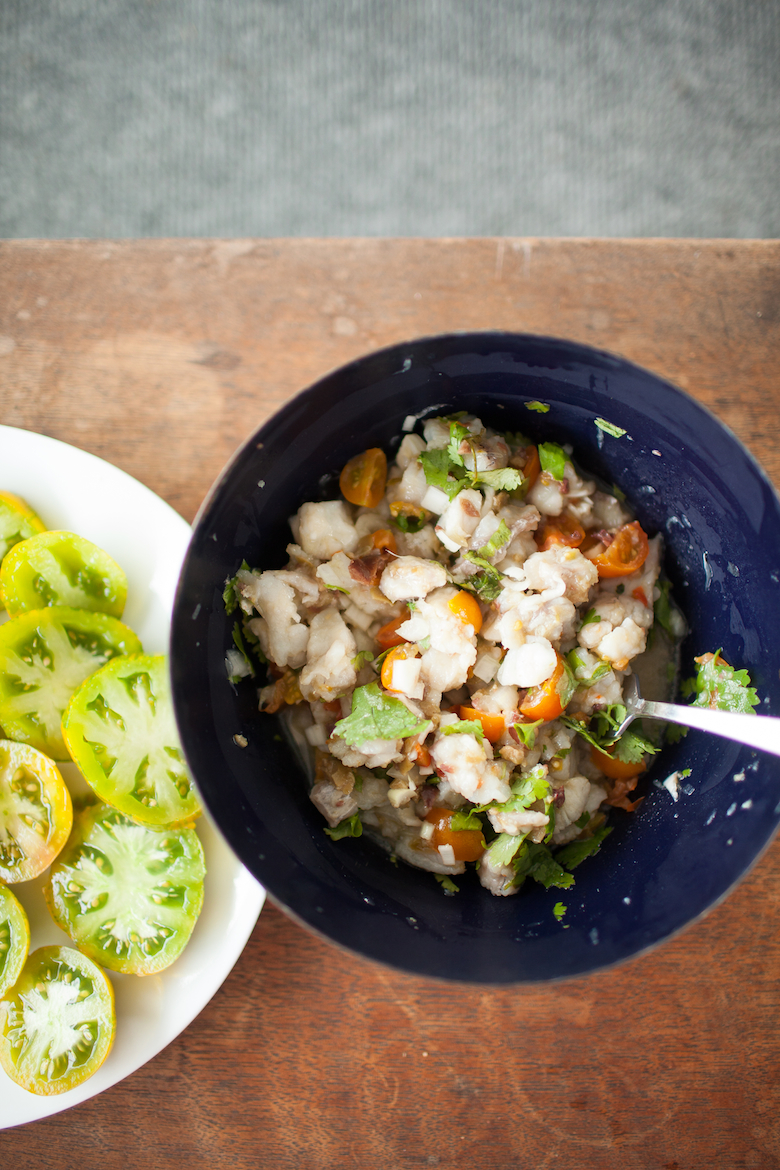 “Gurnard takes on whatever flavor you use with it,” says Charlotte Sasso, who co-owns Stuart’s Seafood in Amagansett. Sasso grew up eating her Hungarian fisherman father’s sea robin stews. So how could I not try out a palette of flavors for dinner number three? On the menu were a Mexican-flavored ceviche, a seafood stew rich with under-flavors of the sea and finally miso-glazed gurnard. The results gave a clue to why gurnards are landing on the menus of some trendy, sustainably tuned restaurants in London, New Zealand and Las Vegas.

WATCH Learn how not to clean sea robins and find one of Pluenneke’s recipes.