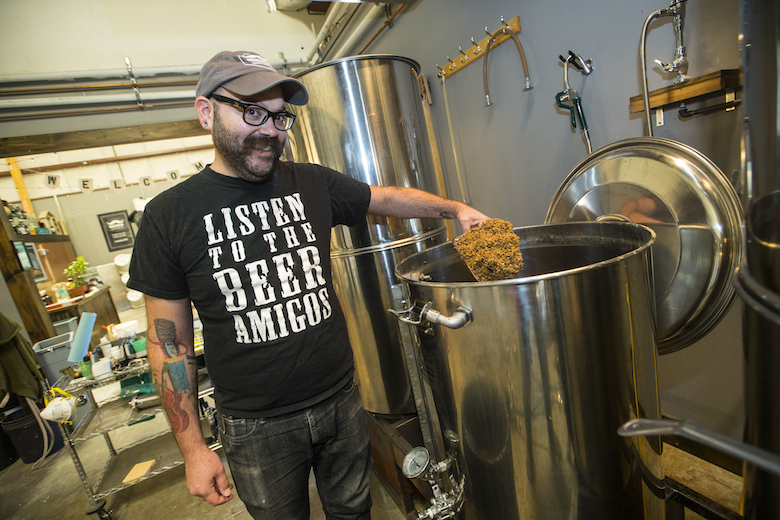 Brewing beer can easily produce thousands of pounds of spent grain, a by-product that has come to strengthen the relationships of those who live and work on the East End.

Southold’s Russ McCall is a farmer-wine-maker whose grassfed beef is sought after by local restaurants. But at first that wasn’t so, he needed to take the advice of the North Fork locavore sage and thrice-nominated James Beard finalist chef Gerry Hayden of North Fork Table & Inn. Hayden suggested adding spent barley to make his grassfed cows’ diet. It would be easier for the Charolais cattle to digest than, say, corn and it would add flavor to the beef.

“When we were initially giving meat to North Fork Table, Gerry said it was too lean for what he needed,” says McCall. “When we asked what we could do, he said he’d learned about using spent barley as a finishing product from brewers in the city.”

Greenport Harbor Brewing Company’s Rich Vandenburgh says McCall carts off the bulk of the brewery’s spent grain in 55-gallon drums, though Vandenburgh once drove as far as Riverhead to pay it forward to North Quarter Farm’s 150-head herd of American bison. “It was hilarious. The buffalo would come running when they saw our trucks because they knew this sweet-tasting grain was on its way,” says Vandenburgh. “Doing this is really important from our perspective of wanting to minimize any kind of environmental impact we may have in landfills, waste, whatever— not that we don’t sometimes based on the amount we have—but anytime we’re able to further the purpose or benefit of what we’re using and get a second round of use out of it, we do.” 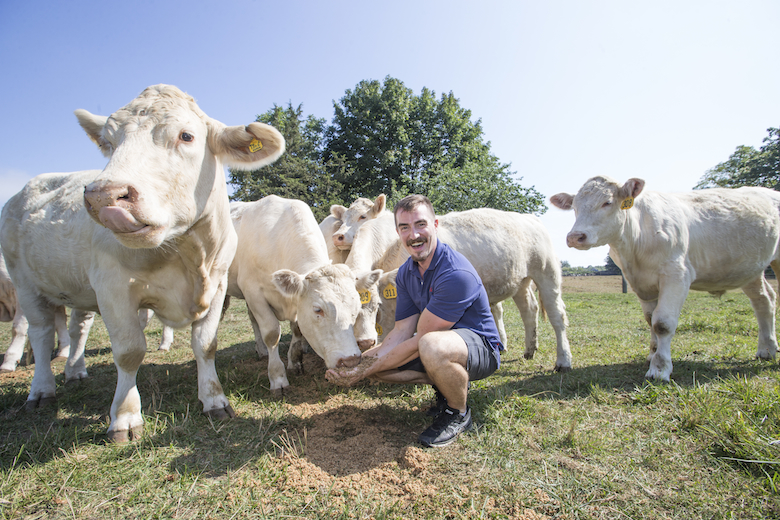 “It’s a nice way for human beings that enjoy food like us to partake in that circle,” says Taylor Knapp, chef at First and South. “Greenport Harbor Brewery has also done a really good job seeking out farmers in need of feed.”

And they aren’t the only ones. In fact, Riverhead’s Crooked Ladder Brewing Company now provides the North Quarter buffalo with its spent grain, something owner Ed Tuccio says has cut his feed costs in half when combined with the other local agricultural products—like the end of the season pumpkins, corn and potatoes—donated to his farm.

“People say, ‘Boy, living on Long Island must cost you a lot of money for feed,’” says Tuccio. “Well, in fact, living on Long Island makes it cheaper for feed because of all of these different crops that are around me.” North Quarter Farm has sourced brewers’ grain from all four North Fork breweries, as well as Blue Point Brewing Company, to keep its bison, which weigh up to a ton and eat 2 percent their body weight each day, healthy. 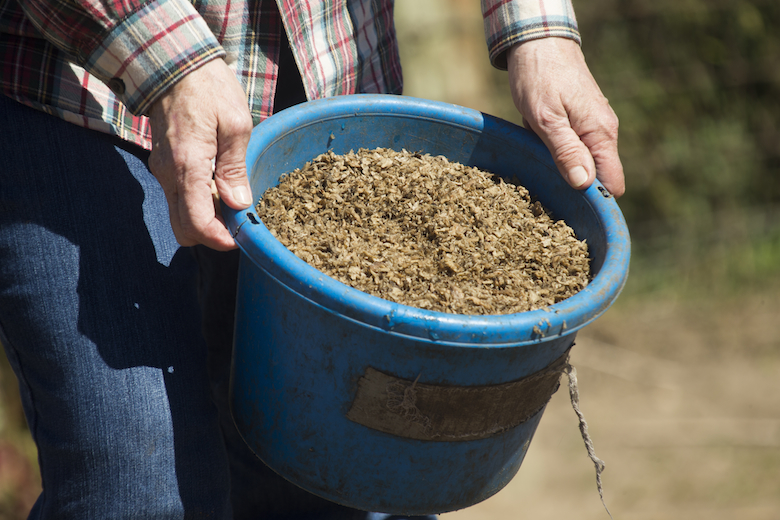 “A great deal of the carbohydrates is taken out of the grain to make beer, and what’s left is very digestible because it’s wet and high in protein, making it a superior product for the animals,” says Muma. “And when they sight the sacks [of brewers’ grain] they get to the fence not because they’re hungry, but because they like it.” 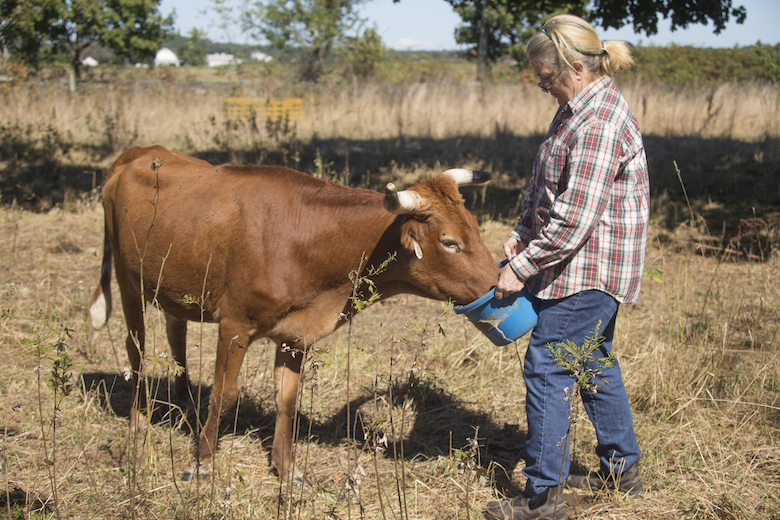 “If we didn’t have somebody to take our spent grain, we would have to bag it up, put it in a dumpster, pay to have the dumpster emptied more than we do now and then it would sit in a bag and rot in a landfill,” says Spitz of what amounts to more than 1,000 pounds of wet brewers’ grain every two weeks, despite Moustache’s comparatively small operation. “It would compost eventually, but this is getting a second use out of it.”

Neighboring operation Long Ireland Beer Company produces this amount of spent grain five to six days per week, much of which is donated to local farmer Hal Goodale for his cows, chickens, pigs and herd of 300 goats at Goodale Farms.

Goodale says he’s loved being able to keep feed costs down by giving spent grain to his farm animals but worries the days of free feed are nearing an end due to looming federal regulations.

“I’ve had it nutritionally tested, so I know it’s good to feed to our animals, especially the pigs, they eat it like oatmeal, but it’s like as soon as the government can figure out how to get a fee out of something…,” he says. “They’re seeing these microbreweries popping up all over the place and I guess because some people have been selling it, now they want to come in to test and regulate it.”