What did everyone use before they figured out to put hops in beer? 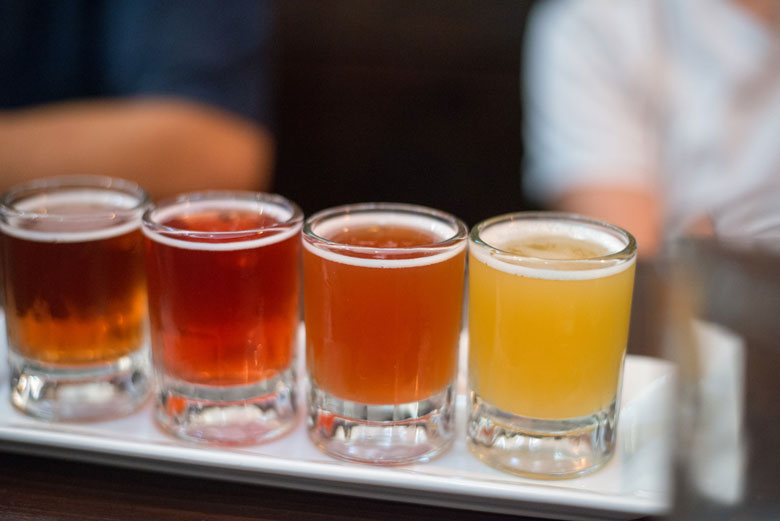 “Gruit? Did you mean to write fruit?” was one of the edits we received after writing about a Taste of Long Island for the fall issue and the herbal gruits the Brewers Collective plans to make there. Similarly, when we brewed a gruit for the Spring Craft Beer Festival at Nassau Coliseum about half the patrons ordered the “herbal fruit”, which admittedly does have a nice ring to it. So all this confusion raises the question: What the heck is a gruit?

Today beer and ale are often used as synonyms, but there is a distinct difference between the two. Ales do not contain any hops, a key ingredient in beer for bittering and preservation. Hops are the female flowers of Humulus lupulus and were introduced to ale around 1079 in Germany although they did not truly catch on until the 13th century. Prior to hops becoming an integral ingredient in beer, ale was flavored with what is known as gruit. Gruit is a mix of herbs, flowers, seeds or other flavoring components used to balance out the malty flavor of an ale. Heather is the most traditional ingredient, but brewers can get creative and use any mixture they desire.

As homebrewers our favorite gruit that we brewed along with Frank Filacchione of Long Island Beer & Malt Enthusiasts used spruce tips, rosemary and citrus zest. The idea to brew a gruit developed slowly; we originally just knew we wanted to do something that would stand out among the hundreds of other brews at a beer festival. Since many breweries are producing beers with more and more hops, we thought it would be interesting to go another way. As Filacchione put it, “Regular beer can get boring sometimes. Where else can you taste and smell herbs in a beer?” The brewing process is very similar, with the only difference coming at the point where hops would normally be added. Otherwise most homebrew recipes can be adapted to include herbal bittering and flavoring agents instead of hops. If you’re feeling adventurous and want to try something new Williams Brothers Fraoch Heather Ale, The Beer Diviner Ancient Gruit (made upstate) and Professor Fritz Briem 13th Century Grut Bier are all commercial examples available on Long Island.