This year, home cooks can pick up their latke ingredients local-style, at their neighborhood farmers market. Long Island potatoes, onions, eggs, apples and honey will all still be available and plentiful. 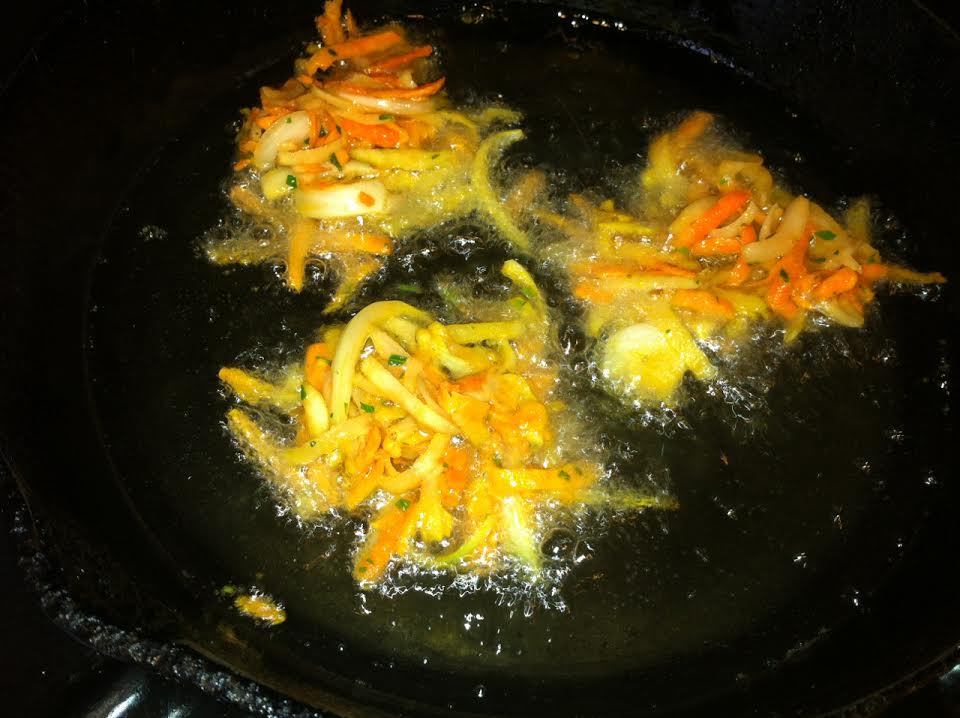 How come? (Bear with me and this should make sense.) The Gregorian, or secular, calendar is based on the sun (solar). The Jewish calendar is based on the moon (lunar). A solar month averages about 30½ days. The average moon cycle is 29½ days. Twelve solar months equals 365¼ days (that “¼” translates into a leap year). Twelve lunar months equals 354 days, which, in turn, result in 13 lunar months in a solar year. The difference between the Jewish calendar and the secular calendar is about 11 days per year. According to the Torah, Jewish holidays must fall within their appointed season. To ensure this, the Jewish lunar calendar makes an adjustment for the differential, by periodically adding an extra month every few years. If this were not done, Hanukkah might end up being celebrated in the summer.

While this “early” Hanukkah might pose an interesting juxtaposition with regard to holiday meal planning, shopping and family getaways, when it comes to the local food scene, it is truly a boon. The traditional food served at Hanukkah gatherings are potato latkes, fried in oil and served with applesauce (or sour cream). Most of our farmers markets remain open until the weekend before Thanksgiving. This year, home cooks can pick up their latke ingredients local-style, at their neighborhood farmers market. Long Island potatoes, onions, eggs, apples and honey will all still be available and plentiful.

“The oil for cooking potato latkes is symbolic of the Hanukkah story of the one-day supply of oil that miraculously burned in a menorah for eight days,” says Bhavani Jaroff of iEat Green in Old Westbury. Jaroff, a natural foods chef, educator, radio host and a food activist began iEat Green, a motivational and educational organization, in order to help families and organizations eat “greener.” Jaroff, “promotes eating organic, local and seasonal foods whenever possible, along with a diet high in fruits, vegetables and whole grains.” She vigorously “supports sustainable agricultural practices and encourages a connection between the farm, the farmer and the table.” She also makes heavenly latkes. Jaroff’s latke recipe is one that she “made up.” “I started with The Joy of Cooking and, over the years, I have tweaked the recipe and have come up with a latke that is crispy and light, cooked in minimal oil, yet retaining all the symbolism of the oil. My latkes are not weighted down, like the ones most often found in delis or in the frozen-food section of grocery stores,” says Jaroff. As a traditional accompaniment, her applesauce is divine in its simplicity. “Some people prefer sour cream, but applesauce is healthier and, besides, crisp apples are always plentiful this time of year,” adds Jaroff.

If only for this year, Jewish or not, make some room on your Thanksgiving table for potato latkes and applesauce and savor the uniqueness and rarity of this confluence of holidays.

In a large bowl, make a batter with the eggs, flour and salt. Then add the onions and potatoes. Mix thoroughly. Drop by spoonfuls into deep fryer or skillet with hot oil. Do not form into patties. Let them be free formed, with slivers of potatoes and onions sticking out. When brown and crisp, remove from oil and drain on paper towels. Serve with applesauce or organic sour cream.

*I usually make one first and taste it to decide if it needs more salt.

Peel, core and slice apples. Use either a rice cooker or saucepan. Add the apples, the apple juice or water, a little cinnamon and maple syrup or honey, if desired. Bring to boil, and lower heat to simmer. Cover and cook for 10 minutes, making sure the bottom is not burning.