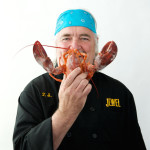 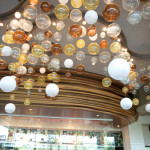 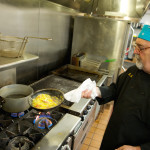 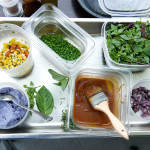 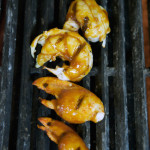 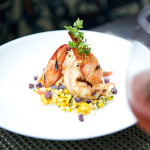 Why Tom Schaudel? Long, long before reality television made household names out of the victors of Iron Chef and Food Network Star, there was Tom Schaudel.

Long Island’s de facto top chef has been working in the restaurant biz, in virtually every capacity, since 1968. As a 15-year-old rabble-rouser kid from Carle Place (“hometown to two of the greatest guitar players of all time…Joe Satriani and Steve Vai”), he lied about his age to score a minimum wage dishwashing job at Sir Loin’s Steak Pub in Westbury. Washing dishes was the means to an end; the wannabe rock star guitarist needed money to purchase an amp. Under the sketchy tutelage of a cook named Shorty, a man with a “penchant for carrying unlicensed firearms and drinking,” Schaudel got a back-of-the-house baptism by fire. Ever the colorful storyteller, Schaudel entertainingly recounts tales of misadventures with Shorty that, in spite of the obvious recklessness, make one laugh out loud. Within a short amount of time, dishwashing led to a spot as a prep cook and an eventual reality check. “Being a mediocre guitar player was never going to earn me a @#$%load of money,” says Schaudel. Potentially influenced by Shorty and definitely inspired by his Swiss grandmother, who infused his senses with the smells and tastes of good fresh food, Schaudel enrolled at the prestigious Culinary Institute of America, then located in New Haven, Connecticut, and graduated in 1973.

In addition to his restaurants, Schaudel is also the culinary director at Brenda & Eddies (formerly Christiano’s, Syosset), Upstairs at the Mansion (Woodbury), Chow Down Diner (Bethpage), the Water’s Edge (Long Island City) and the newly opened Suffolk Theater (Riverhead). To most anyone this would be an exhausting lifestyle. To Tom Schaudel, not-so-much.

Schaudel is clearly proud of his Long Island roots, and it shows at his restaurants. At Jewel, the vast glass-walled wine cellar houses a 3,000-bottle collection of 300 labels, and at least 130 of those are Long Island wines. His menus also boast the seasonal best from Long Island’s farms and fisheries. When asked to prepare a quintessential Long Island summer dish, Schaudel immediately suggested mango-barbecued lobster with purple potatoes, corn sauté, tomato and basil because “it screams summer.” Sporting an ever-present colorful bandana, the always-animated Schaudel asked rhetorically, “What are the four things we think of when it is summertime here on Long Island? Lobster, corn, tomatoes and basil.” Who would question that?

So, here we are, some 40 odd years later and Tom Schaudel is now a 60-year-old rabble-rouser (ask him about his foie gras tattoo). He is still playing electric guitar (he did manage to earn enough at Sir Loin’s to purchase that first amp) with his band, Hurricane, and is still masterfully and creatively working it, Midnight Rider–style in his now-famous restaurant kitchens throughout Long Island.

Betsy Davidson is the editor of Edible Long Island.

Drop the lobster in a pot of boiling water, remove after five minutes and shock in an ice bath to stop it from cooking any further.

Slice the lobster lengthwise all the way through into two halves. Remove the meat from the tail and claws, being careful to keep them intact.

Bring potatoes to a boil in salted water and cook for approximately 20 minutes to soften and drain. Place potatoes on a baking sheet and dry out in a 375° oven for 8 to 10 minutes. Remove to a ricer or food mill and mash adding the butter and half-and-half until you reach the desired consistency for your potato mash. Season with salt and pepper and keep warm.

Melt butter in a sauté pan over medium heat. Add the corn, and sauté just enough to set the color and heat through. Add the diced mango, reserving the puree for the BBQ sauce and the cherry tomatoes. Cook an additional 1 to 1½ minutes until the mango and tomatoes are heated through. Add the basil. Toss and season with salt and pepper.

“What are the four things we think of when it is summertime here on Long Island? Lobster, corn, tomatoes and basil.”

Schaudel is clearly proud of his Long Island roots, and it shows at his restaurants. At Jewel, the vast glass-walled wine cellar houses a 3,000-bottle collection of 300 labels, and at least 130 of those are Long Island wines.

To most anyone this would be an exhausting lifestyle. To Tom Schaudel, not-so-much.