Maybe at a Snail’s Pace, but Peconic Escargot is Coming 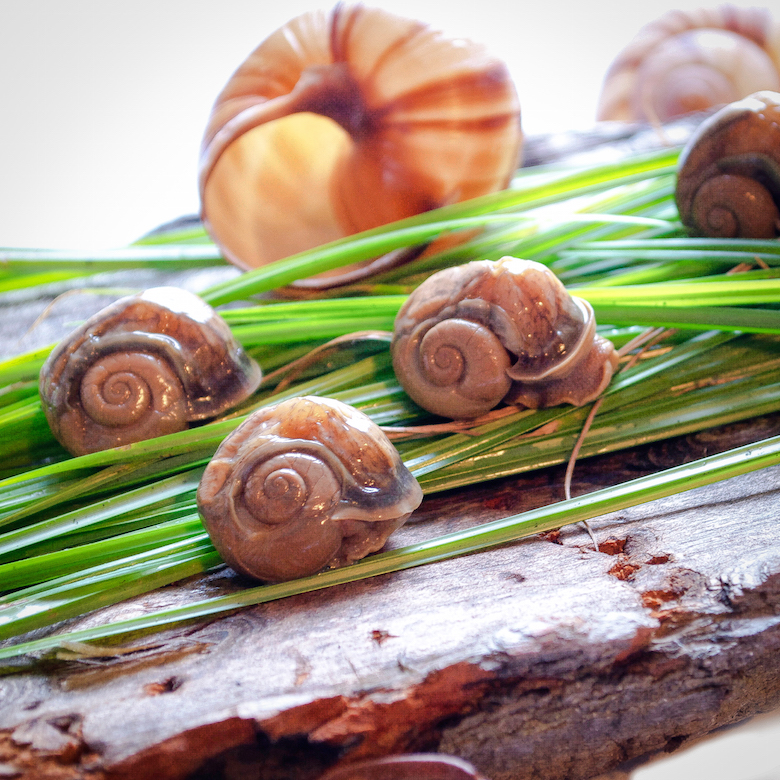 Some things need a little time to get going. Like they’re slow. Like snails. That’s part of the deal for Taylor Knapp, chef at First and South in Greenport, who with business partner Sean Nethercott established a Kickstarter in September to fund a business raising fresh culinary snails. Unfortunately, the goal of $35,000 was not met by October 1, but that has not dampened their desire to provide chefs and home cooks with a product superior to what’s available now: frozen or canned snails, mostly from France.

The duo’s plan is to raise snails in covered greenhouses on land in Cutchogue managed by the Peconic Land Trust. Other fresh snail farms are operating in the United States, says Knapp, but these snails are raised in open pens, and their diets, mostly made up of plant material, are hard to regulate. If he can regulate the snails’ diet, he can add particular herbs, like rosemary for snail foccacia; or mushrooms for a snail risotto. He will feed them fresh fruit and vegetables, and possibly acorns.

Knapp’s research convinced him the demand for fresh snails was enough to consider the business viable, so he’s been working with an invertebrate zoologist with the USDA to test breed and has been pleased with the results. So pleased that he’s not going to give up. He and his partner are actively wooing investors and hope to be delivering vacuum-packed snails around the country soon. The snails will be sold by the pound for $35 to $40, with about 100 snails per pound.

Although the Kickstarter campaign was a disappointment, Knapp is not deterred. “I don’t go down that easily,” he says.

As he explained to followers on Facebook, this clean diet and same-day shipping will eliminate the need for preservatives, salt, oil or water, heat, and freezing. “Just really freakin’ fresh escargot.”