Hedge funds to hedgerows is a major adjustment. 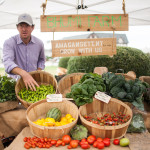 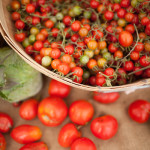 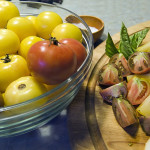 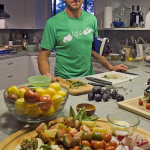 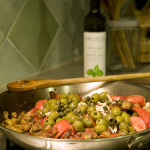 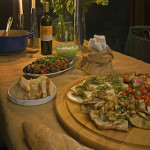 Frank Trentacoste, 40, a first-year organic farmer, must have taken lessons from Paris Hilton on how to court the press. The New York Post touted his transformation from hedge-funder to Farmer Frank before he even put his first seeds into the dirt.

Seeds are the least of it. He was lucky, unlike most new farmers, that he had the capital to buy a new truck, tractor and equipment, not to mention a house in Amagansett, only a bike ride away from his leased farmland.

“The leased land is a good rate,” he says over dinner on his screened-in porch, overlooking a pool and gardens full of sunflowers and blue hydrangeas. “Then, after that, you’re in the land of hurt.”

It’s late August, and Trentacoste looks tired. His brown hair is as overgrown as the weeds in his fields and probably lighter than it has been since he was a child. His weight is back to where it was in school. His Sicilian parents expressed concern over his dwindling size, but Trentacoste says it’s exactly as it should be.

As a boy in Lynbrook, Long Island, with three siblings, his parents taught him to work hard, do the right thing and build a strong family unit. His yoga practice teaches him to accept things as they come.

He has taken the steep learning curve of a first-year farmer in stride, despite the crows feasting on his late-summer crops of melons, tomatoes and zucchinis.

Previous farming experience amounted to picking vegetables at Quail Hill Farm, but a few summers in the field was enough to convince Trentacoste to become a vegetarian and reinvent himself. He named his farm “Bhumi Farms” after the Hindu goddess of earth.

“The food I’m selling goes into humans,” says Trentacoste, reaching over a burlap-covered table for a slice of red radish. “It’s a well-intentioned farm.”

The hours may be the same, but the pay is not. Trentacoste figures he grosses .67 cents an hour. He worked three farmers markets, in Montauk, East Hampton and Bridgehampton, averaging $80 for each 10-hour day. “All my estimates were off,” he says. “I didn’t expect such bad markets.” So he’s rethinking that strategy. “I picture the farm different next year,” he adds.

The picture includes spending less time under the market canopy, a concentration of goods sold, laying crops out differently, offering work-shares and focusing more deeply on his community-supported agriculture members. His 25 CSA shareholders get a lot of attention already, and he is hoping to keep them with a New York City delivery fall share.

Trentacoste also offers cooking classes and will cook brunch or dinner at a member’s home or anywhere else there are people who want to learn how to use vegetables, ideally from Bhumi Farms. On this night, he is cooking in his own home. A guitar is propped up against a mid-century modern chair. The living room opens up to the kitchen where Trentacoste is preparing his popular caponata.

An assortment of Bhumi Farm radishes, Yellow Taxi tomatoes, Matt’s wild cherry tomatoes, a mixture of fennel, squash, zucchini, dates and jalapeño on top of smoked mozzarella, and shiitake mushrooms and parsley on toast finished with Arlotta extra-virgin, rosemary-infused olive oil, is offered to guests on a wooden cutting board.

“The more you farm, the less you want to mess with your food,” he says.

A bowl of cubed Galine eggplant sweats from a generous sprinkling of salt. He drains the water at the bottom of the bowl and with it the bitter taste. Garlic and red onion are sautéed before browning the eggplant and adding tomatoes, tomato paste, almonds and briny green olives.

“Most people are interested in learning how to cook more healthy meals,” he says, “but they’re scared to cook.”

A scarecrow might have been one thing this former financier/farmer overlooked. Out of 50 melons the crows ate, one little yellow melon remains, on the kitchen island, perhaps to be served as dessert.

“It happened real fast. The more I looked, the more I noticed,” he says. “I freaked out actually.”

Trentacoste missed three markets, a forced holiday which induced withdrawal symptoms like depression. “The highlight of my week are the conversations at the market,” he says, slicing greens into ribbons. “These are broccoli leaves, nobody uses these.”

As Mumford & Sons play in the background, Trentacoste sautés the greens with onion and tomato and mixes them into a bowl of waiting bulgur wheat, sprinkled with lime juice and olive oil, yogurt with mint as a side.

“As exhausting as it is, you get attached,” he says of his short time away from the farm. “In truth, the farm needed a day off from me.”

The crows were kind enough to leave enough shishito peppers for him to sell to Navy Beach restaurant in Montauk where they are a fan favorite, but the experience was a wake-up call. “Starting is not where I’ll end up,” he says.

As far as Trentacoste is concerned, education is the future. He sees himself teaching children about where their food comes from and healthy eating choices. One of his greatest joys is when Bhumi Farms CSA members bring their children into the field to pick vegetables, and he sees the sense of ownership and pride the simple act creates. Trentacoste’s message to the press is pretty simple, too. Get to know your local farmer and eat healthy, organic foods.

Back at the Montauk Farmers Market a few weeks later, Trentacoste’s baskets are filled with gorgeous fall greens, for the most part. “I sold out of spinach,” he says, filling in the empty space with kale.

No one said it was going to be easy.

A bowl of cubed Galine eggplant sweats from a generous sprinkling of salt. He drains the water at the bottom of the bowl and with it the bitter taste. Garlic and red onion are sautéed before browning the eggplant and adding tomatoes, tomato paste, almonds and briny green olives.