Kareem Massoud is the East End’s evangelist of screw caps on wine. 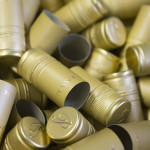 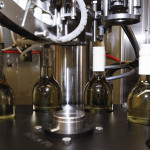 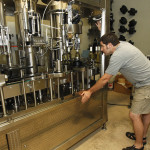 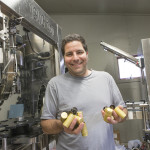 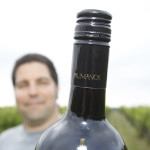 The world of wine evolves slowly. Resistance to change is driven by the observance of traditions that have been around for a thousand years. As it evolves, however, there are still those who stick with, or return to, the practices of their forebears. In Italy, some winemakers are making their wine in clay amphorae buried in the ground, eliminating the need for refrigeration and stainless steel, which was first patented 100 years ago this year.

In our day the biggest change is the introduction of screw caps in place of corks. Traditionalists argue the benefits of cork, saying it helps the wine age and preserves a ritual that lends to the romance of opening a bottle of wine.

Brian Sckipp, an owner of Sherwood House, which uses natural cork (and synthetic corks on wines meant to be drunk young), puts it this way: “What I really like is pulling the cork out of the bottle hearing that pop. I like doing it. It appeals to, I think, how we want to be represented as a winery.”

But screw caps have come to Long Island Wine Country via their most fervent advocate, Kareem Massoud of Paumanok Vineyards in Aquebogue. Don’t get him started; his argument supporting his family’s winery purchase of a screw cap bottling line in 2008 is extensive and comprehensive.

“The number one reason we switched was to guarantee quality in our wine,” he says. “To say that it’s frustrating to winemakers to have their wines compromised by a closure is an understatement. Natural cork is inherently imperfect. Any given two corks are not going to be identical.”

Massoud is referring to the 5 to 10 percent of wine that’s spoiled by a bad cork that has been affected by molds and chlorine, resulting in 2,4,6-trichloroanisole or TCA. That number of tainted bottles is in dispute, with the cork industry at the forefront publicizing their product’s reliability.

But Massoud doesn’t want to take that chance. One’s ability to detect TCA varies from person to person. “Say you’re at a restaurant and you buy a $500 bottle of wine. You think it’s corked, but the sommelier doesn’t. Who knows who’s right, but wouldn’t you want to avoid that? We’ve sunk so much money and years into producing a bottle of wine, and then only at the very end you stick in something that could go wrong?”

It’s true that installing a bottling line is expensive. The Massouds spent nearly $50,000 for theirs—a steep barrier of entry. Another is happiness with cork, as it, too, has evolved. Winemaker James Christopher Tracy praises the efforts cork companies have made to eliminate TCA. “They have come a long, long way,” he says. But also Tracy and his partners at Channing Daughters like the “history and the romance of cork. We like the way they look feel, sound…. There’s no better stopper than natural cork. Every closure has good and bad connotations. You just trade one set of problems for another, just like containers and vessels.” And Tracy says corks “are a renewable, sustainable more environmentally friendly resource.”

Natural corks are made from the bark of cork oaks. Stripping the bark does not harm the tree, which grows another layer, so naturally cork producers take care of their trees. But the sustainable argument does not hold up for Kareem Massoud.

“Screw caps can be recycled,” he says. “It is a renewable resource. And if you’re going to get into that argument, ‘What’s the carbon footprint of shipping corked wine around the world?’” He adds the German manufacturer that supplies Paumanok buys carbon offsets.

But one of the biggest obstacles screw caps had to overcome was the question of how wine would age with that closure. Corks, supporters said, allow a slow ingress of air that mellows wine and turns it into what collectors know and love. At the advent of screw caps, there was no research as to how wine would behave over the years with such a tight seal.

Massoud says this argument has been settled. Wine does age more slowly under tin, he says, but that gives it the advantage of being fresher longer. He also points out that wine in larger formats, like magnums or three-liter bottles age more slowly, too. Something that collectors appreciate and he has witnessed with his own wines. Paumanok first started bottling red wine under screw cap in 2006 but also kept some under cork. He has been tasting them side by side since and appreciates the longevity and freshness of tin closure. “The wine is more well preserved, cleaner and fresher, and all I’ve changed is the closure.”

Now all of Paumanok wines are under screw cap, except for the high-end reds, which they still do about half and half to give consumers a choice. But even at the high end, Massoud says, “some people have no problem with screw cap because they’ve listened to our rationale.”

Another benefit of the tight closure of screw caps, Massoud says, is that he can use fewer sulfites as a preservative. “If there’s less air getting in the bottle, why would I use more preservatives?” he asks. “And when you add sulfites to a red, it hardens the wine. Before it tastes softer. After the addition, it’s harder, more astringent and drawn in.” This allows him to have more choices as a winemaker.

“Everyone over the age of 30 or 40 sees the world of wine through a cork lens. But we’re experiencing a paradigm shift,” he says. “The wine does age differently, but it also ages differently depending on the length of the cork. I am inhibiting the development, but I’m adding less preservatives.”

He also says the tin closures save them money in the long run, along the lines of 25 to 50 cents a bottle. “That it costs significantly less is a fringe benefit. If it’s not economically sustainable, then it’s not sustainable.”

Massoud has a brother-in-arms in Russell Hearn, a winemaker with two of his own labels, SuHru and T’Jara, and an owner of Premium Wine Group, where many independent producers bottle their wine. Premium bought a screw cap bottling line in 2009. All of his wines use screw caps, and he says about one-third of the wine they bottle at Premium is under screw cap. “People were starting to ask for it,” he says. They went big and spent $80,000 for a line that will do Stelvin closure, where the threads are visible, and Stelvin Lux, where the threads are hidden. The Australian native says in his home country you’d have to search for a wine under cork. Even Penfolds Grange, the most famous of Australian reds, does not have a cork.

Such consumer acceptance is not far off in the U.S., Hearn believes. He says he’s seen zero push back from wine buyers in restaurants and retail shops, “And most people under 35.

The only way to find out the difference between a wine under screw cap and under cork is to taste them side by side. Luckily, the Massouds still have bottles of their premiere wine from the 2007 vintage, Assemblage, a blend of 69 percent merlot, 22 percent petit verdot and, 9 percent cabernet franc, which was bottled with both closures. So I set up a dinner party, printed tasting mats, had a friend pour the wines into different label-less bottles. Everyone got two glasses, and we tasted them working through the differences in color, aroma, flavor and finish. Tasting attendees included Kareem Massoud, the man who made the wine, and Karen Kankel, salesperson at Paumanok, Out East Foodie Laura Luciano and her husband, Chris Jeffrey, and my two friends Dan Pfeifer and Michael Nuzio. So in other words we had a range of wine expertise from professional to enthusiast to happy-to-drink-anything.

The colors of the wines were almost identical with one a little bit more purple. For me there was a pronounced difference in smell, because one smelled younger, more fruity. The other was creeping into what we call “secondary aromas,” which come with aging: leather, tobacco, etc. Finally, I found the same to be true on the palate, except I found one to be a little more angular, with the oak flavors sticking out more.

My guests hemmed and hawed, sipped and swirled, naming one their favorite and then changing their minds.

The big reveal showed that the more purple, fruitier wine with less integrated oak was the one with the screw cap. Both were excellent wines, but consistent with Kareem’s theories, the screw capped was fresher and younger seeming, even though it’s the same age as the wine with the cork closure.

(And yes, blind, Kareem was able to tell which wine was which.)

Screw caps have come to Long Island Wine Country via their most fervent advocate, Kareem Massoud of Paumanok Vineyards in Aquebogue.

One of the biggest obstacles screw caps had to overcome was the question of how wine would age with that closure. Corks, supporters said, allow a slow ingress of air that mellows wine and turns it into what collectors know and love.

Paumanok first started bottling red wine under screw cap in 2006, but also kept some under cork. Massoud has been tasting them side by side since and appreciates the longevity and freshness of tin closure.