The fourth annual HARVEST EAST END, the largest tasting of Long Island wine on the Island, is this Saturday, August 24, featuring wineries, top restaurants, food makers and so much more. Edible will be there and so should you. 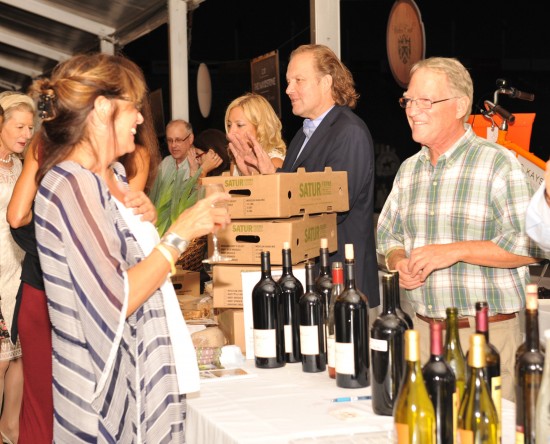 It was 40 years ago this summer that Louisa and Alex Hargrave planted the first vinifera (the European species used to make wine) vines on Long Island. Now Long Island Wine Country is on the map. Our wines are being sold internationally and New York City (one of the country’s biggest markets for wine) has embraced local juice as part of the farm-to-table movement.

So it is fitting that Louisa will be honored at the fourth annual HARVEST EAST END, presented by Wine Enthusiast Magazine this Saturday, August 24. Beside her will be John Ross, chef, author and one of the fathers of North Fork farm-to-table cuisine while he was behind the stove at Ross’ North Fork, which opened in Southold in 1974 and closed in 2000.

The evening, emceed by writer and Best Cellars founder Joshua Wesson, will showcase wines from 42 Long Island winemakers and will feature more than 34 regional chefs at McCall Vineyard & Ranch in Cutchogue.

HARVEST will benefit East End Hospice, Group for the East End and the Peconic Land Trust as well as new beneficiary, the Long Island Farm Bureau Promotion & Education Foundation. HARVEST is organized by the Long Island Wine Council with support from Merliance.