The raw milk on Sound Avenue is a labor of love. 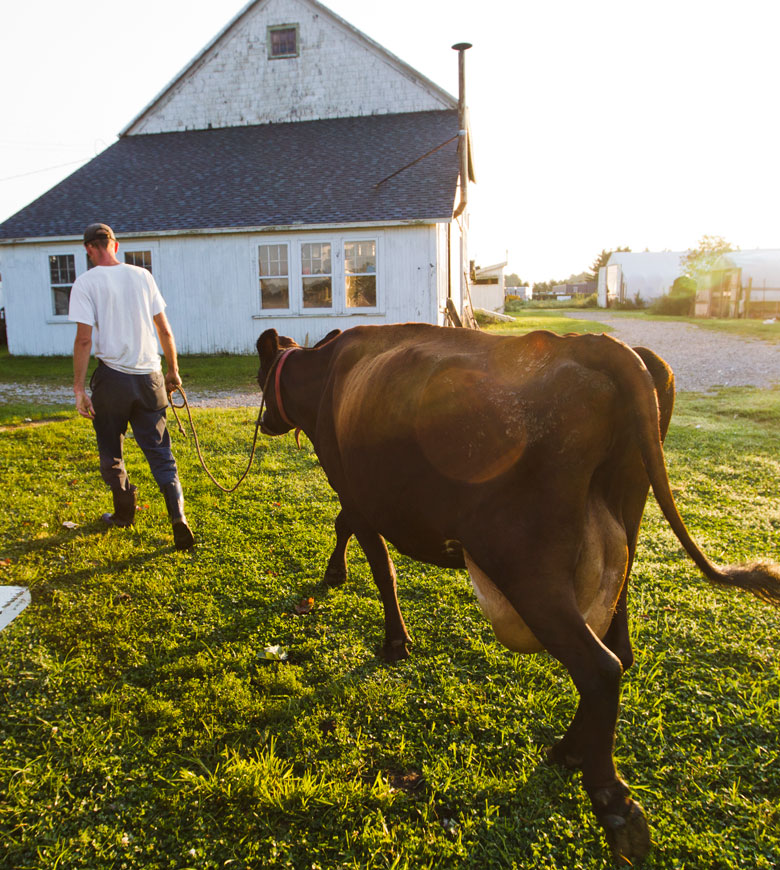 As the old joke goes, they haven’t invented a five-day-a-week cow, so dairymen work every day. Not just that, cows have to be milked twice a day. And Chris Wines of Ty Llwyd Farm in Riverhead does it. At 6:30 a.m. and 6:30 p.m.

In the morning, he gets up and walks outside to herd whoever is lactating into his tiny dairy. He then hooks her up to the milking machine; when it’s finished he puts the milk in a cooler. That’s when he goes inside for breakfast. By the time he’s finished eating, the milk is cool enough to bottle, and out it goes to his family’s farm stand just off Sound Avenue. Because the milk is raw, New York State—where the farm sale of raw milk was recently legalized—gives him one day to sell it. In your refrigerator it will last 7 to 10 days.

In 2009 when Wines, now 30, bought his first cow, a Jersey, from Art Ludlow, the cheesemaker in Mecox on the South Fork, this seemed like a good idea. His parents sell eggs and vegetables—as well as an impressive variety of potatoes—so why not start his own business? Now he’s not so sure. Or that’s what he’ll tell you in the dry humor of a man who doesn’t speak much.

Today Wines has nine cows and his learning curve has leveled out. The milking machine was bought soon after he first tried milking by hand. “That was no fun,” he says. “A lot of kicking and peeing and pooping. She was not used to getting hand-milked.”

That first cow was pregnant, so soon Wines had two. “That’s when all the trouble started.”

Wines’s cow’s milk is unique on the East End because it is raw. Ludlow turns most of his into cheese and Goodale Farms, just a little bit to the west, pasteurize their milk. In order to sell raw milk, Wines had to secure a permit from the State of New York. Aside from the one-day rule, he must also sell all the milk on the farm stand: no farmers markets or wholesaling to restaurants. And he must post a sign at the farm to let people know the milk is raw. 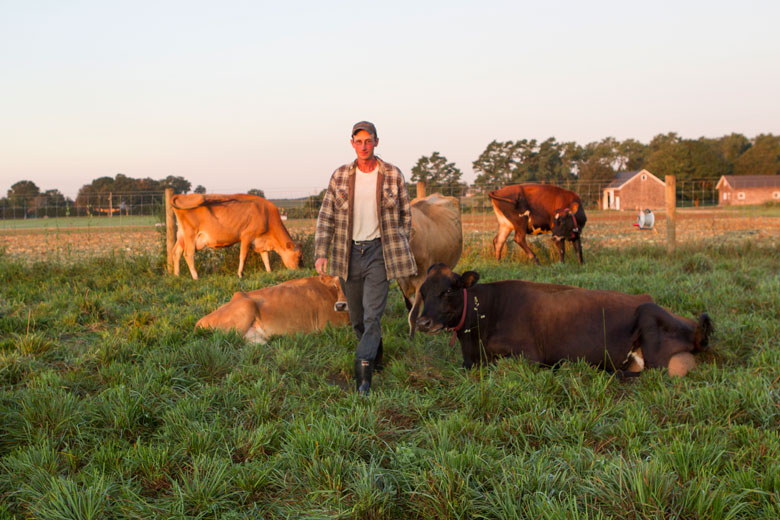 In addition, Wines’s cows are entirely pasture fed. He does not give them grain, even though it could mean more milk per cow. Production amounts are subject to many variables, but he says he gets about 35 pounds of milk per cow per day, adding that a commercially raised Holstein can give up to 90 pounds per day. The decision, he says, to limit where he can sell the milk—farm stand only—and restrict the cow’s feed to grass—which keeps production down—is because he thinks it tastes better. The locals seem to think so, too. There are very few days when he has milk left over.

And milk is probably going to remain his sole product. There are no plans for yogurt or cheese. “I’d have to hire someone for that,” he says. And right now he’s hesitant to do the math to see if even he is getting paid enough for the time he puts in.

There was also a lot of upfront capital to get the business started. He economizes where he can. With a grant he was able to install a solar water heater to wash the milk bottles. Customers put down a $2.50 deposit for the bottle and most return them on their next visit.

But expanding he is, which he does by artificial insemination. The “cow in a can” comes in the mail, and he does the deed himself. He says the herd will have to top out at 15, because the standard is to have two acres per cow, and his family farm is 33.

So it’s out to the barn twice a day to visit Candy, Casper, Thyme, Melbourne, May, Clover, Zoe, and the two steers Angus and T-bone. (“We’ll probably eat them one day,” he says.”) “I do love them,” he says. “Most of the time.”