Editor’s note: It’s early August, which means tomato season is peaking (the Tomato Lady in Sag Harbor just opened this week). But, for those Peconic foragers among us, it’s also time to harvest sumac, the native tree whose red-berried cones are reaching their zenith of flavor.

I was an 8-year-old city boy on a nature hike in the Catskills. After pointing out ripe blackberries and letting us all taste the sweet, juicy fruits, the leader of the tour pointed to a short, bushy tree with brilliant red cones on the tops of the branches. “That’s poison sumac!” she said. “Never touch it.”

Fast forward 20 years, and I am a young doctor in residency with an interest in wild foods and their possible health benefits. I read a newly popular book by Euell Gibbons called Stalking the Wild Asparagus. To my amazement he has a chapter on sumac with recipes for drinking teas made from those same red cones I was warned against many years before. I quickly un-learned my “false” lesson and explored this wild food: I’ve been enjoying it ever since.

The staghorn sumac, named for the velvety covering on its new branches, similar to the velvet on a stags new antlers, is a common and widespread species of edible sumac. It shares the Latin name rhus with hundreds of other species, several of which are “poisonous,” but not lethal. They can produce itchy rashes on contact, such as poison ivy, poison oak and even a species of sumac called poison sumac. It is impossible to mistake the edible sumac, such as the staghorn, with the poisonous one. The large, bright red cones of the edible sumac at the tips of the branches look nothing like the small clusters of white berries of the poisonous plant.

The sumac gives us a fruit, the big red cone, composed of individual drupes, similar to the little drupes that make up the knobbed appearance of common raspberries and blackberries. The plant also gives us a spice, derived from the seed inside each drupe which is dried and ground into a red powder that looks like paprika. This spice has been used for thousands of years, particularly in the Middle East and Near East, as well as North Africa. It makes an attractive topping on foods such as hummus, with a mild spicy flavor.

Native Americans of the Northeast, where sumac abounds, have used this fruit for millennia to make a tart drink and the white settlers quickly learned this technique too. The natives also used its narrow branches, with pithy centers, to fashion pipe stems after they removed the pith to hollow them out. And there are reports that they also mixed dried sumac leaves with tobacco and placed that in their pipes.

I enjoy the dark green color and shape of the sumac’s summer foliage, sometimes appearing tropical like palm trees, and other times like a tree in a prehistoric jungle awaiting megafauna to eat its fruit cone whole and wander off to propagate its seeds. In the fall sumac’s leaves turn a bright red. In leafless winter the staghorn sumac tree looks like large antlers reaching for the sky, making sumacs popular ornamentals. 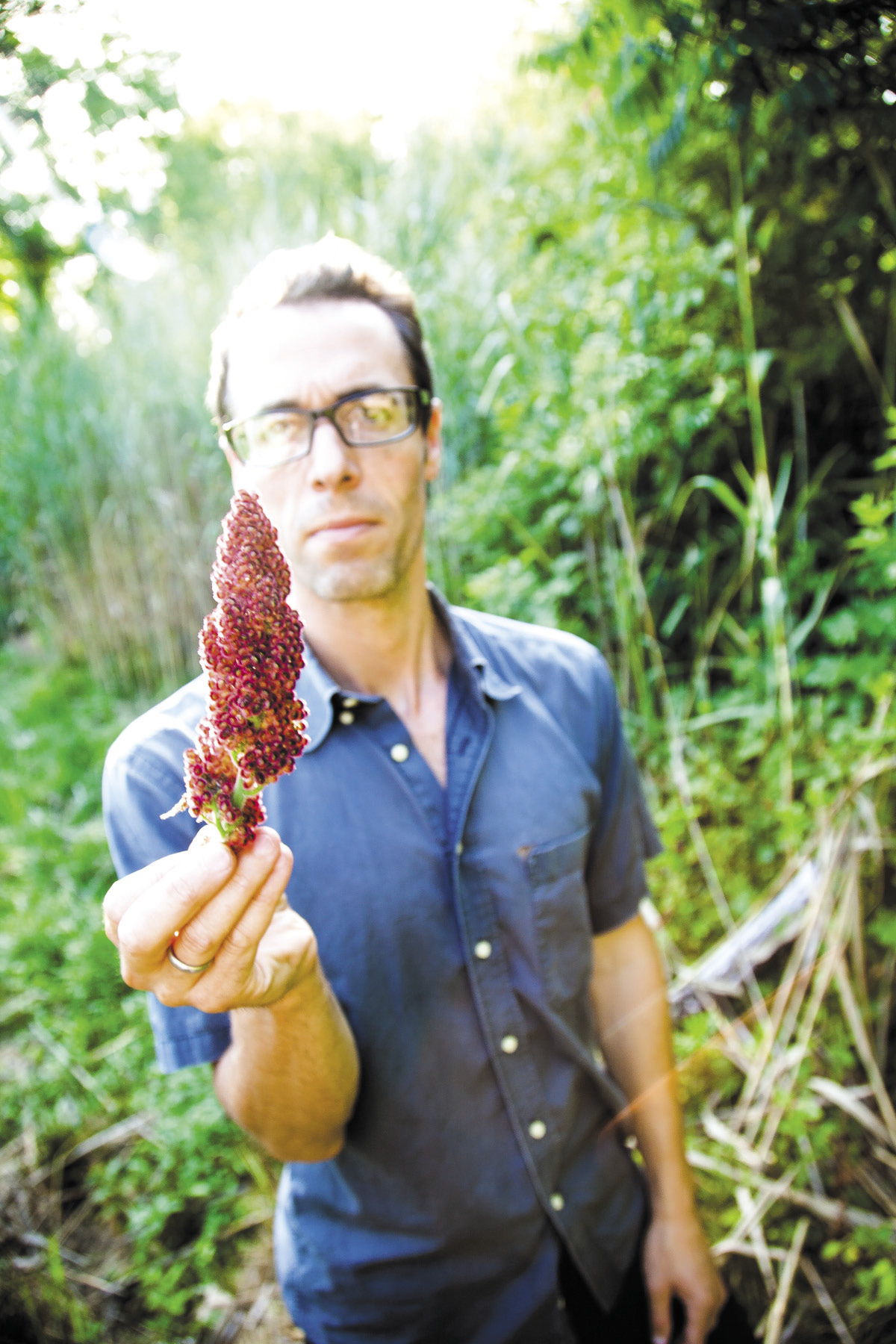 Harvest the red cones in August when they are bright and full and before heavy rains that can wash out their color and flavor. Taste one drupe before picking to make sure that it is ripe, with a tangy, lemony flavor. A tablespoon or two of the drupes steeped in hot water, or left to sit in water outdoors on a sunny day, should yield one to two flavorful cups of  “Indian lemonade.”

Be sure to filter the pink liquid through a tea strainer, cheesecloth or paper coffee filter before drinking to remove any fibers that naturally occur with the drupes. The cones store well in a paper shopping bag in a cool place for months and should yield good tea until springtime when mints can be harvested from the herb garden for a different tea.

Many herbal teas are considered diuretics, improving kidney function and ridding the body of toxins. Sumac tea falls into that category. In any event there are definitely micronutrients in sumac, vitamins and minerals, that are good for health. Plus there is the added healthful psychological boost of knowing that this local tree that provides a tasty, seasonal drink, as well as a spice, has been used by millions of people for thousands of years. And you gathered it from living nature in your backyard.