So many ways to prepare this multi-faced vegetable. 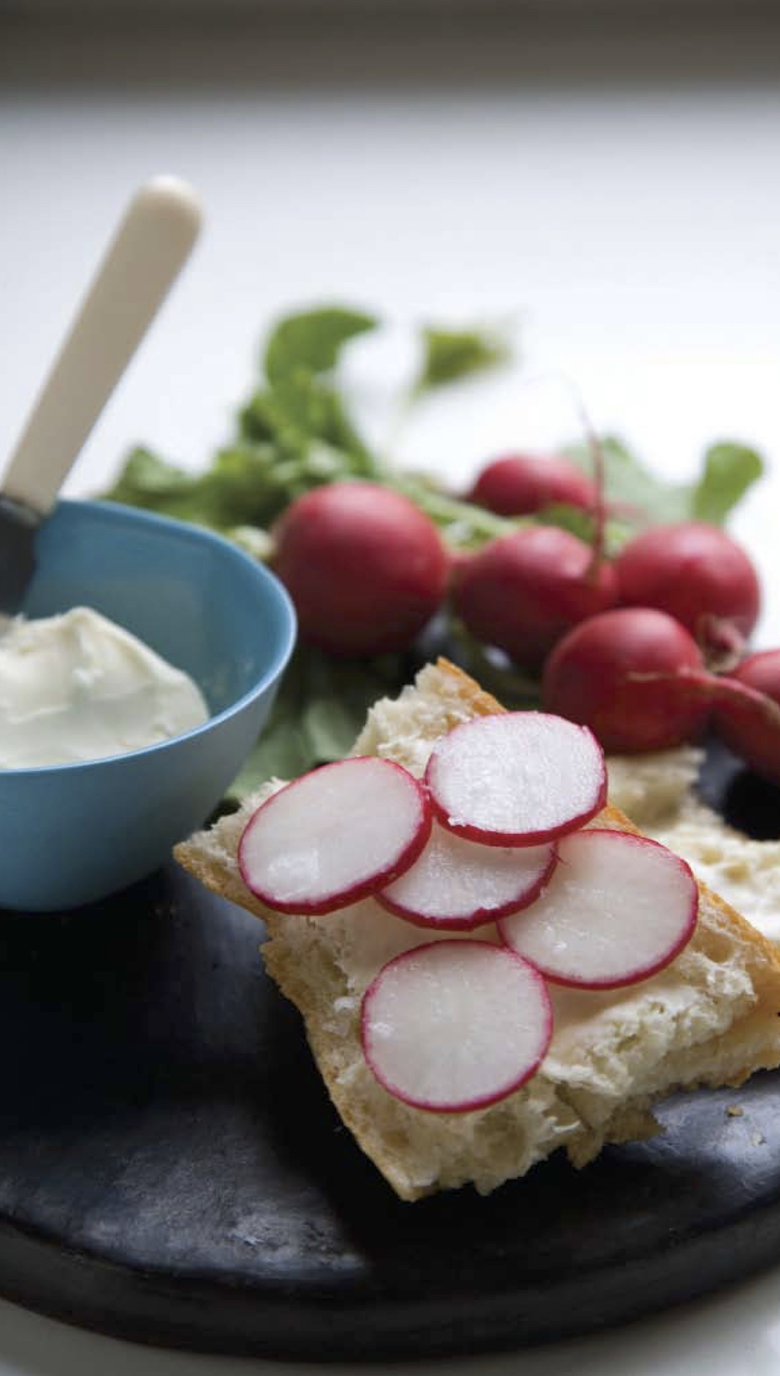 The lowly radish is a vegetable suited for those who need instant gratification. Harvestable bulbs appear a mere 30 days after planting, making it a spring favorite for gardeners and farmers.

And for the time-sensitive chef, this crop — whose name derives from the Latin for root and whose prehistoric uses from Western Europe to Asia to Africa confound pinpointing its place of origin — offers an endless selection of quick preparations.

“Oh, radishes, what can you do with them,” says Karen Lee of Sang Lee Farms in Peconic, where a half dozen types of radishes (from monstrous Japanese daikon to dainty round red and white French radishes to oblong Chinese lobak) are available year-round. Lee’s infinite radish permutations depend mostly on how they are chopped and the prevailing seasonings.

For a slaw, Lee reduces the radishes to matchsticks and chops in kohlrabi, bok choy or other spring greens. Square chunks of chubby Korean radish work best for stir fries with cran-raisins and tatsoi, whose dark green juxtaposes with the radish’s white. Grating creates perfect garnishes for sashimi. Long slivers work best for radish sandwiches: “Certainly just slicing them up with a little salt and butter on a baguette is a nice side or brunch or lunch item,” says Lee.

Cooking makes any radish a bit milder and sweeter, especially when it enters the wok before other ingredients and has a chance to caramelize. (Radishes picked in later spring and early summer pack more nose-opening heat, mellowing by the cooler months. Some of Sang Lee’s clients boil the green top into strong medicinal brews with anecdotal success for everything from the common cold to cancer.)

A wine vinegar, extra-virgin olive oil and a little Dijon mustard is one topping for salads. Fresh or candied ginger with sesame seeds and sesame oil gives a little Asian tone to slaws. Quick pickling takes only a bit of vinegar and salt.

Perhaps the simplest preparation involves nothing more than plating young, fresh picked radish with a bit of sea salt for dipping. The tender greens make a perfect handle and taste like arugula. “It’s a natural and very elegant way to serve them,” Lee explained. “People can hold the greens while they chomp on the radish and then they can choose to eat the greens or not.”