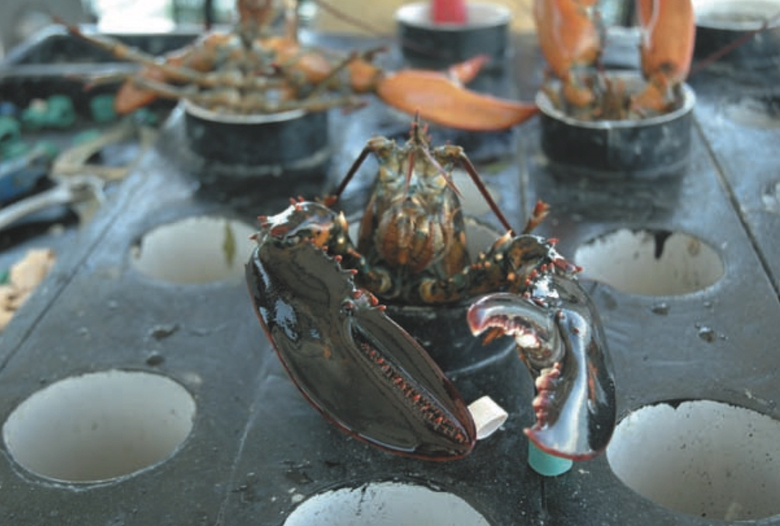 On September 28, friends, protectors, and admirers of the Great Peconic Bay will gather at the Lobster Inn just off Highway 27 in Shinnecock Hills for the Peconic Baykeeper’s ninth annual Lobster Bash. The restaurant isn’t far from Clam Road and looks onto Cold Spring Pond, where baymen still rake clams, oysters, and the occasional scallop. Much of what is served at the benefit will be from local waters, including blue mussels and soft-shell clams. But in the years since the event started, Lobster Inn owner Skip Tollefsen has had to look farther afield for the lobster, flounder and other seafood.

The just-released Baywatch 2006 report noted that although last year’s Peconic Bay scallop harvest was the largest in recent memory, an increase in shellfish die-offs and bed closures has been tied to “nitrogen loads coming from the land” (a.k.a., seepage from septic systems and lawn and farm fertilizers). “Mentally, we’ve moved away from our waters and what they provide us,” said Kevin McAllister, executive director of Peconic Baykeeper, who spends his days going from water body to water body, assessing nutrient levels, habitat losses, and marine life—and then encouraging politicians, businesses and citizens to be concerned. (Peconic Baykeeper is affiliated with the international water protection organization Waterkeeper.)

McAllister encourages citizens to shift towards “bayscaping” (increased use of native plants and reduced use of lawn chemicals), eliminate the use of chlorine in pools, upgrade failing cesspools, encourage the use of vessel pumpout facilities, “respect wetlands” near your property, and encourage “cluster zoning” that preserves farms, forests and stream beds. “We’ve got to get people tuned in,” he said, “so the baymen and seafood businesses can flourish and the rest of us get to enjoy great seafood without worrying about them being polluted or not there.”

This year’s Lobster Bash will feature an advance tasting of Lenz Winery’s new Peconic Baykeeper chardonnay and merlot, whose sales help support the Peconic Baykeeper. Tickets are $100 for adults and $45 for children. (631.323.2320 or info@peconicbaykeeper.org.)